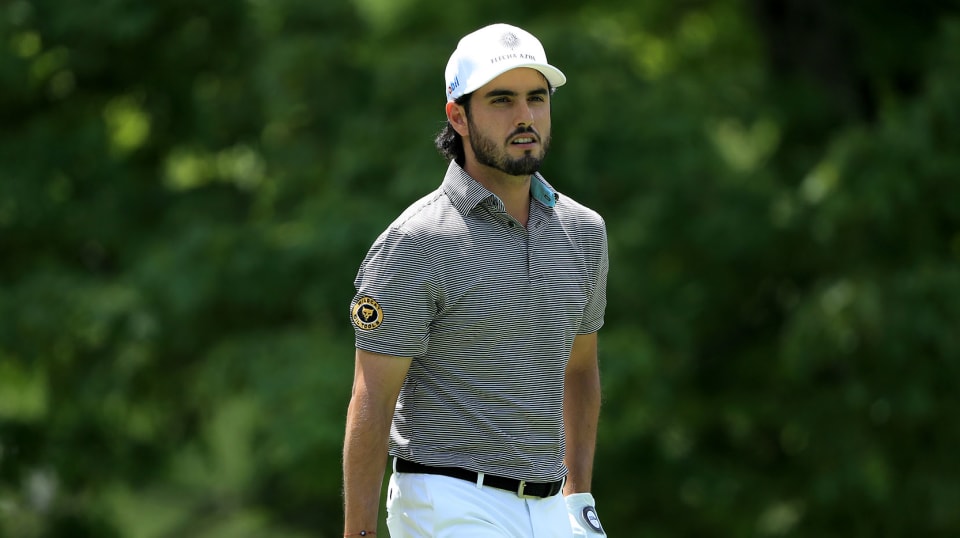 The captivating former U.S. Amateur champion is assembling quite the ball-striking profile as a professional. Since last June, Hovland ranks fifth on the PGA TOUR in Strokes Gained: Tee-to-Green, fourth in Strokes Gained: Off-the-Tee and third in Strokes Gained: Approach. He currently sits just outside the top 20 in the FedExCup standings, but our model is bullish on his potential finish to the season, giving him a nearly 10% chance of leaping into the Wyndham Rewards Top 10.

Hovland is taking this week off after making the cut in each of the first six PGA TOUR events since the Return to Golf.

So, you’re saying there’s a chance? Fleetwood is teeing it up in Minnesota this week, making his first start worldwide since the Arnold Palmer Invitational back in March. At 81st in the FedExCup, Fleetwood is the lowest-ranked player that our model gives a 1 percent chance or better to finish in the Wyndham Rewards Top 10. Fleetwood is currently the top-ranked player in the OWGR without a PGA TOUR victory. How’s half-a-million dollars as a bonus incentive to break through?

The PGA TOUR’s new king of driving distance had his run of seven straight top 10 finishes on the PGA TOUR snapped when he missed the cut at last week’s Memorial Tournament presented by Nationwide. Currently fourth in the FedExCup, our analytical model gives DeChambeau a reasonable chance at jumping into the top spot of the Wyndham Rewards Top 10, at 7%. He has an 80% chance of staying in the top five.

A North Carolina native, there may be a $2 million homecoming gift for Simpson next month.

Simpson, who earned his first career victory at the 2011 Wyndham Championship, held the top spot in the Wyndham Rewards Top 10 until Justin Thomas finished runner-up to Collin Morikawa at the Workday Charity Open.

Simpson’s strong history at Sedgefield could help return to the top spot in the Wyndham Rewards Top 10. Simpson has nine top-25s in 11 starts at Sedgefield, including seven top-10s. He’s finished third, second and second in the last three Wyndham Championship.

Simpson’s career renaissance has been well-documented. In each of his last two starts, he has entered the week with a mathematical possibility of becoming No. 1 in the Official World Golf Ranking. Simpson is averaging a career-high 4.88 birdies per round this season. He has six top-10s in just nine starts this season, including four top-3 finishes. He has two wins (RBC Heritage, Waste Management Phoenix Open), making this his first multiple-win season since 2011.

The current leader of the Wyndham Rewards Top 10 has a stellar opportunity to earn the $2 million first place bonus. He holds a 229-point lead over Simpson and a 347-point lead over No. 3 Sungjae Im. DeChambeau, who trails Thomas by 375 points, is the only other player within 500 points of the lead.

In more than 20,000 simulations run by 15th Club, Thomas’ average finishing position is 1.38. He’s a mathematical lock to finish in the top five and has a 67% chance of finishing in the top spot.

Thomas leads the PGA TOUR in Strokes Gained: Tee-to-Green and will be on the short list of favorites at TPC Harding Park for the PGA Championship. He’ll be a tough man to catch, but there’s still plenty of opportunity for volatility as the race to the finish heats up.