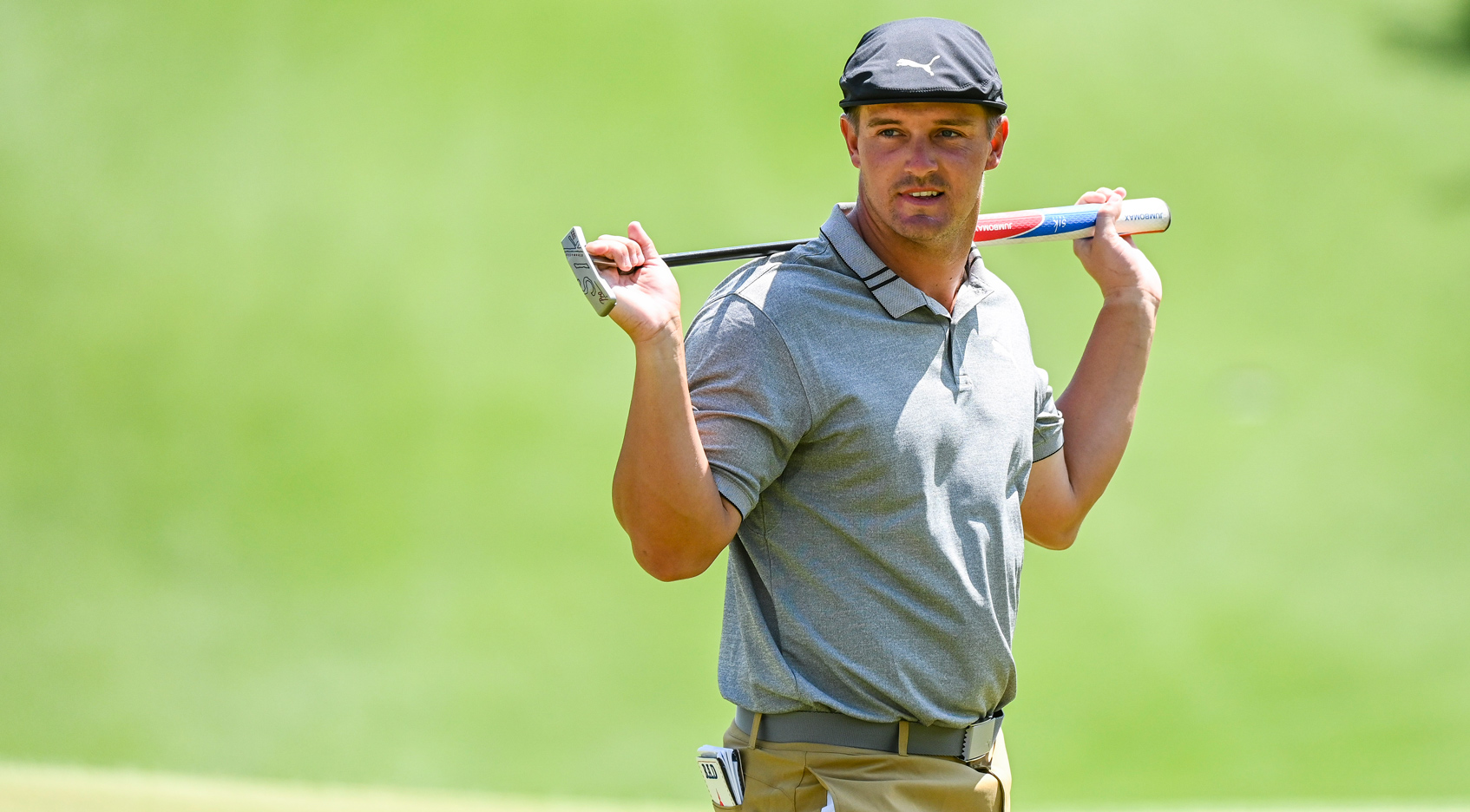 The Masters is back where it belongs – in April. To get you prepared for this year’s tournament at Augusta National, we’ve convened a quick roundtable to answer some of the big questions entering the year’s first major.

– Let’s get right to it. Pick a winner and a sleeper (outside the top 25 in the world ranking).

SEAN MARTIN: DJ’s last three finishes – T54, T48, T28 – aren’t exactly inspiring but the beauty of not making the game very complicated is you can turn it around quickly. Not to mention that he has five consecutive top-10s at Augusta National, going T2 and winning in record-setting fashion in his last two appearances. Jon Rahm (three in a row) is the only other player with more than two consecutive top-10s at Augusta National.

As for a sleeper, I’m going with Will Zalatoris. He finished T6 at the U.S. Open, so he can handle a major, and he ranks fifth in Strokes Gained: Approach-the-Green. That’s a vital skill at Augusta National.

BEN EVERILL: Not a Masters goes by without me thinking an Australian can win it and while Sean makes excellent points on DJ, I’ll suggest Cameron Smith might be pretty motivated to go one better this time around. First player ever to have four rounds in the 60s – and he still got beat. If anyone manages that feat in April they won’t lose.

As for a sleeper – Well Smith is outside the top 25 in the world… but so is Jordan Spieth. Coming off the back of his win at the Valero Texas Open and with his impressive Masters resume you have to think he’s a pretty decent chance! Special mention here to Jason Day. He missed the cut in November, the first time he’d done that at Augusta National, and has four top-10s here previously – three of those are top 5s.

CAM MORFIT: I’ll say Jordan Spieth gets his second one. He’s been playing well on courses that only sort of suit him; Augusta National really, really suits him. Sleeper: Joaquin Niemann. Sneaky long and can heat up in a hurry.

– Dustin Johnson said the sandwiches are his favorite Masters tradition. What is yours?

MARTIN: It’s not a formal tradition but there’s nothing better than taking a late afternoon walk through Amen Corner, with the sun setting and a slight breeze rustling the pines. Especially late on a Monday or Tuesday when it feels like you have the place to yourself. I also love egg salad and pimento cheese equally and will grab one of each the moment I arrive inside the Press Center.

EVERILL: Ever since Adam Scott made that putt on the 18th green and let out a primal “C’mon Aussie” scream in 2013 that would put him in a playoff I have made a point to head there at some point on my day of arrival and just close my eyes and recreate the scene. Then I walk down the 10th and do the same at that green as I picture his putt disappearing into the cup. It is a way of remembering how blessed I was to be here for it and be a small part of Australian sporting history.

My other “tradition?” – heading to the iconic T-Bonz Steakhouse on Washington Road at some point during the week to smash a great steak and have a chinwag with the cool staff there.

MORFIT: I love the spring smells and sights, the flowering azaleas, the incredibly vibrant greens, pinks and yellows. It’s like being in a painting.

– Can we use any intel from a November Masters to predict what will happen in April?

MARTIN: Jordan Spieth said early reports were that Augusta National is playing firm and fast. I think after November necessitated softer conditions, they’d love to display a firmer, faster golf course. That means that players should erase that experience from their hard drive this week. Take it from Jon Rahm.

“I played with Sebastian Muñoz on Sunday, and that was his first Masters. I pretty much told him anything you learn today, this week, forget about it because it will never play like this again, period,” Rahm said. “It didn’t play the same. It wasn’t the same.”

EVERILL: No, not really. Well, it’s not a total write off either. How it played shouldn’t be retained by players but the confidence the likes of Cam Smith, Abraham Ancer and Sungjae Im took from contending could prove invaluable.

For those guys – some of the pressure should be relieved – and they can hit the ground running. Im will need to reboot his memories during practice rounds, but his precision swing may be made for this place.

MORFIT:  The grass will be different, and it won’t be as soft, but distance is still important, big hitters still have an advantage, and shorter to medium-length guys who know how to play it (Webb Simpson, Zach Johnson) are going to do well in either April or November. I will say that those non-bombers like Collin Morikawa have a better chance when it’s fast and fiery.

– Brooks is coming off an injury. Rahm arrives after the birth of his first child. Rory recently added a new coach. DJ arrives after three straight finishes outside the top-25 and even JT and Morikawa, despite big wins recently, have been a bit erratic. Which star gives you the most pause?

MARTIN: I think it’s Rory. He hasn’t won since 2019, his quotes from THE PLAYERS were a wee bit concerning and it seems these issues are from swing habits that have been sneaking in since the fall, which means they may need more than a week to disappear. Oh, and he has the pressure of trying to complete the career Grand Slam, which has been hanging over his head since 2015.

EVERILL: I have to agree with Sean. Rory just appears a little lost. But maybe less expectation is just what he needs here. It was only a poor first round that cost him in November. As for Brooks – I’m not convinced he will make the start line yet. If he does, I’d be impressed if he got through four rounds let alone contended.

MORFIT: I understand what Sean and Ben are saying but I think Rory could win. I know he’s been having issues, but one thing that separates these top guys is they can find it anytime. He’ll be overlooked this week compared to most years, which could help. I’m most curious about Koepka. Will he even play?

– Who’s most likely to win his first major this week?

MARTIN: Rahm. He and DJ are the only players to finish in the top-10 in the past three Masters. His head is clear now that his baby is safely here. Don’t forget that five years ago Danny Willett won shortly after the birth of his first child. I all lines up.

EVERILL: Cameron Smith. I have him winning above so can’t ditch him here. Rahm is of course the obvious answer. You figure it can’t be long before he gets his major tally underway. I’ll also be fascinated to see how Sungjae Im backs up from his runner up on debut in November given the changes in course conditions.

MORFIT: Rahm will always be my answer here until he gets one. My second choice: Scottie Scheffler. That’d be a shocker, but then again, the young ones always are.

– Like DJ did last year, who’s most likely to make this Masters his second major?

MARTIN: The easy answer is Bryson. I’m going to go with a slightly different answer. Webb Simpson. He’s finished T5 and T10 in his last two Masters, making him one of just four players to finish in the top-10 in the past two Masters. And, even though he’s not a big hitter, has made good work on Augusta National’s par-5s, gaining +0.8 strokes per round on those four holes. The top three holes in his Masters career relative to the field are all par-5s (Nos. 13, 2 and 15). I think that shows he can hang even though it’s easy to dismiss him because of his lack of length.

EVERILL: Like Sean I think Bryson could do what people thought he might do in November and get a huge leg up off the tee. But he will need his approach game and short game to be on point to go with it. I’ll surprise no one by saying Adam Scott and Jason Day are two that can make this major No. 2. Like Rory, Jason is well under the radar and might surprise. And Scotty – well past champions tend to find a way to contention and from there it’s about getting the right putt to drop at the right time.

MORFIT: I’ll go with Bryson. He wasn’t really feeling it in November for some reason, but we know he can get on a roll on this course.

– What do we expect from Bryson’s second attempt at Augusta National?

MARTIN: I think he’ll tone it down a bit. He’s lost a little weight and while distance is always an advantage, I think last year may have showed him that it’s not always necessary to force it as far as possible off the tee. Golf Channel’s Justin Leonard said he’d like to see DeChambeau “avoid some pressing and trying to do too much off the tee.”

“He can play to certain spots where the rest of the field is playing from and he still has an advantage. And yet on the holes where he’s very comfortable off the tee, those are the ones where he needs to put the pedal down,” Leonard said.

EVERILL: I expect he will be a contender but ultimately not win. Now I said this about Spieth last week so maybe you need to put your house on a DeChambeau romp. I am concerned about the big number – I think he might just have one in him somewhere on a hole and ultimately it might prove the difference.

MORFIT: I keep thinking about Spieth’s comment last year that Bryson would have to lose the tournament not to win it. The place just seems made for him, given how open it is. He won’t scare in the big moment, either. It also will help take some spotlight off him that Spieth just won. I say Bryson gets a top-five and maybe wins this week; either way, the legend grows.