Nobody will show up with better equipment or more determination to win one.

With the newest Kathryn Krickstein Pressel Mammovan parked behind the driving range at St. Andrews Country Club Monday, Pressel welcomed her remarkable community to join her life’s work again, to tee it up in the fight to end the illness that took her mother’s life 16 years ago.

The mammovan is named for Morgan’s mother and funded by the event. This newest model hit the streets in South Florida last summer.

“We’re really proud it is here,” Pressel said. “It’s the exact same, brand new state-of-the art mammography equipment you would see if you were to go to the cancer center at the hospital. We are making the best technology in the world more accessible.

“It’s our pride and joy. It’s is something that helps people who might not otherwise get a scan. We spend a lot of time, energy and money making sure it’s on the road offering, essentially, free mammograms for those who are not insured, as well.”

Pressel’s foundation has now raised more than $8 million for the cause. Funds also go to support patient care and research at the Boca Raton Regional Hospital and the Sylvester Cancer Center at the University of Miami.

Pressel was the quintessential host of the two-day event. The annual affair requires so much work, from the dinner to the charity auction to the golf and clinic, and Pressel is involved in all the details.

While she smiles and laughs easily with the St. Andrews community that treats her like an adopted daughter, she shed some tears Monday, too. She choked up explaining to Gary Williams on Golf Channel’s “Morning Drive” how her memory of her mother inspires her effort in the annual event.

“She taught me to give 120 percent in everything I do, in school, golf … So, it’s just important to give it everything I have in her memory,” Pressel said. 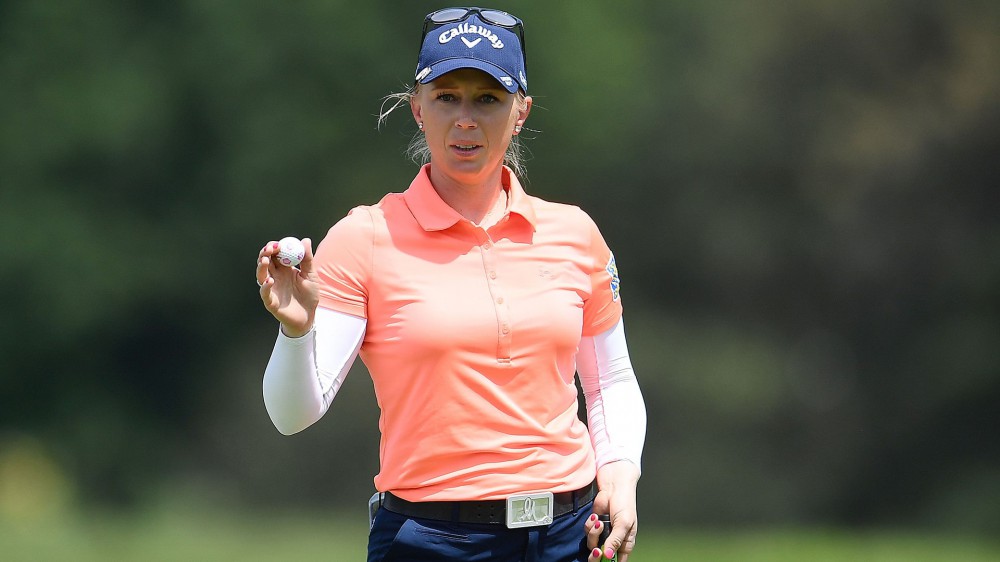 Champ's college coach had to talk him into hitting driver