Protests by NFL players during the national anthem ratcheted up on Sunday in reaction to recent remarks from President Donald Trump, in which he described any player who took a knee for the “Star-Spangled Banner” as a “son of a bitch” and called for team owners to fire players who partake in the protest.

Reaction to the comments and record kneeling came from across the sports world, including golf, where the most direct comments came from PGA Tour winner Peter Malnati, who followed up a passionate tweet with a phone interview about why he supported those taking a knee for the anthem.

What are the "American values" for which you stand? My thoughts on #TakeAKnee: pic.twitter.com/uMA9FJpld6

Malnati wasn’t alone, however. Paul Goydos, who has won on the PGA Tour and PGA Tour Champions, offered his support for the protests, saying, among other things to Golf.com, that Trump’s behavior was “beneath the office of the presidency,” and “You gotta walk in another person’s shoes to understand what they’ve been through.”

Kudos to @PGA player @PaulGoydosPGA: "Who am I to say what #ColinKaepernick should or shouldn't do?"

@PaulGoydosPGA: "You gotta walk in another person's shoes to understand what they've been through. Diversity makes this country great,"

@PaulGoydosPGA on #Trump criticism of #TakeAKneeNFL: "In my personal opinion, this is beneath the office of the presidency."

LPGA player and Tiger Woods’ niece, Cheyenne Woods, also recently liked a post on Twitter in support of Colin Kaepernick. The former San Francisco 49ers quarterback started kneeling last season in what he described as a protest against the oppression of black people and people of color in the U.S. 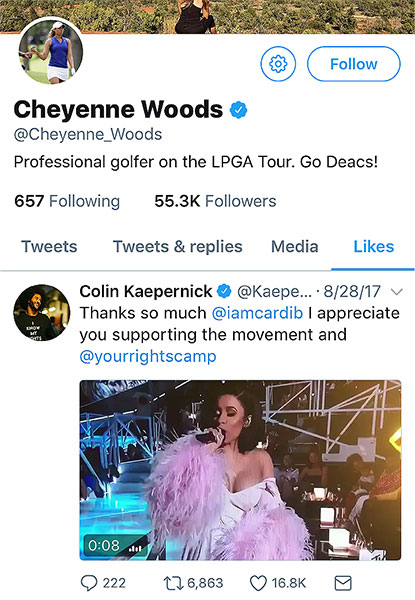 Those on the opposite end of the spectrum haven’t been quite as direct, but it’s clear from a quick look at social media that many members of the golf world would prefer that NFL players stand up for the national anthem.

Several prominent golfers, including Ryan Palmer, Paula Creamer, John Peterson, Angela Stanford, Brittany Lincicome, Hunter Mahan, William McGirt, Jessica Korda and Nelly Korda, have re-tweeted or liked posts on Twitter suggesting that the protest is doing more harm than good and that it is disrespectful to the U.S. flag and military members who have fought to protect it. 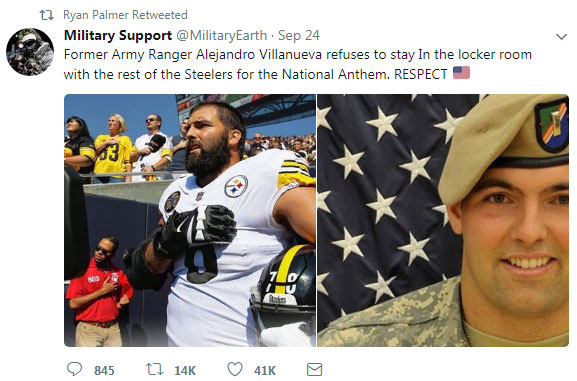 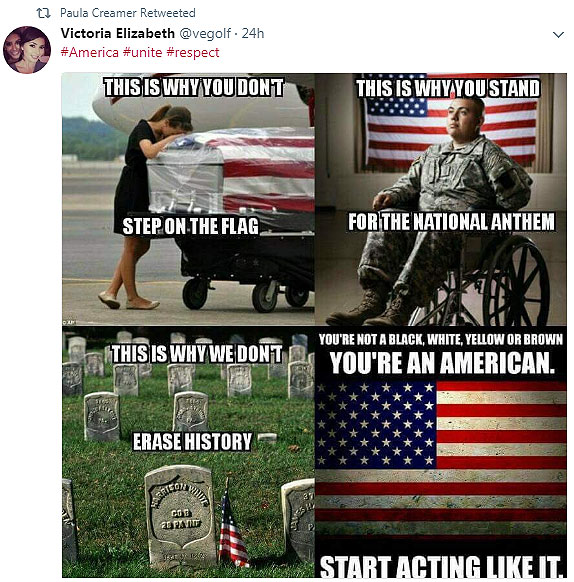 What are they protesting? 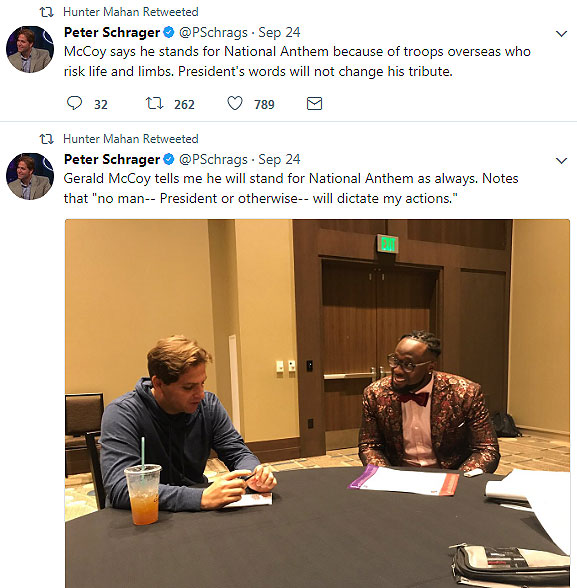 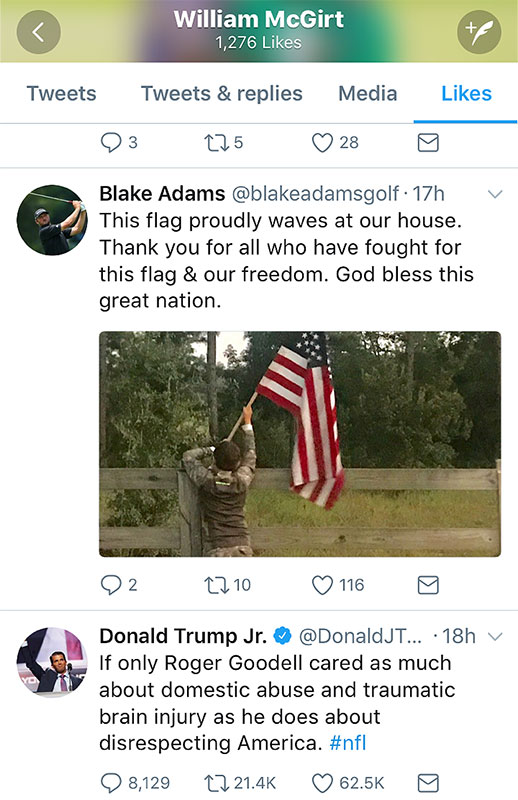 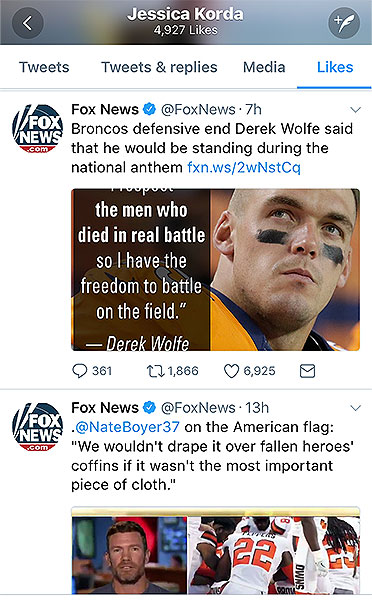 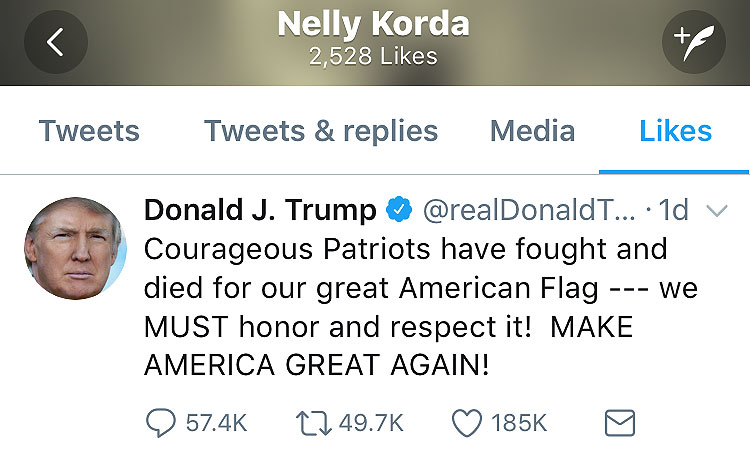 Whatever your stance on this controversy, it doesn’t appear to be going away anytime soon.