GolfChannel.com senior writer Randall Mell and staff writer Will Gray examine the recently announced changes to the FedExCup and Tour Championship, and weigh in on the pros and cons.

GRAY: We’ve got some more changes for 2019 to digest, both with the FedExCup and how the Tour Championship will be determined. No more points reset, no more scenarios … but, instead, a staggered start at East Lake with the top seed beginning the tournament at 10 under. What’s your biggest takeaway from all of these changes?

MELL: Love it and hate it. I love that there’s definitive clarity to the FedExCup finish, that the winner doesn’t need a slide rule or calculator to know he’s over a putt to win. I love going to a traditional leaderboard to determine who wins the Cup. I hate that the Tour Championship was sacrificed at the altar of the FedExCup. It’s no longer a tournament in the traditional sense.

GRAY: Fair points on both sides. This is certainly going to take some getting used to, and it goes against a lot of the underlying principles of individual and team sports. No other league determines its overall champion by offering a head start. But I do think that once play begins, it’ll be a lot easier to keep track of everything – especially for the casual fan.

MELL: Yes, that’s the great upside. Fans didn’t really tune in to the Tour Championship to see who would win the FedExCup. Not really. They tuned in to see the best players in the world playing to win the tournament. Now, it’s all about the FedExCup. The Tour fixed that. Still, there’s a big problem. The Tour hasn’t solved its “playoffs” problem. These still aren’t playoffs. Choosing to sell the FedExCup as “The Playoffs” continues to complicate golf’s postseason. It’s why people who don’t like today’s news hate hearing a guy is going to start the Tour Championship with a 10-shot lead on some of the field. If fans can get their heads around the fact that the Tour Championship isn’t really a tournament anymore, that it’s the FedExCup “finale,” they could embrace it. But they think of it as the Super Bowl finish to the PGA Tour playoffs. It ain’t that.

GRAY: It’s certainly contrived, but I have no problem with getting a little creative to cap a champion in a way that ensures some drama. My biggest issue in all of this might just be counting this as an official victory. How can a player add this to his resume, and potentially use it as a tally down the road in a Hall of Fame discussion, if his raw 72-hole score isn’t the lowest even among the smallest field of the year?

MELL: I agree. I don’t see it as a tournament anymore, but a “finale,” a finish to the FedExCup series. If they have to credit it as a victory, they ought to give credit for one-and-a-half wins, because it’s harder to win the FedExCup than it is to win a PGA Tour tournament. And it isn’t like the winner of the finale won’t know what he’s putting for in the end. There will be more pressure to close out than anything outside a major.

GRAY: And perhaps that’s a scenario that the Tour had originally envisioned, especially now that it will all play out before football crowds the sports calendar. But given the significant changes afoot, do you see this as a net positive? It will certainly make for a more streamlined product on the final day of the season.

MELL: Yes, and I was half-kidding about one-and-a-half wins, because closing out is easier if you’re spotted a lead, harder if you’re trying to catch a guy who was spotted a lead. There will be fans who are offended by the lead players will be given at the Tour Championship, but I like the clarity. I like it better than the confusion we’ve endured at the end of every FedExCup finish. It’s not perfect, for sure, but I think it’s a lot better.

GRAY: Well let’s look at the bottom of the barrel. If you’re the No. 30 seed at East Lake, I think it’s easier to pull off an epic comeback under the new rules. Currently Patton Kizzire would need to win AND have Bryson DeChambeau finish almost last, among other things. That’s a big element out of his control. But with a staggered start, he could control it all himself with one amazing week at the right time. Plus, keep in mind that only a handful of players will start more than four shots ahead of Nos. 26-30. So I think it’s doable and could create some fun storylines. Agree?

MELL: Yes, as controversy and second-guessing always do. The only way to make it fair from start to finish is to use cumulative scoring all the way through, from the first FedExCup “playoff” event through the Tour Championship, but it would make for some boring finishes with runaway victories. There has to be some reset to make the Tour Championship meaningful, if not totally fair.

GRAY: A promising idea, but good luck keeping track of all those moving parts during the third round of the BMW. To me, it still feels like the best way to settle things and still retain a “playoff” element would be a 32-man match-play bracket, or perhaps 36 holes of stroke play before trimming to eight (or 16) for match play. It’s the game’s ultimate drama! But, alas, I fear that ship has now sailed.

MELL: Match play? Now you’re talking playoffs! True playoffs! But that ship’s beyond the horizon. Ain’t coming back. We know how exciting the start of match play is, but how ponderous a dull finals matchup can be.

GRAY: I suppose the ghosts of Andrew Magee and Kevin Sutherland still linger. But with the top 30 players from the season, would there really be that many possible duds for the final? Oh, well. Let’s look at this new $10 million bonus for the top 10 players at the end of the regular season. Incentive for some guys to sprint to the finish line and maybe add the season-ending Wyndham Championship, or simply an example of the rich getting richer?

MELL: The Tour must be counting on that “integrity fee” from legalized gambling being a real gold rush … I’ve lost track of what incentive means on Tour. They’re playing a game with which I’m not familiar. The rich ain’t getting poorer.

GRAY: With the bonus pool doubling to $70 million (including the Wyndham bonus), there will be multiple players banking in excess of $10 million in a single season when it’s all said and done. Good luck explaining that to players 20 years ago, let alone 50. But I digress. Let’s leave with this … if you could tweak only one aspect of the new setup, what would it be?

MELL: It’s your idea, but it’s more than a tweak. It’s finding that ship beyond the horizon and bringing it back to port. It’s a match-play finish at the Tour Championship. With that, it truly becomes FedEx Cup Playoffs. It’s a pipe dream, for the reasons I mentioned above, but it’s a true and right and fair path to a playoff champion.

GRAY: Happy to bring you aboard Team Match Play, even though it seems less likely to come to pass. Maybe one year we can stage an alternate match-play event in Atlanta among 32 writers where we all play for $70 instead of $70 million. Until then, get ready to do some extra math next year at East Lake. 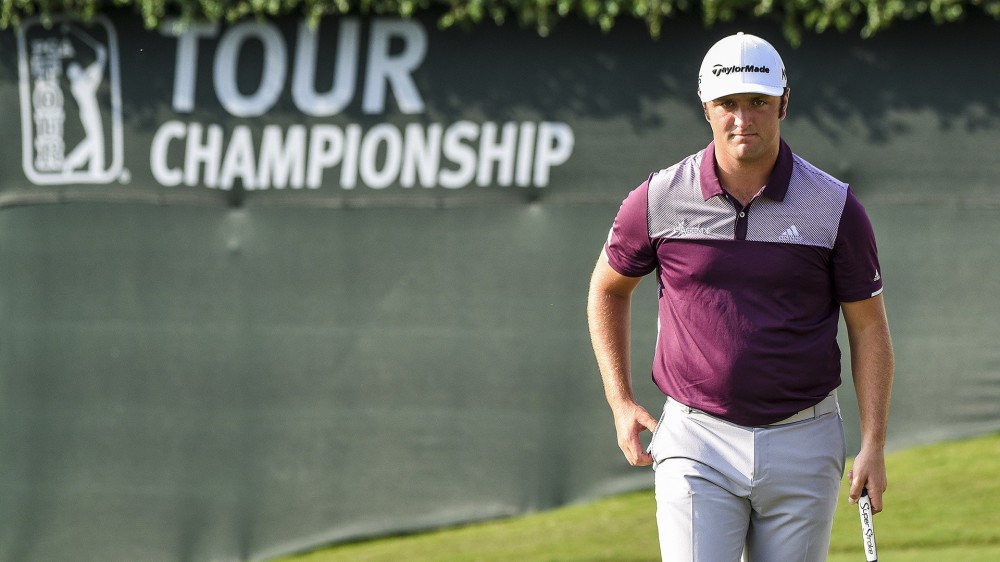 Inside the Field: Sentry Tournament of Champions