After a little bit of time to soak it all in, GolfChannel.com writers Ryan Lavner and Will Gray answer the biggest questions to emerge from the 82nd Masters, ranging from the champion to those who left Augusta National very disappointed.

GRAY: The 2018 Masters is officially in the books, and Patrick Reed has a new addition to his wardrobe. Not exactly how most of us expected the week to play out, but Ryan what was your biggest takeaway from seven days on the grounds in Augusta?

LAVNER: A lot to unpack, but I was shocked by the reaction to Reed’s win. I get that he’s not the most popular champion in history, but it was stunning to hear people outwardly root against him, and to barely acknowledge his good shots, when he clearly played the best last week.

GRAY: Certainly a subdued scene around the 72nd green, but, bell to bell, Reed certainly played the best. His final-round effort was, let’s say, scrappy, but it proved to be just what he needed to get a three-shot lead across the finish line. We both know he wasn’t short on confidence before last week, so where’s the ceiling on Captain America?

LAVNER: He shouldn’t have as much self-imposed pressure, he has a world-class short game and he has learned how to hit a cut. It’s easy to see him picking off another one.

GRAY: The helicopter finish, while effective, is hard to un-see. Let’s switch gears and discuss Rory. He said all the right things Saturday night, then seemed entirely out of sorts from his opening tee shot on Sunday. What are we to make of his latest Masters near-miss, and will he ever join Reed in the champions’ locker room?

LAVNER: Rory attempted to divert attention from his career Grand Slam pursuit, but he didn’t fool anyone. Augusta is clearly in his head, and the way he lost Sunday may do even more damage than his 2011 collapse.

GRAY: 2011 left a sizeable mark, but I tend to agree. Rory seems to have all the pieces and now boasts five straight top-10s at Augusta, but the magnitude of getting only one shot at the final leg each year will only continue to grow. As Weiskopf, Norman and Els can attest, there are no guaranteed spots at the Champions Dinner.

On a brighter note, Jordan Spieth appears to have eviscerated any lingering demons that lurked around Amen Corner from two years ago. What was your reaction to his final-round charge?

LAVNER: I’m sure he’d like to have the tee shot back on 18, but he had to walk away knowing that he’s realistically going to get another … dozen? … opportunities to win there. He and Augusta were made for each other.

I was more surprised by his comments that he avoided leaderboards all day. If you’re the head coach, don’t you want to know the score in the fourth quarter?

GRAY: Totally agree. You and I both know that there are parts of that course – I’m thinking 11 green and 14 tee – where you have to actively work to avoid seeing a board. The “I’m just here for fun” logic is all well and good for the first six holes, but even Spieth and Greller seemed to sense that something magical was still in play. Had Reed dropped a shot coming in, we would be talking about how Spieth played 18 for years to come.

LAVNER: In any event, he finished one back of Rickie Fowler, who, for the first time in ages, played a stout final round with the spotlight on him. This felt like a turning point to me, especially with Shinnecock on deck. What say you?

GRAY: The most surprising aspect may have been how pedestrian the round felt for the first two hours, only to have Fowler go unconscious with the flip of a switch. I’m more convinced than ever that his major win is a matter of when, not if, and with three top-10s in the last five U.S. Opens he’ll surely make the short list for Shinnecock.

Let’s talk 40-somethings. Who comes away from Augusta more disappointed: Tiger or Phil?

LAVNER: Phil, because he was in some of the best form of his career. What a buzzkill for a guy running out of chances. For as surprisingly good as Tiger looked over the past few months, he clearly still had issues off the tee and with his irons. And guess what happened at Augusta? He was out of position off the tee, and he had poor distance control with his irons. He’s just not there — yet.

GRAY: I’m not sure I’ve seen Phil look sadder post-Winged Foot than he did Saturday, soaking wet and decked out in rain gear after making a triple with a whiff, resigned to 35 more holes of meaningless golf.

But when it comes to Tiger, this has to be glass half full … right? Sure, he never really contended and didn’t break par until Sunday. And as you noted, he was all over the map. But he still did enough to make the cut and finish in the middle of the pack without anything close to the control he had in Tampa and Orlando.

LAVNER: Anyone who suggests that the Masters was a setback for Tiger has lost sight of the big picture. It was his first time making a major cut in three years. To take the next step and contend, though, he needs to tighten up his ball-striking. And I bet he does over the next few months.

GRAY: And the gym, Lav. Don’t forget that he’s going to spend some more time in the gym.

Ok, let’s end it on this note: next April, Patrick Reed is putting the green jacket on…?

LAVNER: Begrudgingly, he’ll help his Ryder Cup partner into the jacket: Spieth in 2019.

GRAY: You stole my answer, but I don’t care because I’ve learned not to bet against Spieth at Augusta. If anything, seeing Reed at the head of the dinner table Tuesday night should prove to be ample motivation.

LAVNER: I’ve got a feeling Reed might serve crow at next year’s Champions Dinner. 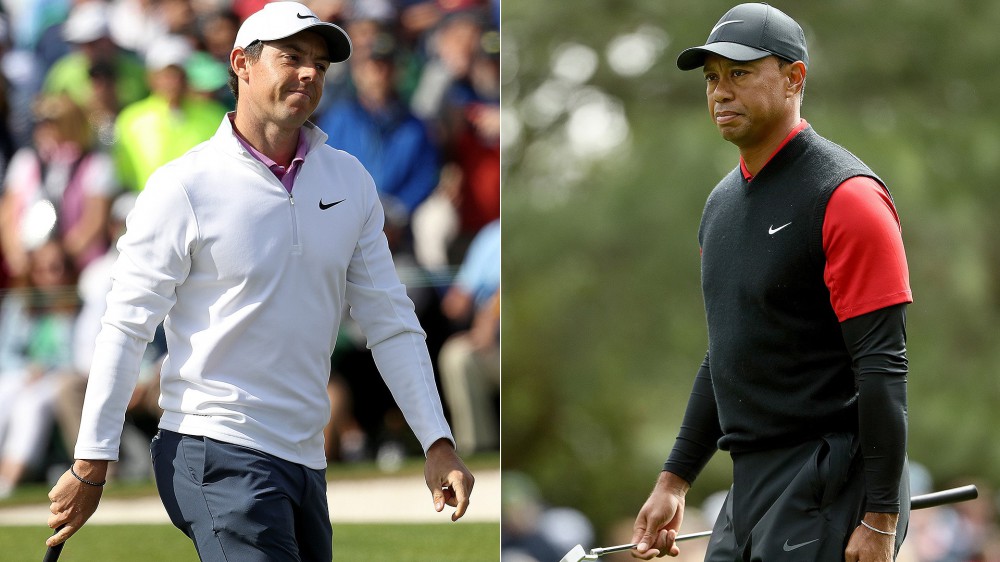