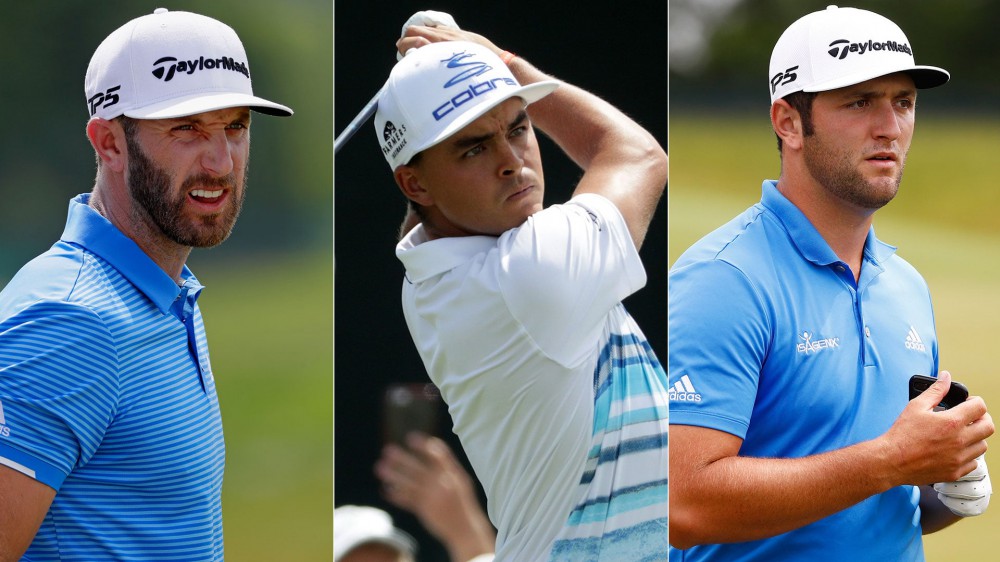 Our writers at Erin Hills on who will win the U.S. Open, sleeper picks, the winning score and the biggest issue this week.

Rex Hoggard: These things I know to be true: Players will complain about the golf course this week, the eventual winner will love Erin Hills, and Jon Rahm will factor into Sunday’s outcome. Erin Hills will be won by a bomber, which Rahm is, and a player who is confident enough to take chances, which Rahm also is. That Rahm tied for 23rd last year as an amateur after a horrid start to his week only makes him a more attractive pick.

Ryan Lavner: Rickie Fowler. Probably the hardest star to predict, but there are three reasons to believe this is his week to break through: Big hitter, imaginative short game and unflappable approach.

Randall Mell: Dustin Johnson. On this big, brawny track with its wide fairways softened by rain, Johnson will have the shortest clubs into the greens and the best angles. He’ll appear to be playing a different course from everyone else.

Will Gray: The “best player without a major” title will shift once again when Rickie Fowler lifts the trophy Sunday evening. Fowler has been rock-solid since his win earlier this year at PGA National, and he leads the Tour in total driving and sits third in scoring average. It’s time.

SLEEPER OUTSIDE THE OWGR TOP 25

Hoggard: Since 2010, Billy Horschel has the third lowest scoring average at the U.S. Open, following four consecutive finishes inside the top 32 at his national championship, and his confidence is high following his victory last month at the AT&T Byron Nelson. He may not be the bomber everyone thinks will win, but he checks off all of the other boxes.

Lavner: Martin Kaymer. With closely mown areas surrounding nearly every green, Erin Hills somewhat recalls the new look at Pinehurst, where Kaymer dominated in 2014. Having options around the green should help the German, whose chipping and pitching keeps him from contending more often.

Mell: Lee Westwood. If Sergio Garcia can break through after all the heartache and doubt, why not Westwood? He has been third or better nine times in majors.

Gray: Shane Lowry. The Irishman had one hand on the trophy last year, but he has found his form once again with a T-6 finish at Wentworth and T-15 at the Memorial. Lowry loves tough courses (see his win at Firestone in 2015) and cracked the top 10 at Chambers Bay before last year’s runner-up.

Hoggard: Forget the total yardage. Forget that looming fescue and a forecast that will quickly turn Erin Hills into a muddy mess. The winning score will be under par this week. Let’s go with 10 under par, largely because the layout has four par 5s and will not play nearly as long as some might think.

Lavner: 7 under. Don’t even look at the scorecard yardage. It’ll be significantly shorter than that, even with conditions that will be much softer than the USGA wanted. Four par 5s, a couple of drivable par 4s and perfect greens should lead to plenty of birdies. If the wind doesn’t kick up, scores should be pretty good, at least by U.S. Open standards.

Mell: 12 under. With rain expected to soften the course, with four par 5s, with the USGA likely to error on the side of caution, the winner reaches double digits under par.

Gray: Anyone that tells you they have a confident read on how scoring will shake out on a brand-new venue is lying. But given the soft conditions and four par-5s facing players, I’ll estimate that the winner will hit 6 under – one shot deeper into the red than Jordan Spieth reached two years ago at Chambers Bay.

WHAT WILL BE THE BIGGEST ISSUE

Hoggard: Although the fescue that frames Erin Hills has been the hottest topic this week, it will not be the headline on Sunday. The final takeaway will fixate on a common theme: pace of play. Although officials have set the pace at 4 hours, 52 minutes for Rounds 1 and 2, most players say it will be closer to the six-hour mark largely due to the tall fescue rough, four par 5s and the drivable par-4 second hole.

Lavner: Those dastardly bunkers. With ragged edges, uneven lies, unusual sand, awkward widths and even some holes surrounding them because of erosion, there’s a good chance a player gets caught in one of those little devils and makes a big number.

Mell: Slow play. The biggest issue could end up being the penal bunkering, all the lost balls in the fescue or heavy winds, but you add all of these to four par 5s and some reachable par 4s, and this might be the slowest-played U.S. Open in history.

Gray: Forget the fescue. The biggest gripe by the end of the week will be the bunkers, which are fraught with nooks, crannies and uneven lies. Someone will bounce into a small finger of sand at an inopportune time, and the unusual design of these hazards will become a major storyline by week’s end.