Punch Shot: Will Tiger win another major in 2019?

Tiger Woods now has major No. 15 and PGA Tour win No. 81. The GolfChannel.com editorial team weighs in on if they think Woods will add to his major collection and when he might tie Sam Snead’s record of 82 Tour titles.

Will Tiger win another major this season. If so, where?

REX HOGGARD: Yes. Whatever doubts remained about his ability to close were washed away on Sunday at Augusta National and considering he has now finished inside the top 10 in the last three majors it’s hard to imagine a scenario where he’s not in contention again this season. He’s had success at Bethpage Black, venue for this year’s PGA Championship where he won the 2002 U.S. Open, but Pebble Beach and June’s U.S. Open seems the more likely option.

RYAN LAVNER: No. I’ve vowed not to underestimate him ever again after his Masters breakthrough, but this is a tall task. The PGA at Bethpage has the best field of any major. The U.S. Open at Pebble will be a stern test with bumpy greens. And The Open at Portrush is a bit of a mystery. Tiger is once again among the best in the world, and his sterling iron play will allow him to contend at every major venue, but Brooks Koepka, Dustin Johnson and the other studs should be able to get theirs, too.

RANDALL MELL: Yes. Even the sea lions in Stillwater Cove will stop to applaud when Woods makes his way down the 18th fairway on Sunday at Pebble Beach. That’s where Tiger will win his 16th major, at the U.S. Open. As is the case at Augusta National, there’s more than familiarity with all the nooks and crannies to help Woods’ cause on the Monterey Peninsula. There’s the confidence in stored memories of historic achievement, of total domination.

WILLIAM GRAY: I don’t think so. I’m on the record in saying that he’ll never win another U.S. Open (gulp), although I think Pebble will present a much sterner test for him this summer than it did in 2000. And Royal Portrush is a great unknown, where the course knowledge advantage he enjoyed at Augusta National will be negated. If he’s going to snag another this year it seems next month at Bethpage is by far his best chance. But I expect a little bit of a hangover effect after such an emotional victory, even from a guy who has done it so often before.

Will Tiger reach world No. 1 by the end of the year?

HOGGARD: No. This is a question of math at this point. On Sunday at Augusta National, Woods reiterated that he will not play as many events as he did last year and winning the Masters will only encourage him to double down on his decision that less is more. Those ahead of Woods in the world ranking, however, will continue to play more and collect points which will make it more difficult for him to return to No. 1.

LAVNER: He’ll get close … but won’t reach it. Yet. Right now he’s hurt by his minimum divisor – he’s only played 26 counting events, not 40, in the two-year window – and he’s facing an uphill climb with DJ and Co. still playing well on a week-to-week basis. Woods needs to keep winning, and with a limited schedule the rest of the year, that’ll be hard to do.

MELL: End of the year? How about the start of summer? Hell, yeah. With strong finishes at the Wells Fargo and the PGA Championship at Bethpage Black, with a victory at the Memorial and another at the U.S. Open at Pebble Beach, he’ll be looking down at the rest of golf again. The swing and short game are so solidly back in place, it will help him stay patient with his putting stroke and keep that rebuilt confidence where it needs to be.

GRAY: This one requires a little bit of mental math, and my answer (no) speaks to the high bar currently set by Dustin Johnson and Justin Rose. Even after winning the Masters, Woods would still need about 90 more points to equal DJ’s current average – the equivalent of winning another major or, say, a win at Memorial and another top-5 finish elsewhere. It’s not an impossible feat, given that Tiger is still stuck with the minimum OWGR divisor (40) even though he’s only played in 26 counting events. But the two men who have shared the top spot this year don’t show any sign of slowing down. Even though he’s close now at No. 6, the gulf between there and No. 1 is still substantial.

Where will Tiger tie Sam Snead?

HOGGARD: Memorial. The Wells Fargo Championship will be Woods’ next likely start followed by the PGA Championship, but Muirfield Village would appear to be the best option. He’s won at Jack’s Place five times and even last year as he was reacquiring his competitive groove he finished tied for 23rd. Having Nicklaus there for the historic moment would only be apropos.

LAVNER: BMW Championship. Thought about Memorial, but he might be looking ahead to what he’ll have to do at Pebble. Thought about the 3M event, if he adds that before The Open. But we’ll go with the BMW, which will be played this year at Medinah, where Woods has some good vibes. He’s vowed to make fewer appearances this year, and so he should still be firing on all cylinders by August.

MELL: That comes at the Memorial, with Jack Nicklaus wondering how long until his number’s up, too. Jack might not really be “shaking in his boots,” but he’ll be shaking Tiger’s hand before handing him another trophy at Muirfield Village. Woods has won five times there (1999, 2000, 2001, 2009 and 2012).

GRAY: Bay Hill next year. Since I’ve already ruled out the last three majors of 2019, I could see a solid campaign not leading to another win beyond that freshly-ironed green jacket in his closet. So he’ll have the offseason to plot the chase for Snead, and he’ll get the job done in March at one of his familiar haunts after missing this year – and in the process break a tie with Snead on a different record with his ninth API title. Although after this past week nothing would really surprise me, including Woods tying (or even surpassing) Snead this summer. 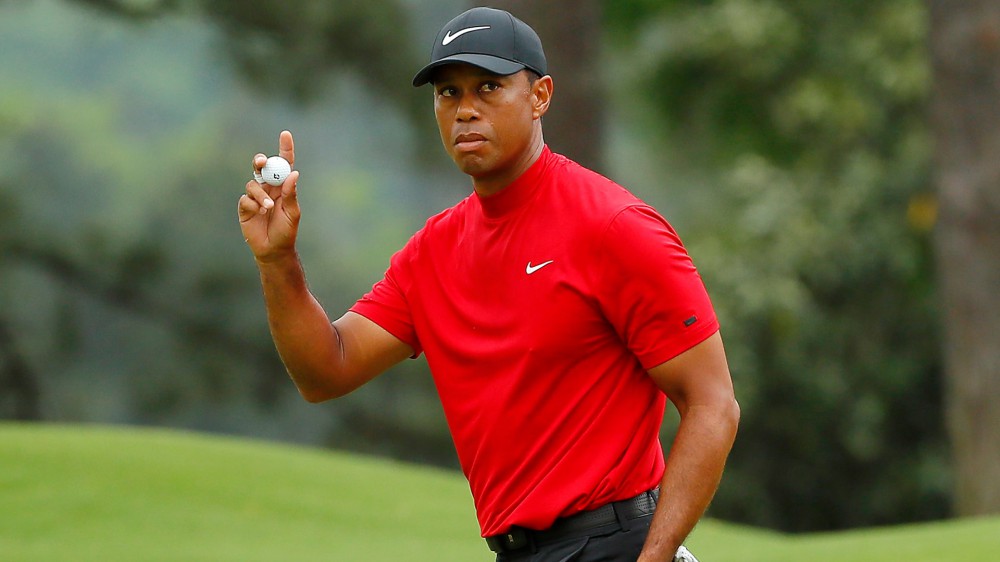 What’s next for Tiger as he turns 45?

A closer look at the high-protein diet of Bryson DeChambeau