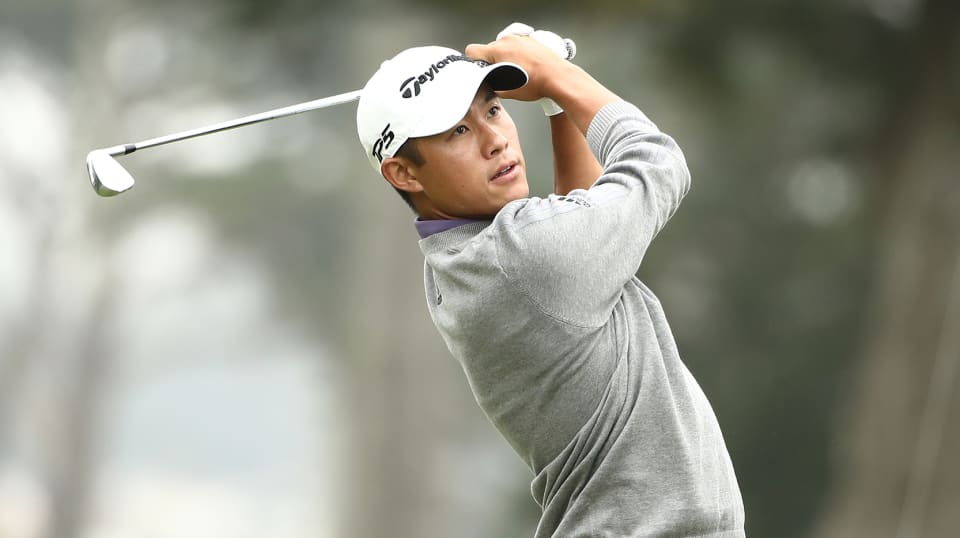 Thoughtfulness and precision. They make Collin Morikawa who he is as a player and also keep him in the hunt despite being just above average in length. The point is, he may not be a bomber but he will rip your eyes out with the rest of it. Case in point: Morikawa is 104th in Strokes Gained: Off-the-tee and seventh in Strokes Gained: approach.

Every inch of Morikawa’s bag is curated around trust. It’s not enough to win the TrackMan war—that is, longer distance, higher apex, less spin, etc. in testing. To make it in the bag a club has to win the trust contest, and that is a huge hurdle to clear.

Morikawa has been testing irons for the past six months, going from the TaylorMade P750/P730 combo he’s head since college into the ever-popular P7MC (full set). This week at Riviera, he’s dialing it in even further with input from Adrien Rietveld, TaylorMade’s Senior Manager – Tour.

Herewith, a conversation with Rietveld about Morikawa’s approach to his irons.

GolfWRX: The set itself looks quite familiar, but Collin has an interesting loft package in his irons. Can you explain his preferences around his iron makeup?

AR: Collin’s iron play is world-class and is the foundation of what makes him one of the best in the world. His lofts are definitely unique, if you compare them to what you might see as standard, but it all fulfills exactly the flight and spin that Collin is looking for.

For example, in the transition from his P7MC 6-iron into his P730 7-iron there is only a 3-degree gap from 29 degrees to a strong 7-iron at 32 degrees. That is to get the launch/spin/carry dialed exactly. For the general golfer, there is a lot to be learned here – don’t get attached to the loft of the club, get attached to the job you need it to do and work off of that.

Collin will trade distance and some potential launch to get the ball to do exactly what he sees in his mind. Golf clubs are built to do a job, that’s how Collin sees it, and that’s how all golfers should look at it.