CHARLOTTE, N.C. – It was only three weeks ago that Rory McIlroy was listed at 20-1 to win the Open Championship – unfathomably low odds for the four-time major champion.

“Good time to back me,” McIlroy said at Royal Birkdale.

Indeed, since then, the world No. 4 has shown some of his most encouraging form of the year, finishing in the top 5 at both The Open and last week’s WGC-Bridgestone Invitational, where he shot all four rounds in the 60s.

All of a sudden, at 7-1, he’s the oddsmakers’ favorite here at the PGA Championship, slightly ahead of Open champion Jordan Spieth, who is chasing the career Grand Slam.

Part of that spike is surely attributed to his uptick in performance, but it’s also a nod to McIlroy’s record at Quail Hollow, where he has two wins, a playoff loss and only one finish outside the top 10 in seven starts.

Not only is he always seemingly in contention in Charlotte, but he’s played some of the best golf of his career here, shooting a final-round 62 en route to his first PGA Tour title in 2010, and a third-round 61 in 2015 on his way to a 21-under total.

“Some golf courses you go to, it just gives you that feeling,” McIlroy said. “You don’t really have to have your best game and you still feel like you have a chance to win, and that’s how it feels here. …

“I’ve got some great memories here. Once you go back to a place where you do have great memories, all that starts to come flooding back to you and it makes you feel good about yourself. That’s how I feel around here.” 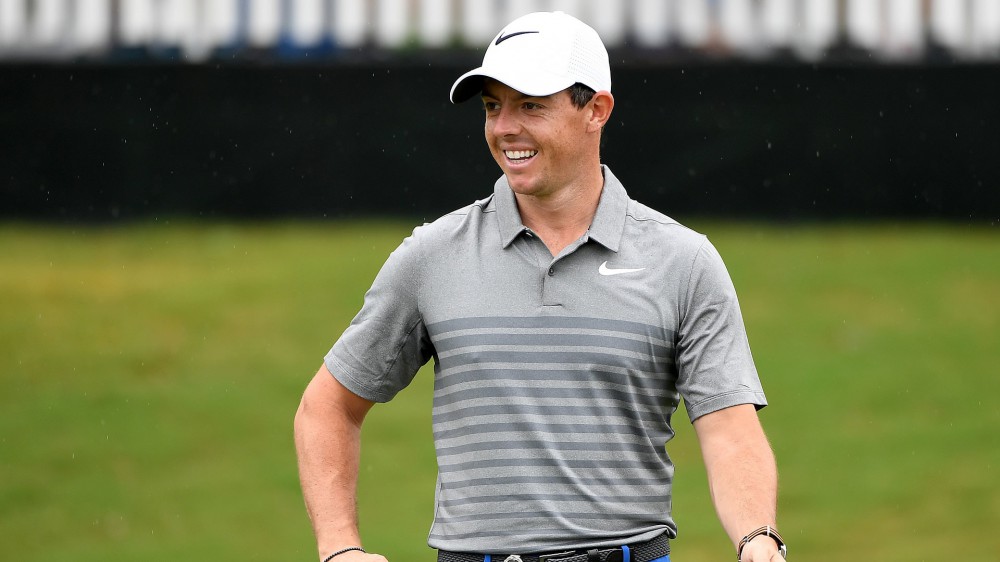 Rose rallies from 8 back to stun DJ at WGC

Open win moves Spieth to world No. 2 behind DJ