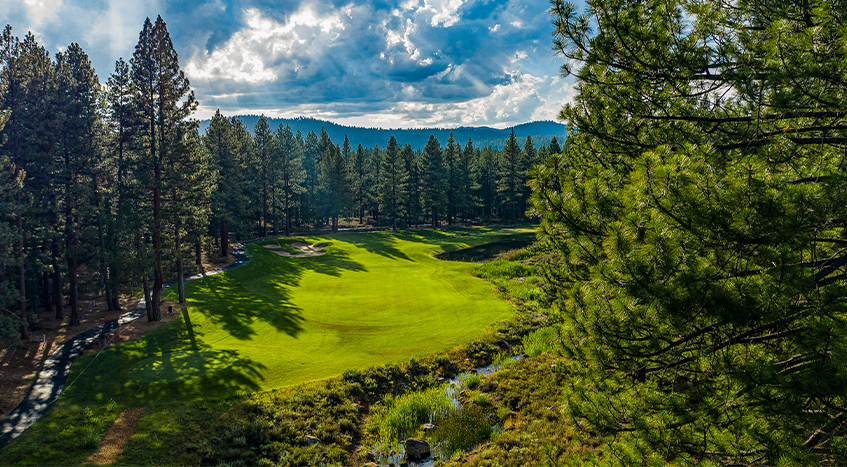 45.5 – Average winning score in the eight years since the Barracuda Championship began using the Modified Stableford format. The best (highest) winning score was 49 points by Geoff Ogilvy in 2014. The last two winners – Andrew Putnam in 2018, Collin Morikawa in 2019 – finished with 47 points. Just a reminder on the point totals: Double Eagle: 8 points, Eagle: 5 points, Birdie: 2 points, Par: 0 points, Bogey: -1 point, Double Bogey or more: -3 points. Once a player has reached a score of double bogey, he may pick up his ball and resume play on the next hole.

363 – Days since Martin Kaymer last struck a shot on the PGA TOUR. The 2014 PLAYERS Championship winner and two-time major winner last appeared on TOUR at the Wyndham Championship nearly a year ago, where he missed the cut. At the Barracuda, he’s making his first start on any tour since March when golf was shut down.

6,000 – Elevation in feet at the Tahoe Mountain Club. According to the Golf Course Superintendents Association of America fact sheet, “it is not uncommon to have frost on the golf course every month of the summer. 50-degree temperature swings are also common with 30s in the morning and 80s in the afternoon.”

BARRACUDA BONUS: A special charity bonus is available at the 551-yard par-5 12th. Any player who can produce an albatross (worth eight points in the Modified Stableford format) will receive a $100,000 charity donation in his name. Half of the charity dollars will go to local Reno-Tahoe charities, while the other half will go to a charity of the player’s choosing.

SEARCHING FOR THE WEEKEND: Former BYU star Peter Kuest turned pro this summer but has yet to make the cut in his first four PGA TOUR starts while playing on sponsor exemptions. He’s on another sponsor exemption this week and hopes to finally make the weekend. “I’ve kind of gotten behind in tournaments at the start and trying to have to catch up in events,” Kuest said. “So this week hopefully I can start making birdies early and then just keep it going and just keep the foot on the gas and just have fun. That’s what I’m trying to do each and every day is have fun and learn and see what happens.”

ALREADY A RENO WINNER. In June, Derek Bayley – a former Washington State University golfer, won the Reno Open on the Golden State Tour, thus earning a spot in the Barracuda field. Like the Barracuda, the Reno Open used the Modified Stableford format.