In the wake of a controversial ruling that cost Haotong Li about $100,000 in earnings, the R&A released a statement Monday to confirm that the Rules of Golf were correctly applied at the Dubai Desert Classic.

On Sunday, as Li sized up a short birdie putt on the 72nd hole, his caddie appeared to help with his read before stepping out of the line as Li built his stance. A rules official determined afterward that Li’s caddie violated Rule 10.2b(4), which restricts a caddie from standing behind the player. The two-shot penalty turned Li’s birdie into a bogey and dropped him from a tie for third into joint 12th.

European Tour players fumed online at what they perceived to be a harsh penalty for a hazy infraction, and it even earned a surprising rebuke Monday from tour CEO Keith Pelley. In a statement, Pelley said that although the decision was correct “under the strict wording of the rules,” he believes that it was “grossly unfair” to Li.

“There was no malice or intent from Haotong Li, nor did he gain any advantage from his, or his caddie’s, split-second actions,” Pelley said. “In an era where we are striving to improve all aspects of golf, we need to be careful and find the proper balance between maintaining the integrity of the game and promoting its global appeal.”

Pelley added that he’s spoken to R&A chief executive Martin Slumbers about the infraction and the fact that “there is no discretion available to our referees in relation to this ruling.”

The R&A, however, said that it would not rescind the penalty because it was a clear violation of the new rule, which went into effect Jan. 1.

“It applies as the player begins taking a stance, which includes when the first foot moves into position,” the R&A said. “This rule prevents any opportunity for a caddie to line up a player. Intent to line up is not needed for this rule to play. On the putting green, the player can back away from the stance to avoid a breach of the rule.

“It was an unfortunate situation, but the rules was applied correctly.” 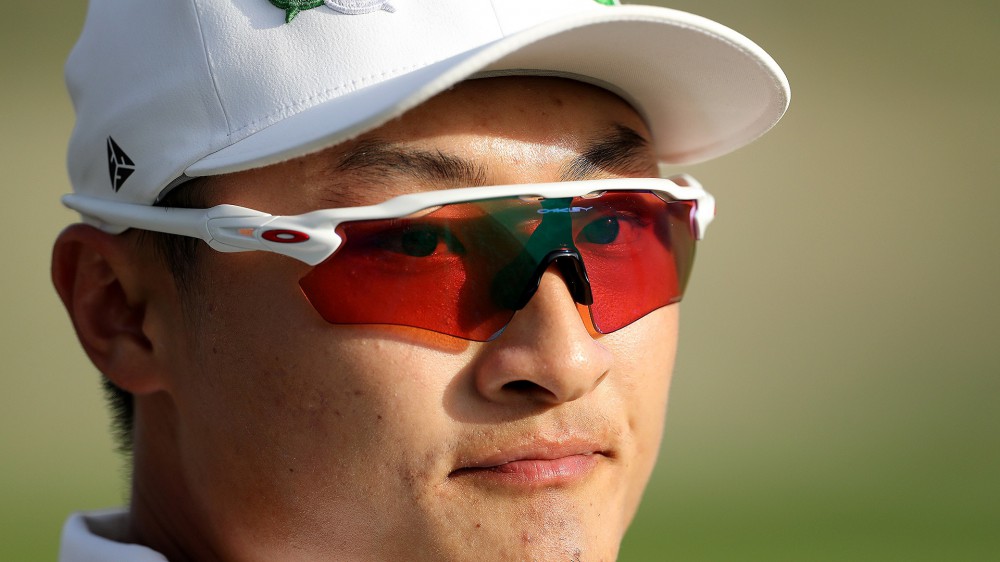 After nearly taking out Rose, Ghim looks to track down No. 1 at Farmers