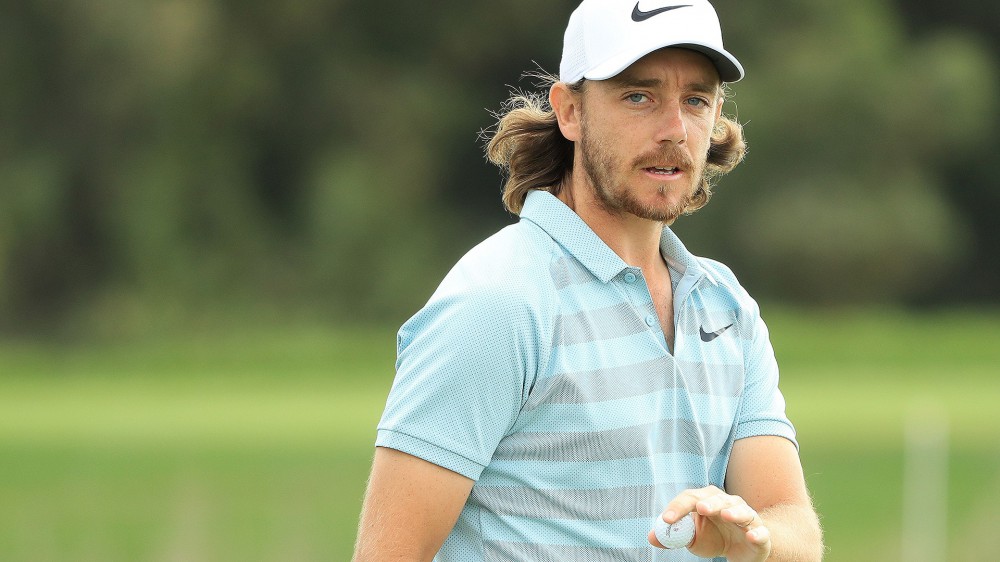 LOS ANGELES – Tommy Fleetwood has captured the top season-long prize in Europe, and he has ascended to the top 15 in the world rankings. In order to add his next accolade, the Englishman headed west.

Fleetwood is making his 2018 PGA Tour debut this week at the Genesis Open, marking his first start in the U.S. since the PGA Championship six months ago. Since leaving Quail Hollow, Fleetwood closed out his first Race to Dubai crown and earlier this year he successfully defended his title at the Abu Dhabi HSBC Championship.

Fleetwood took up PGA Tour membership for the 2017-18 season, playing only the WGC-HSBC Champions in the fall. But he believes more stateside golf may be in his near future as he looks to build upon the momentum of a breakthrough campaign.

“I guess the next stage in my career would be to win a PGA Tour event and move up that way,” Fleetwood said. “If you want to be one of the world’s best players, you have to do it in America where so far I’ve played a lot of good courses out here. I think the courses are great. The players, you’re playing with the world’s best players and it’s definitely something I want to do more of.”

Fleetwood enters this week ranked No. 13 in the world, and he does not plan to return back to Europe until after the Masters. His anticipated schedule leading into the season’s first major will include stops at the WGC-Mexico Championship, Arnold Palmer Invitational and WGC-Dell Technologies Match Play Championship.

Fleetwood becomes the latest in a long line of Europeans who have attempted to juggle the demands of a two-tour schedule, but he is not shying away from the intercontinental travel demands that his position in the game has created.

“Sometimes I think it can be an excuse that you’ve traveled a lot and you kind of can use it to say, ‘Oh, I’ve traveled a lot and I’ve played poorly,’” Fleetwood said. “But the end of last year I’ve done more air miles than I’ve ever done, and I finished sixth and third in my last two events. So that’s not going to work.”