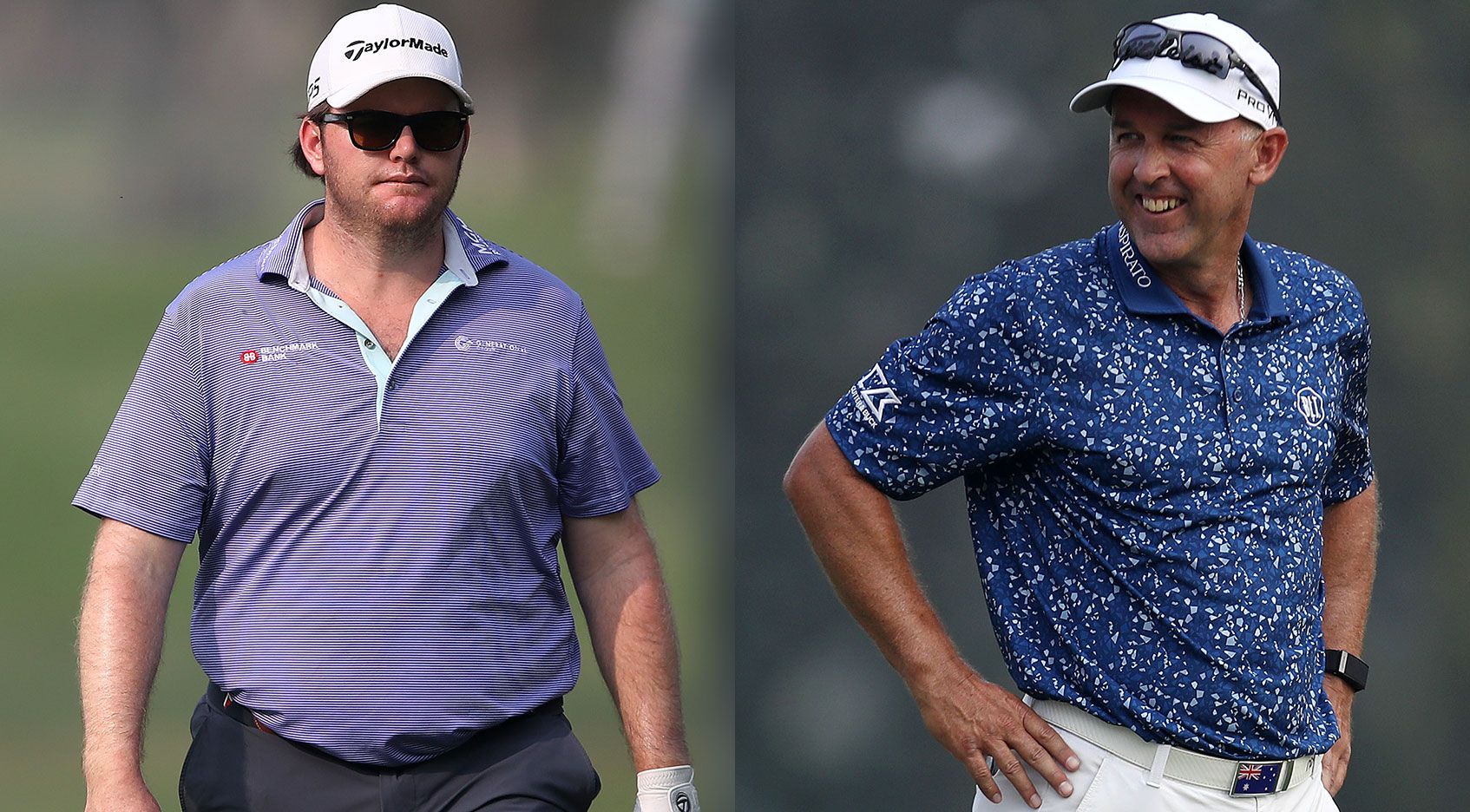 Higgs and Burns have been close with a runner-up and third place finish respectively in their young careers but Ventura’s previous 20 starts on the TOUR have yet to yield a single top 10 finish. On Saturday though, the former college teammate of Matthew Wolff and Viktor Hovland spent some time in the lead.

“On nine after I made that chip for eagle, I saw that I took the lead and I told my brother, ‘Hey, like it’s pretty cool, that’s the first time I ever led in a PGA TOUR tournament’ and kind of marked that off, I guess if you want to call it that. It’s just cool,” Ventura said.

With Hovland and Wolff already winners on TOUR, Ventura is ready to add himself to the list.

“It’s just more motivation,” he said about his friends success. “Obviously they’ve proven they can win out here and hopefully I’ll get the next one, but if anything, there’s no jealousy or anything, it’s just motivation.”

Cink sits just two shots back of the lead after a sublime 30 on the front nine on Saturday. The six-time TOUR winner is one of three major winners in the mix. Jason Dufner and Charl Schwartzel are four shots back.

“I don’t get in these positions every time I play anymore. I would like to,” Cink said.

The veteran is in the midst of his 596th TOUR start and hasn’t won since his Open Championship triumph in 2009.

“My son, Reagan’s on the bag, it’s a really special week,” he added. “We’re having a great time and he’s doing an awesome job. I’m just going to enjoy tomorrow and keep on pushing.”

With Cink in the 14-under crowd are fellow TOUR winners Emiliano Grillo, D.J. Trahan and Russell Knox. Grillo won the Safeway Open five years ago while Knox’s has two wins, the last of which came just over four years ago. The last of Trahan’s two wins was in 2008.

Scattered throughout the rest of the contenders are youngsters Sahith Theegala (seventh start), who shot 64 on Saturday to move within three shots of the lead, and Bhatia who is just four behind. Neither has banked a top 25 finish on TOUR yet with this marking the first made cut for Bhatia in his eighth start.

Whoever comes out on top one thing is certain. They will have well and truly earned it.