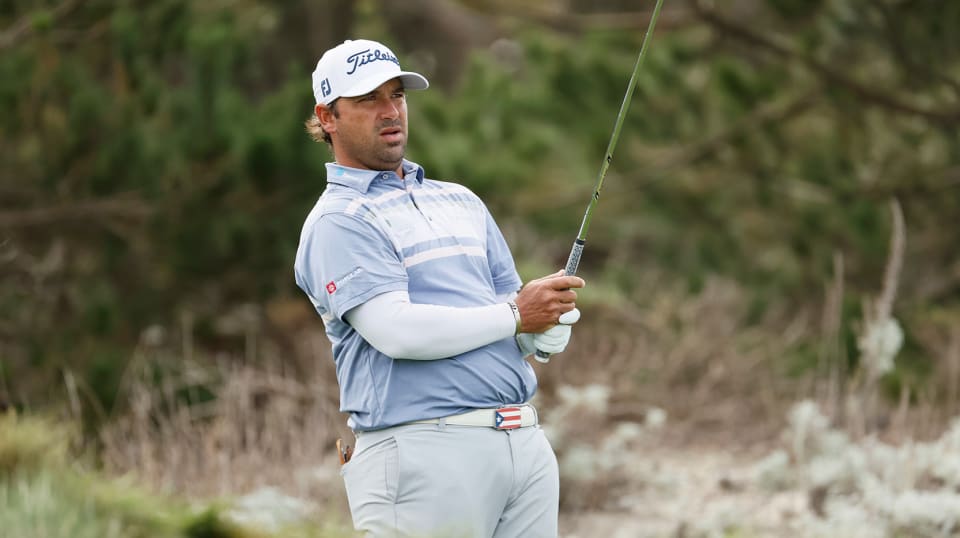 How much does Rafael Campos love Puerto Rico and his home Puerto Rico Open? He never missed a start in the first 11 editions of the tournament at Grand Reserve Country Club in Rio Grande, located roughly 40 minutes from his home outside San Juan, and wanted to extend that streak last February despite a torn muscle in his back so inhibitive that it would not allow him to even swing a club until six months later, in August.

So Campos, 32, who owns a pair of top-10 finishes at the Puerto Rico Open (T8 in 2016, T10 a year later), made the wise decision not to compete, and not to risk making his injury worse. Yet he still was on site at the course every day, doing whatever he could to be the face of the event, making every effort to be an ambassador and to elevate the tournament. It means that much to him, because he knows it means so much to Puerto Rico.

“This tournament, it’s absolutely huge,” said Campos, who rejoins the 132-man field this week, hoping to build on momentum he gained tying for seventh at the Korn Ferry Tour’s LECOM Suncoast Classic on Sunday. “We thrive on tourism, and the Puerto Rico Open is a time to showcase the island, one of the biggest opportunities we have. It hopefully makes golfers realize that we have some nice golf courses, and that Puerto Rico is a nice travel destination.”

Certainly Campos has seen the world through the game of golf, transitioning from learning the game as a youth on island to collegiate golf on the U.S. mainland at Virginia Commonwealth, then graduating from the LatinoAmerica Tour and Korn Ferry Tour (where he won in 2019) to the PGA TOUR. Campos has been genuinely mystified by how he has played these past few months, struggling to make cuts despite feeling completely healthy for the first time in a few years.

“It’s really the first time in about four years that I go to the golf course and not worry about having pain,” Campos said from last week’s event in Florida. “I feel great, and I’m having the worst results. I missed the cut in my last four starts on the PGA TOUR, and I really don’t know how I did that. I’ll be hitting good shots and all of a sudden make a double, or a couple bad bogeys, and it doesn’t add up to what I think I should be shooting. I feel so, so close to having it click all of a sudden, and having a great stretch of golf.”

He knows this: In the past few months, despite being not able to figure out how to score better (eight starts, one made cut at Mayakoba), Campos has made an enriching discovery. He loves the game more than he ever knew. The six months he sat out, he yearned just to compete again. Golf can be tough, but he always has been at his best when he’s had fun with the game, and he said he’s ready to bring a lighter attitude to the course. The goal is fun.

“I’ve had some really bad months in golf,” Campos said, “but at the same time, I’m really liking golf a lot lately. I feel like this is what I’m meant to do, and the reason why I’m here, to help kids out and put the face of Puerto Rican golf out in the world.”

Surely he’d like to rekindle some great memories at the Puerto Rico Open, such as 2016, when he went out in a steady breeze in the opening round and shot 64. He was the first Puerto Rican to be leading a PGA TOUR event since Chi Rodriguez at the Tallahassee Open in 1979. The round drew a small but spirited crowd of islanders (about 700-1,000) and brought tears to the eyes of Sidney Wolf, the president of the Puerto Rico Golf Association and former tournament director of the Puerto Rico Open.

“My dream,” Wolf said outside the clubhouse that day, “is to see a Latino win this event.”

Viktor Hovland won the tournament a year ago, and broke the “curse” in becoming the first champion (outside of Michael Bradley, who won twice in Puerto Rico) to win again (Mayakoba) after prevailing in Puerto Rico. The tournament probably has been better known for its deep roster of young up-and-coming players who have finished runner-up. The event played a pivotal role in Jordan Spieth earning his PGA TOUR playing privileges in 2013, for instance. Jason Day was a past runner-up at the Puerto Rico Open. Bryson DeChambeau was a runner-up in 2017, and a year later, so was Daniel Berger, the recent winner of the AT&T Pebble Beach Pro-Am.

Campos stayed in the mix throughout the tournament in 2016, thrilling the home crowds, eventually finishing three shots behind Tony Finau (to date, Finau’s lone PGA TOUR triumph). The atmosphere really pumped up Campos, who knew his successful week not only was important for himself, but to inspire the Puerto Rico golfers of the future.

Campos said he aspires to see 10 to 15 Puerto Rico golfers competing on the world’s biggest tours. Right now, he is alone in doing that. He says there are times he looks around and feels he carries a heavy burden.

“Just knowing that I’m the only one, I’m trying to do what I can to keep the face of Puerto Rico in golf at the highest level,” he said. “It does affect me a lot. I just want to improve my game and help the kids here as much as possible, to help them play at the highest levels.”

Campos said he has been encouraged by a group juniors he has come to know in the 11-15 age range, with several promising players at each age in that spread. He says there are differences in how he grew up in the game and how current players in Puerto Rico are experiencing golf. When he came up, Campos said junior players in the Puerto Rico Golf Association enjoyed playing and practicing privileges across the island. He also had the chance to frequently compete in events. Whereas he might have played twice a month in tournaments on the island, he says sometimes youths today will play one tournament in six months.

“I don’t want to speak badly about golf in Puerto Rico, because they actually do a great job,” Campos said. “But there has to be more tournaments. We had a lot more opportunities; it was fun, and you created a competitive edge. We had a lot of good players. This is crucial: Right now, the courses aren’t allowing the play like they once did. Golf is an expensive sport. You need to promote it as much as you can that it’s a sport that anybody can play.

“You never know where the next Chi Chi Rodriguez, or maybe the next Tiger Woods, will come from. That kid right now might be in one of the poorest areas of Puerto Rico, and you’ll never know that kid has the skills unless he has the opportunity.”

This is how much Rafael Campos loves Puerto Rico, and how much he wants to see the island’s PGA TOUR event thrive. His dreams are big, and very ambitious, and the picture always includes more than just him and his game. It’s tournament week in Puerto Rico, and Campos is ready. He always is.