A day that started with a three-way tie for the lead ended with one man well in front. Here’s how things turned out at the Hero World Challenge, where Jon Rahm ended his year on a high note:

What it means: Rahm started the day with a share of the lead, and he broke free from the pack with a run of birdies in the middle of the round. When Finau ran into trouble on the par-4 14th, it allowed the Spaniard to cruise to an easy victory to close out the year, one that will vault him to No. 6 in the world when the new ranking is published. It’s the third worldwide victory of the year for Rahm, who also won the CareerBuilder Challenge and Open de Espana.

Round of the day: Rahm went bogey-free in his final trip around Albany, crushing drives and rolling in putts with aplomb en route to a 7-under 65. Birdies on four of his first nine holes moved him to the top of the leaderboard, and he padded his advantage with three birdies in a five-hole stretch from Nos. 11-15 that put the trophy out of reach.

Best of the rest: Rose matched Rahm with a 7-under 65 and left his de facto home event with a third-place finish. The Englishman made an eagle on the par-5 15th to go along with six birdies and a bogey. A birdie from Finau on No. 18 dropped Rose out of a tie for second and denied his latest bid to move past Brooks Koepka atop the Official World Golf Ranking.

Biggest disappointment: The year ends in a familiar fashion for Finau, who has played some stellar golf but remains almost three years removed from his lone worldwide win. Finau made five birdies over his first 10 holes to keep pace with Rahm, but his chances were undone when short-game woes led to a costly double bogey on No. 14. Instead he’ll leave the Bahamas with a runner-up finish, his third such result over his last nine starts.

Quote of the day: “I can say that ball-striking wise, it’s pretty much where I want it to be. It was about as perfect as it could have been today.” – Rahm 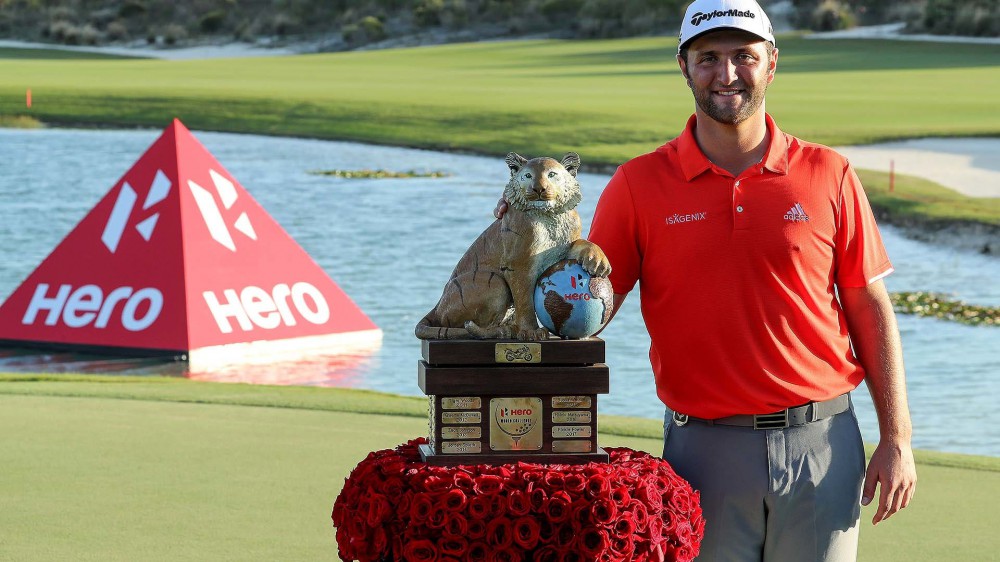 Grace in line for Masters invite via OWGR top 50

Woodland gets a grip, grabs the lead