NORTON, Mass. – In his first year on the PGA Tour, Jon Rahm won in his sixth start as a member at Torrey Pines, finished runner-up to world No. 1 Dustin Johnson at the WGC-Dell Technologies Match Play and moved into the top 10 in the World Ranking with his runner-up showing at Colonial.

It was impressive and a bit overwhelming, the Spaniard admitted on Saturday after taking the lead at the Dell Technologies Championship.

“I had a few goals early on in the year, and I ended up accomplishing a lot more than the ones I had in mind,” said Rahm, who finished with a 66 on Day 2 to move to 9 under. “It made me complacent of what I had accomplished all year.”

Rahm said that complacency led to some sub-standard play midway through the season, but he regrouped with his team and mental coach to come up with a new set of goals.

“It’s taken me two months to realize what I’ve done, and you know, hopefully I can keep surprising myself,” he said. “But it’s been a process. It wasn’t easy. I really couldn’t understand why all of a sudden I wasn’t playing good and my mind wasn’t in the same place, and it was because of that.”

Rahm said he also surprised himself in July when he won the Irish Open to secure his status on the European Tour, and that he’s adjusted his goals and is now focused on the Tour Championship in three weeks and a chance to win the FedExCup. 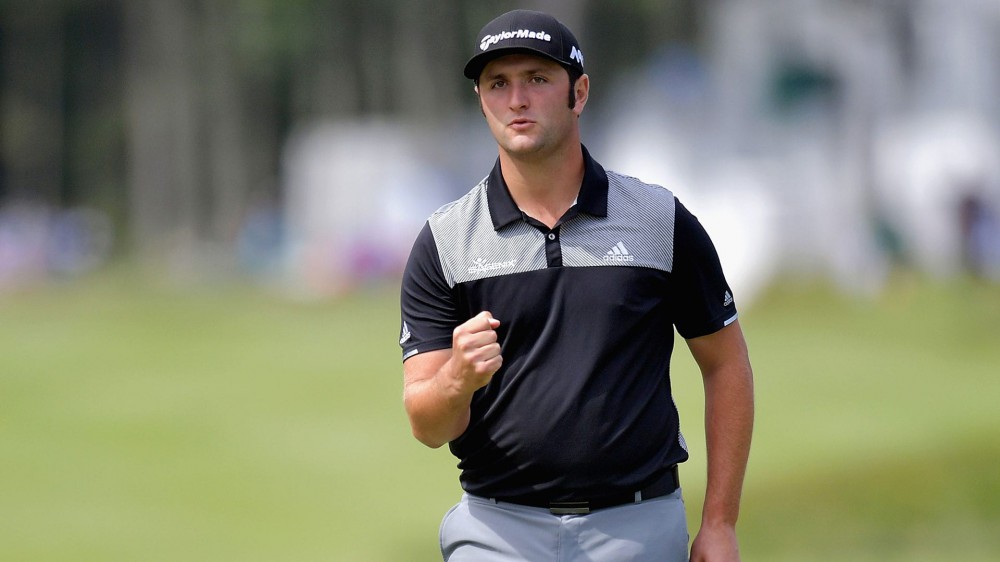 Poulter will play – rather than call – Masters