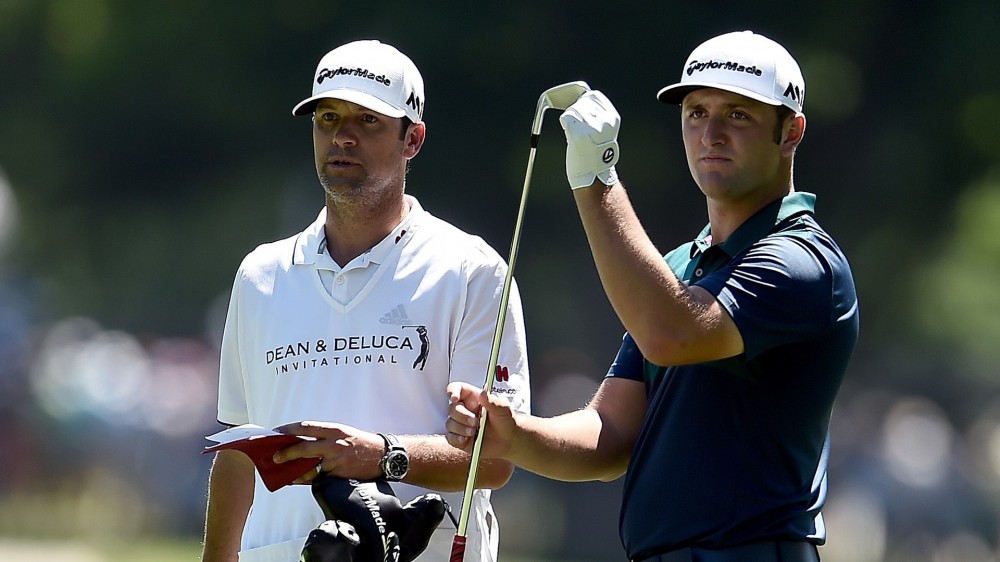 Jon Rahm took to Twitter to shoot down any discussion that he might ditch his current caddie to team up with the newly-unemployed Jim “Bones” Mackay.

Mackay and Phil Mickelson announced Tuesday that they had mutually decided to end their 25-year relationship as player and caddie. The news caught much of the golf world off-guard, and it led to speculation as to what bag the 52-year-old Mackay might next pick up.

That speculation quickly included Rahm, who has ties to the Mickelson family. Rahm starred at Arizona State under the tutelage of Tim Mickelson, who quit his position as men’s golf coach to become Rahm’s full-time agent once the Spaniard turned pro last year. Tim Mickelson will serve the remainder of the season as his brother’s new caddie.

But Rahm explained in a video in both English and Spanish that he has no plans to part with his current looper, Adam Hayes, with whom he won the Farmers Insurance Open earlier this year and has risen to No. 11 in the world.

Regarding the news today: @caddieadam is my caddie and will absolutely still be my caddie! pic.twitter.com/IOjxXbvtP3

“I just wanted to clarify a couple things I’ve read on social media,” Rahm said. “The rumor about me and Bones is both really unfair and untrue. I love the relationship with my caddie, Adam Hayes. He’s a great guy, we work well together. There’s no way I would ever change it.”

Rahm missed the cut last week at the U.S. Open and is expected to make his next start at the European Tour’s Open de France next week.