AUGUSTA, Ga. – Like many players, Jon Rahm took an early scouting trip to Augusta National to prepare for this week’s Masters. Unlike most players, he stayed.

Following the WGC-Dell Technologies Match Play, Rahm spent two days playing Augusta National, but he was advised by his trainer and other members of his team that it probably wasn’t the best idea to fly home to Scottsdale, Ariz., only to turn around a few days later and return to Georgia for the Masters.

Instead, he spent the next five days staying at Wesley Bryan’s house in Augusta. The two have become close friends and are scheduled to team up together later this month at the Zurich Classic.

“We play a lot of practice rounds together and we just like spending time with each other. He’s just a really fun guy to be around on the golf course,” Rahm said.

That friendship was put to the test, however, during a casual round at Bartram Trail Golf Club in nearby Evans, Ga., when Rahm closed in on the course record, which is held by Bryan.

“He came up one short of my course record, so it is still safe,” Bryan laughed. “He shot 61. I shot 60 out there a couple times, just knocking on the door, I had a brutal lip out for 59 on the last hole the last time we played.” 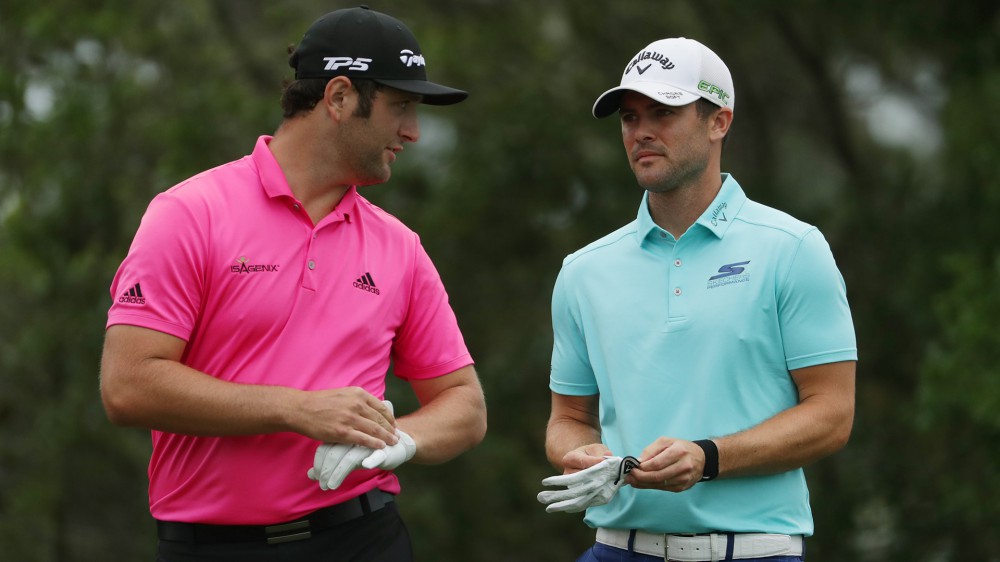