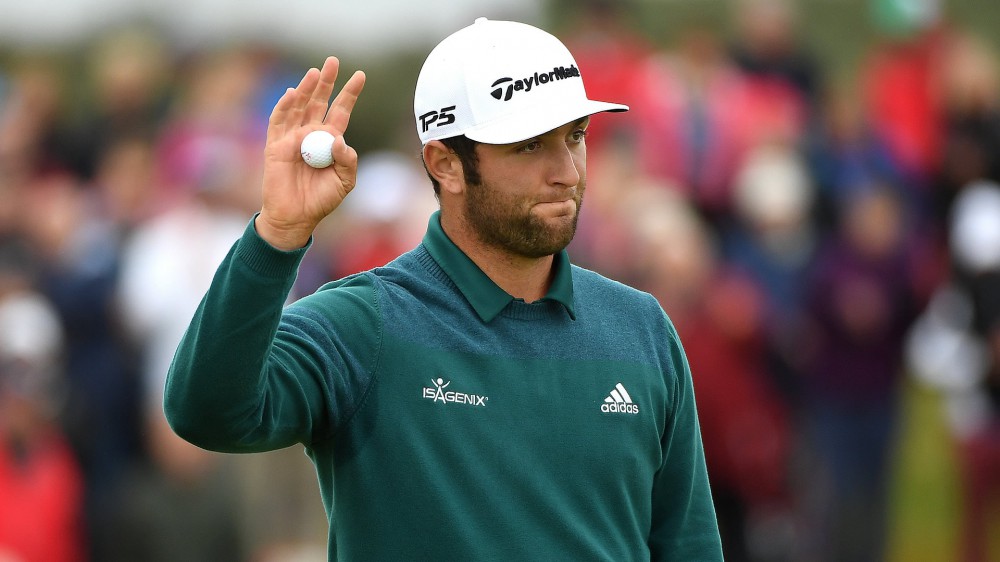 Jon Rahm appears to be able to do things in a timely fashion. In addition to his rapid rise up the Official World Golf Ranking, he’s quickly learning from his mistakes.

Rahm, playing alongside tournament host Rory McIlroy, shot 5-under 67 on Friday at Portstewart GC and is one off the lead at the Dubai Duty Free Irish Open.

He stands at 12 under par, trailing American Daniel Im, who also had a 67 in the second round.

Patience, Rahm says, has been key to his success this week. It’s something he’s been working on since displaying a series of angry outbursts in missing the cut at the U.S. Open.

“I learned from my mistakes. I made a couple of mistakes in my last two events in the States. I was a little too anxious, a little too excited, a little too aggressive in every sense and it showed,” said Rahm, who also missed the cut at the Memorial Tournament prior to Erin Hills. “Like I’ve said many times, I’ve apologized, I cannot feel any worse about it. I thought about it, I learned, I’m just letting things happen a little bit.”

Rahm’s second round in Ireland included one eagle, six birdies and three bogeys. He competed in last week’s HNA French Open, tying for 10th. The transition to his native continent seems to be helping his demeanor, as well.

“I think the area, this reminds me of back home,” he said. “Or the fact that I’m back in Europe, it just helps me be in that calm state of mind and it’s shown in the results.”

The 22-year-old from Barrika, Spain, turned professional after last year’s U.S. Open. He has since moved to 11th in the world rankings and won earlier this year on the PGA Tour. A European Tour victory would add another unanticipated checkmark.