CARNOUSTIE, Scotland – In his practice round Monday at Carnoustie, Jon Rahm bashed away with driver on the 18th tee, reducing one of the most intimidating finishing holes in championship golf into a driver-wedge.

Indeed, when it comes to his choice of clubs off the tee this week at The Open, Rahm has one strategy in mind.

“As many drivers as I can,” he said after playing 18 alongside Rory McIlroy. “I just feel comfortable with it.”

Playing downwind, the firm and fast conditions on the 18th have led some players, even a medium-length hitter like Brandt Snedeker, to challenge the burn fronting the green.

Rahm explained Monday why that was the prudent play.

“If you hit the rough this year, it’s not as thick as other years. You actually get a lot of good lies, so you can still hit the green with confidence.”

Rahm said that revelation was “quite surprising,” especially after encountering thicker fescue when he played the French Open and Irish Open, where he recorded a pair of top-5 finishes.

“But with this much sun” – it hasn’t rained much, if at all, over the past six weeks – “the fescue grass can’t grow. It just dies,” he said. “It’s a lot thinner than other years, so unless they can magically grow it thicker the next few days, it’s pretty safe to assume we can be aggressive.” 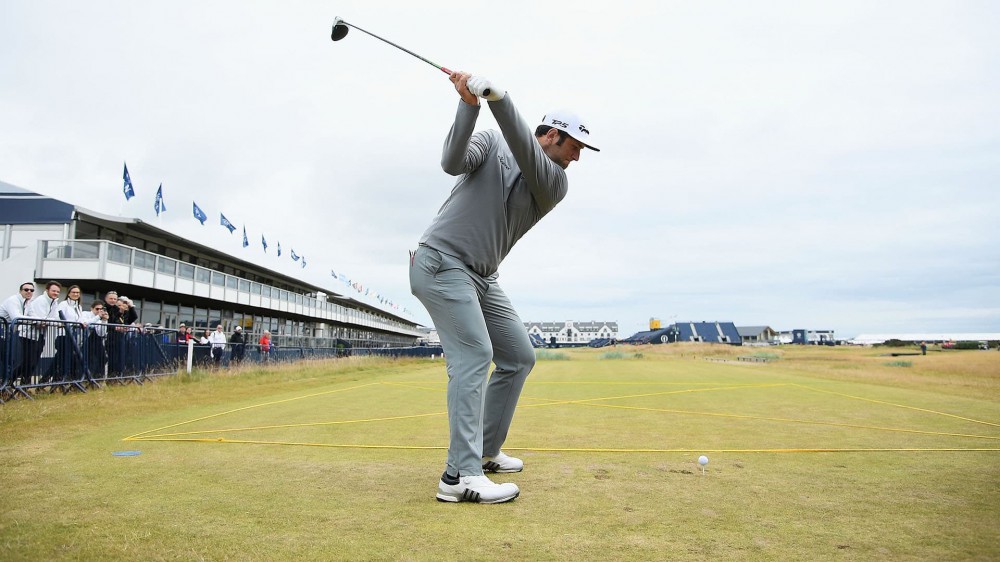