Rain on his parade: Spieth now 0-5 in singles

JERSEY CITY, N.J. – This week’s Presidents Cup was Jordan Spieth’s fifth team competition and he improved his record to 7-4-3 in Ryder and Presidents Cup play, but there is an exception to what is otherwise a stellar record.

Spieth lost his Sunday singles match to Jhonattan Vegas, 2 and 1, and is 0-5-0 in singles play in his career. It was a mark that drew the playful ire of his teammates on the eve of Sunday’s finish.

“You’re such a chop,” joked Kevin Kisner on Saturday.

The ribbing continued following the U.S. team’s 19-11 victory over the Internationals at Liberty National.

“I’ve got a question for Jordan. How does it feel to be 0-5 in singles?” Dustin Johnson laughed.

Spieth shot back: “I’ve won four of five of those team events, so it is what it is, bud.”

Speith joked on Saturday that because he normally plays all four team matches before the singles session he’s tired when Sunday arrives, and he also normally draws the other team’s best player.

Vegas was one of the International side’s better performers this week, and last year at the Ryder Cup he lost to Henrik Stenson, 3 and 2, just weeks after the Swede had won The Open. 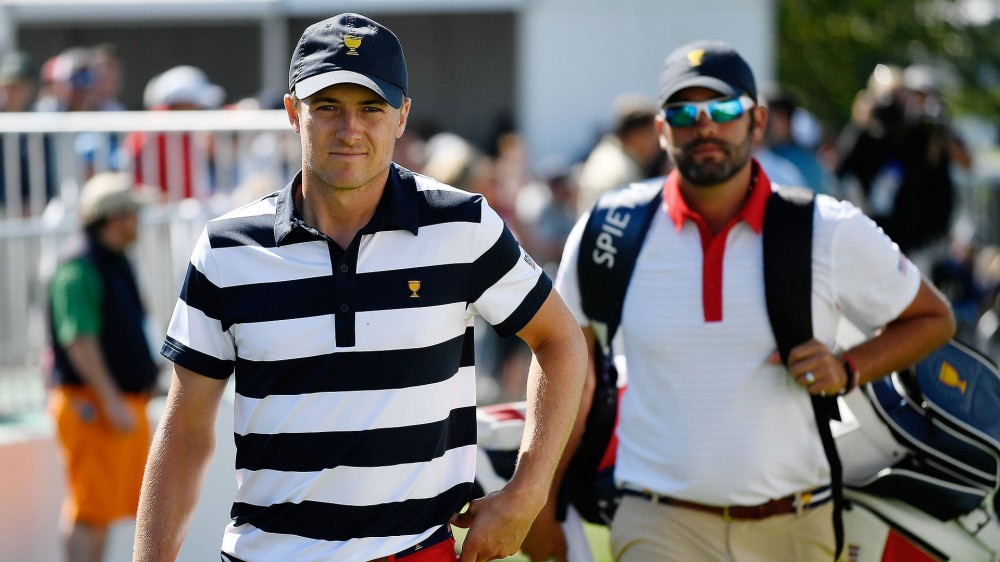 Players sound off on Evian controversies