It was another idyllic day at Augusta National, as the early leaders wobbled and the late leaders charged. Here’s how things look heading into the weekend at the 2018 Masters, where Patrick Reed has surged to take a two-shot lead:

What it means: Any thoughts of a Spieth runaway were quickly doused when the overnight leader played his first two holes in 3 over. That opened the door for a large portion of the field, and Reed was the one who took the most advantage of his opportunity. Still in search of his first major title, he’ll now take a sizeable lead into the third round while Leishman has hopes of snagging the green jacket he watched countryman Adam Scott slip into five years ago.

Round of the day: Reed started the day three shots behind Spieth, but by the time he teed off in the day’s last group that gap had slimmed significantly. He made quick work once he hit the course, with birdies on each of his first holes and six of his first nine. Reed made nine birdies on the day by stringing together three different runs of three straight birds, and despite a trio of bogeys still signed for a 6-under 66.

Best of the rest: Justin Thomas seemed out of the mix after an opening-round 74, but the world No. 2 wasted little time in turning things around. A 5-under 67 in the second round was highlighted by three straight birdies on Nos. 13-15 and capped with a tricky par save on the home hole. At 3 under, he remains within striking distance as he looks to win consecutive major titles.

Biggest disappointment: Early in his second round, it seemed Phil Mickelson was primed to make a legitimate run at a fourth green jacket. Lefty stood on the ninth tee at 2 under for the week and within striking distance of the leaders, only to make a disastrous triple bogey that sent him into a tailspin. Mickelson made a watery double on No. 12 and added two more bogeys coming in to post a 7-under 79 that put his title chances on life support. At 5 over, he made the cut on the number.

Main storyline heading into Saturday: The focus will be two-fold, as Reed looks to hold onto an unfamiliar position while the rest of the field keeps an eye on the weather. Wind and storms are expected to roll through Augusta Saturday afternoon, which could impact play for the leaders and add an unforeseen element. Among the chase pack, it’s likely that at least one member of the star-studded group at 4 under will make a move.

Shot of the day: Leishman will take home some crystal after dg one of the shots of the week on No. 15, a sweeping draw over around a stand of trees from 223 yards that landed on the green and rolled to within 6 feet to set up an eagle that kept him within reach of Reed.

Quote of the day: “I’m going to have to shoot a special weekend and need help. I’m not in control of my own destiny here, I’m so far back.” – Tiger Woods, who shot a 3-over 75 in the second round and enters the weekend at 4 over. 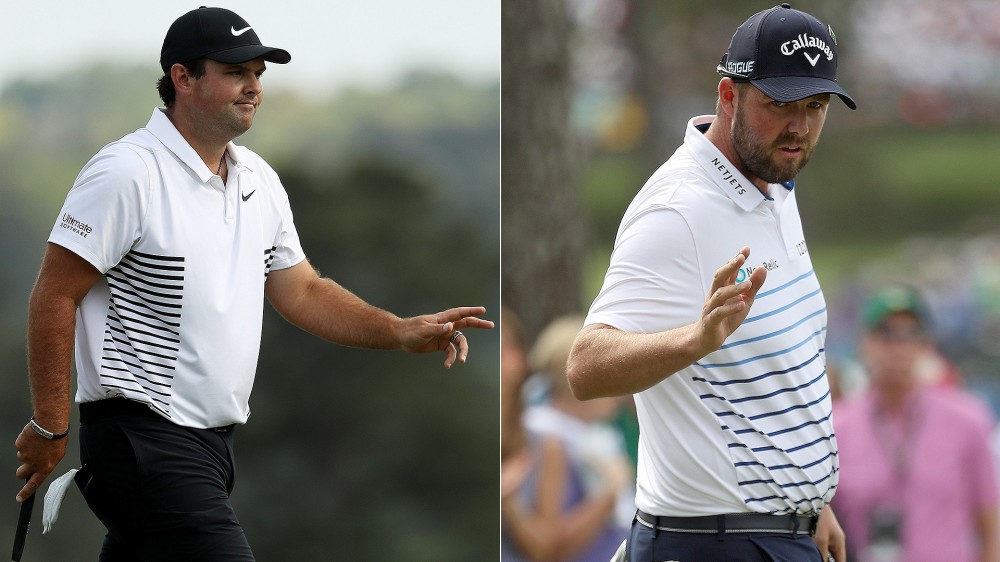