PALM HARBOR, Fla. – Coming off a pair of disappointing rounds and with his Masters title defense around the corner, Patrick Reed reached out to a new source for some instructional inspiration: David Leadbetter.

Leadbetter has never worked with Reed before, and he didn’t meet him in person until Friday morning on the Innisbrook range. But shortly before Reed teed off in the second round of the Valspar Championship, the two spent more than an hour together dissecting Reed’s motion.

“Just trying to get a fresh perspective on the swing,” Reed said. “I feel like the club’s in a way better position now than it’s been, ever. I’m just hitting a couple loose shots that are kind of costing me some finishes I feel like I should be having.”

The range session didn’t offer much in the way of immediate payoff, as Reed struggled to a 4-over 75 and missed the cut by nine shots. It’s his first missed cut since the PGA Championship in August and comes on the heels of a final-round 78 at The Players Championship.

Under Leadbetter’s watch, Reed ‘not too worried’ after Valspar MC

Just three week’s away from the Masters, Patrick Reed’s game is trending in the wrong direction. But he’s seeking help from a new face, and still maintains that his A-game hasn’t completely left him.

Leadbetter is an area resident who was already in town, and he explained that it was Reed’s wife, Justine, who reached out to him via phone Thursday afternoon to see if he could meet for an impromptu lesson.

“I just got a call from his wife, from Justine, who said, ‘Hey, listen, would you be prepared to just have a little look at Patrick. He’s struggling at the moment, he’s sort of lost a little bit. Could you do that for us?’” Leadbetter said. “I said, ‘Yeah, I’m here, sure I’ll do it. Absolutely.’”

Reed hit only four fairways and four greens in regulation during the opening round, totals that he improved to eight and 11, respectively, during the second round. He shared that the decision to contact Leadbetter had everything to do with geographical proximity and doesn’t affect his longstanding relationship with swing coach Kevin Kirk.

“KK and I are really close. That has nothing to do with it,” Reed said. “Just trying to improve and get better every day.”

Asked about the decision to have his wife reach out to Leadbetter on his behalf, Reed explained that he has “full confidence” in any decision made by Justine, who caddied for her husband before getting pregnant with the first of the couple’s two children.

“The great thing is we’re basically on the same wavelength, her and I,” Reed said. “Because of that, before I even finished my [opening] round I didn’t even have to tell her that, hey, is there any way we can get someone in to just take a peek.”

As for future peeks, both Reed and Leadbetter remained non-committal about the prospects of another range session down the line.

“Who knows. You never know with these guys,” Leadbetter said. “I never hold my breath with these guys, and I’ve been around long enough doing this. But he seemed to like it, so we’ll see how it goes.”

“I don’t know. We’ve got to wait and see,” added Reed. “After yesterday and today, just kind of reset. Take a day or two off and get the energy back and get ready for the Match Play and Augusta.” 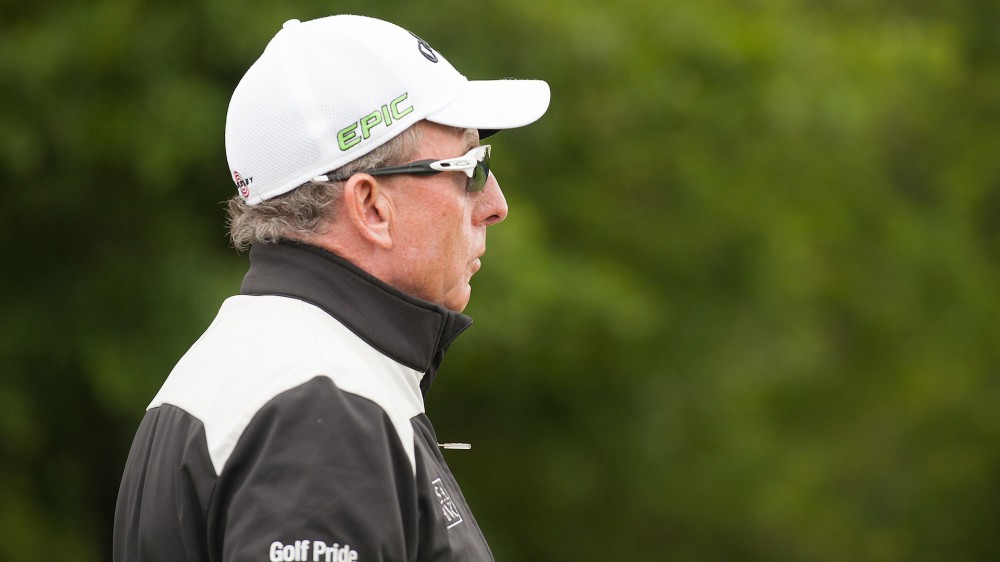