There are 14 amateurs listed in the field for next week’s U.S. Open. But it’s been 84 years since one finished first.

On June 10, 1933, Johnny Goodman won the national championship by one shot over Ralph Guldahl.

Goodman led by six shots entering the final round, thanks to scores of 75-66-70 at the par-72 North Shore Country Club in Glenview, Ill.

After a hot start to his final round – which included an eagle and a birdie in his first three holes – Goodman struggled to a 4-over 76. But when Guldhal missed a 4-foot par putt on his final hole to force a playoff, Goodman was the lone man in the red, at 1 under par.

Goodman was born Dec. 28, 1909 in Omaha, Neb., where he started in the game by caddying to earn money, following the death of his mother and his father’s subsequent abandonment.

He eventually became a standout player in the area and defeated Bobby Jones in the first round of match play in the 1929 U.S. Amateur at Pebble Beach. Goodman would win the amateur in 1937 and was on the victorious U.S. Walker Cup teams in 1934 and ’36.

Goodman earned a living by selling insurance and served in the U.S. Army in World War II. He died in 1970, at age 60. 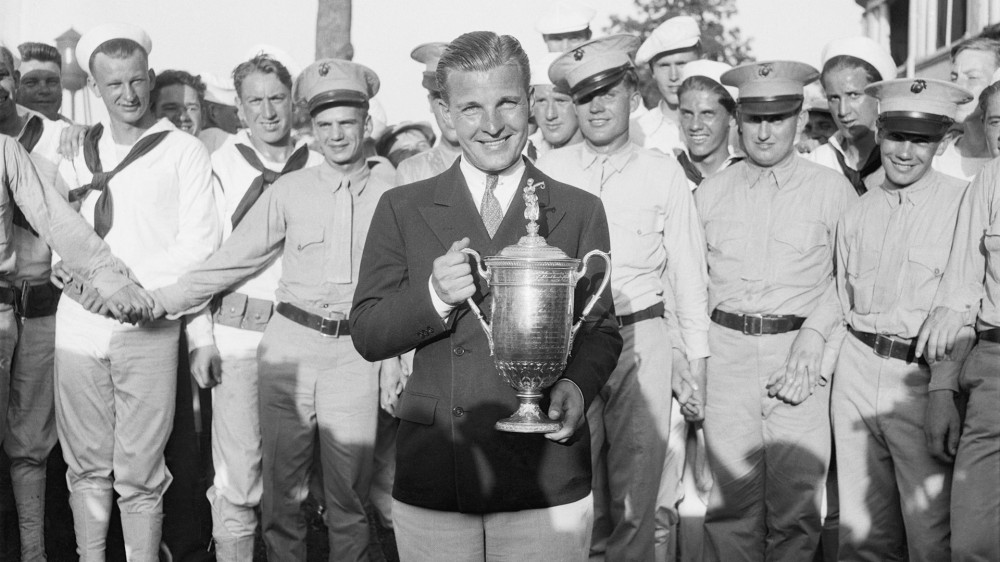