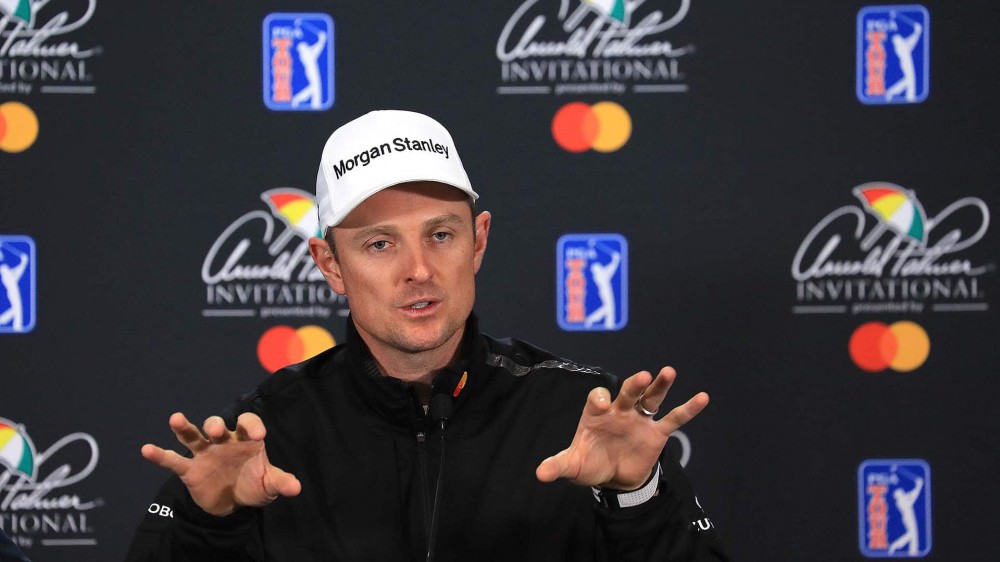 ORLANDO, Fla. – While many players in the Arnold Palmer Invitational field find themselves in the midst of a busy stretch, Justin Rose arrived at Bay Hill this week with a full tank of gas.

The former world No. 1 has taken each of the last four weeks off, skipping the star-studded Genesis Open and bypassing guaranteed money and world ranking points at the WGC-Mexico Championship. According to Rose, that decision was based on the extra travel he faced at the end of last year, and one that was easier to make following his win at the Farmers Insurance Open in January.

“To get those points under the belt early in the season made this time off, this planned time off feel a little less sort of stressful in a way,” Rose said. “But it was needed, and I practiced hard the last couple of weeks and I’m really excited to be here at the Arnold Palmer Invitational to really get the season going.”

Rose turned heads with his decision to switch to Honma equipment to start the new year, but that choice quickly paid dividends with his strong play at Torrey Pines. The Englishman flew from San Diego to Saudi Arabia the following week and missed the cut. He hasn’t played competitively since.

Having ceded the top spot in the world rankings this week to Dustin Johnson, Rose is rested and eager to get back to work in a town he once called home and on a course where he finished third a year ago.

“Having those points on the board just made it feel like a really significant break, and something that hopefully I will gain a benefit of, not necessarily this week but at some point in the summer,” he said. “There’s big events coming all the way through until August now, and so that was the intention really is to sort of build in a bit of a buffer.”