Angela Stanford finds it harder to step inside the ropes and play these days.

Her mother, Nan, was diagnosed with invasive lobular carcinoma breast cancer in 2009, but her mom fought her way through multiple surgeries and chemotherapy to become symptom free for almost eight years . . . until the cancer came back last month.

Stanford learned during the Walmart NW Arkansas Championship that the cancer had metastasized to her mother’s bones.

So when Stanford, 40, worked her way up the leaderboard Saturday at the Marathon Classic, family, friends and fans who follow her closely knew the hard climb she was making.

After a 6-under-par 65 moved her a shot off the lead, Stanford was asked about more than her bid to win her sixth LPGA title, her first in six seasons. She was asked how hard the game is becoming.

Stanford said she was “devastated” when her mother was first diagnosed in 2009.

So this news hit hard, too.

Stanford tweeted out an Instagram post a couple weeks ago sharing the news and just what her mother means to her.

Last week we found out that my mom’s breast cancer has metastasized to her bones. She has been cancer free for 8 years. I have never met anybody on this planet who has more joy and genuinely wants the best for others. She will start the battle again and will always fight because that’s who she is, the strongest person I know. I’m simply asking for all you to keep her in your prayers and to love those who mean the most to you. #Joshua1:9 #cancersucks

“I have never met anybody on this planet who has more joy and genuinely wants the best for others,” Stanford wrote. “She will start the battle again and will always fight, because that’s who she is, the strongest person I know. I’m simply asking for all of you to keep her in your prayers and to love those who mean most to you.”

Stanford told Golfweek that she asked her mother, before posting on Instagram, if her mother minded sharing the news with 20,000 followers.

“Nan said she could use the 20,000 prayers,” Golfweek’s Beth Ann Nichols wrote.

The heartfelt Instagram post may not make Stanford’s journey or her mother’s journey easier, but with all the support they hear,  it makes it less solitary.

“It’s amazing how great our fans are, and how they can care so much for somebody they have, or haven’t, met,” Stanford told LPGA.com back when her mom was originally diagnosed. 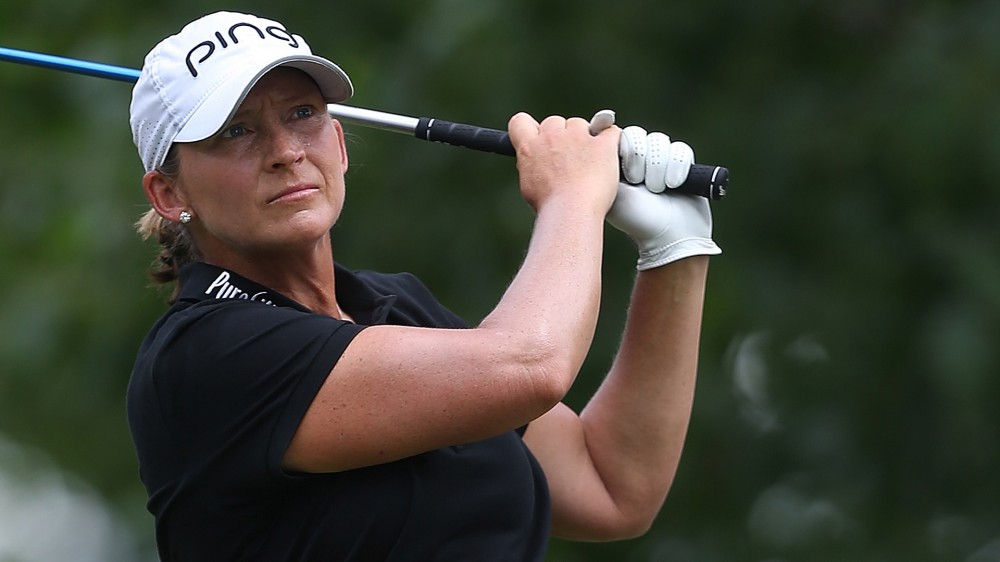