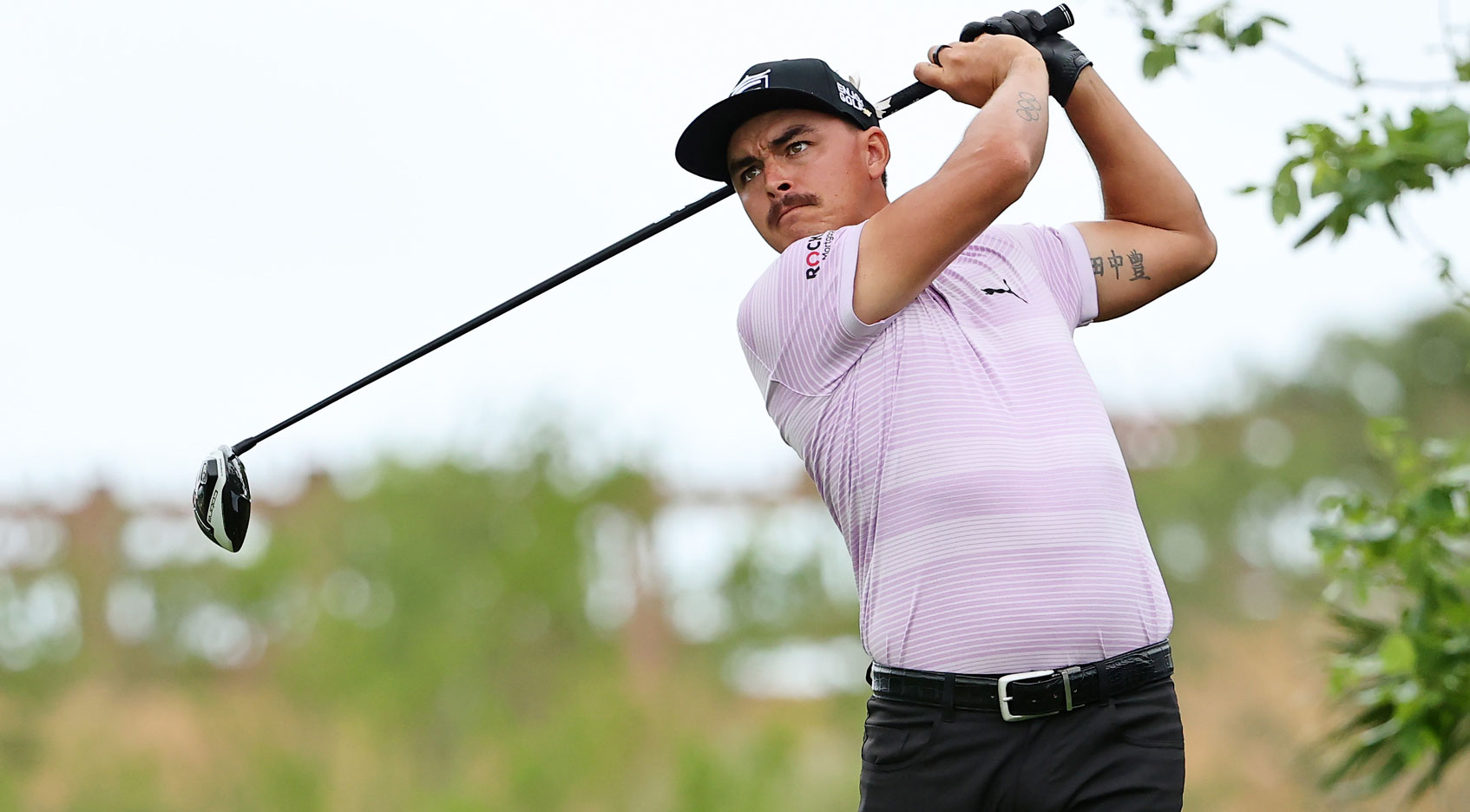 PLAYA DEL CARMEN, Mexico – As Rickie Fowler departed his post-round interview Thursday at the Mayakoba Golf Classic presented by UNIFIN, he was greeted by Justin Thomas, who delivered well-wishes and a pat on the back.

“Nice bounce-back,” said Thomas, who had played in the group just behind Fowler.

After making a quadruple-bogey 8 on the par-4 12th hole at El Camaleon GC (his third hole), Fowler rallied to post 1-under 70 on a windy opening day outside Cancun.

Fowler made birdie on his first two holes Thursday before the quadruple bogey, then played his next eight in 1-under before another double bogey at the par-4 third. He rallied with four birdies in his final six holes.

It marked the first time in Fowler’s PGA TOUR career that he has recorded a double bogey and an “other” (score worse than double bogey) and still carded an under-par score.

“This has to be the lowest I’ve shot with a quad,” reflected Fowler after signing his card Thursday. “You’re definitely not going to win it on Thursday, but you can definitely take yourself out of the tournament. I’m glad we were able to keep the attitude in check, keep moving forward and take what could’ve been a really bad day, and salvage a decent day.”

El Camaleon GC is defined by narrow fairways that are lined by mangrove trees. Fowler’s tee shot at No. 12 sailed into mangroves right of the fairway, leading to a penalty stroke. His third shot again incurred a penalty stroke, and he eventually two-putted for quadruple bogey.

“I made an 8; that’s what happened,” Fowler said. “There’s no way around it. Made a decent swing with the driver, just got it a little bit on the toe and it started moving and got on the other side of the wind.

“I think I did a really good job of just not worrying about what happened, just accepted that balls getting a little off-line were going to happen with how windy it is. There’s a lot of trouble around the golf course on both sides. It’s not like there’s a side that you can favor; there’s trouble on both sides pretty much every hole.”

Fowler admitted that his game has been “in a tough spot this year.” Since the Return to Golf in June, he has yet to record a top-10 finish in 13 starts.

Recent swing adjustments, though, have led him to believe that better days are ahead. He has been working on “being a little more deliberate on the backswing” – trying to get the club into a better spot at the top, so that he can swing through the ball with more freedom.

He spent Thanksgiving at home and arrived in Mexico with a good attitude. It allowed him to rebound quickly from what could have been disaster, and stay within shouting distance of the leaders.

“It’s still a work in progress,” said Fowler of recent swing adjustments. “It’s not that it feels amazing; it’s still a little foreign territory at times, but I feel like it’s been good so far.

“When you see things go a little sideways, it’s tough to have the confidence to trust that it’s going to turn around. But I feel good with where I’m at, and luckily I was able to rely on that and the confidence that I have in myself to get the rally going.”