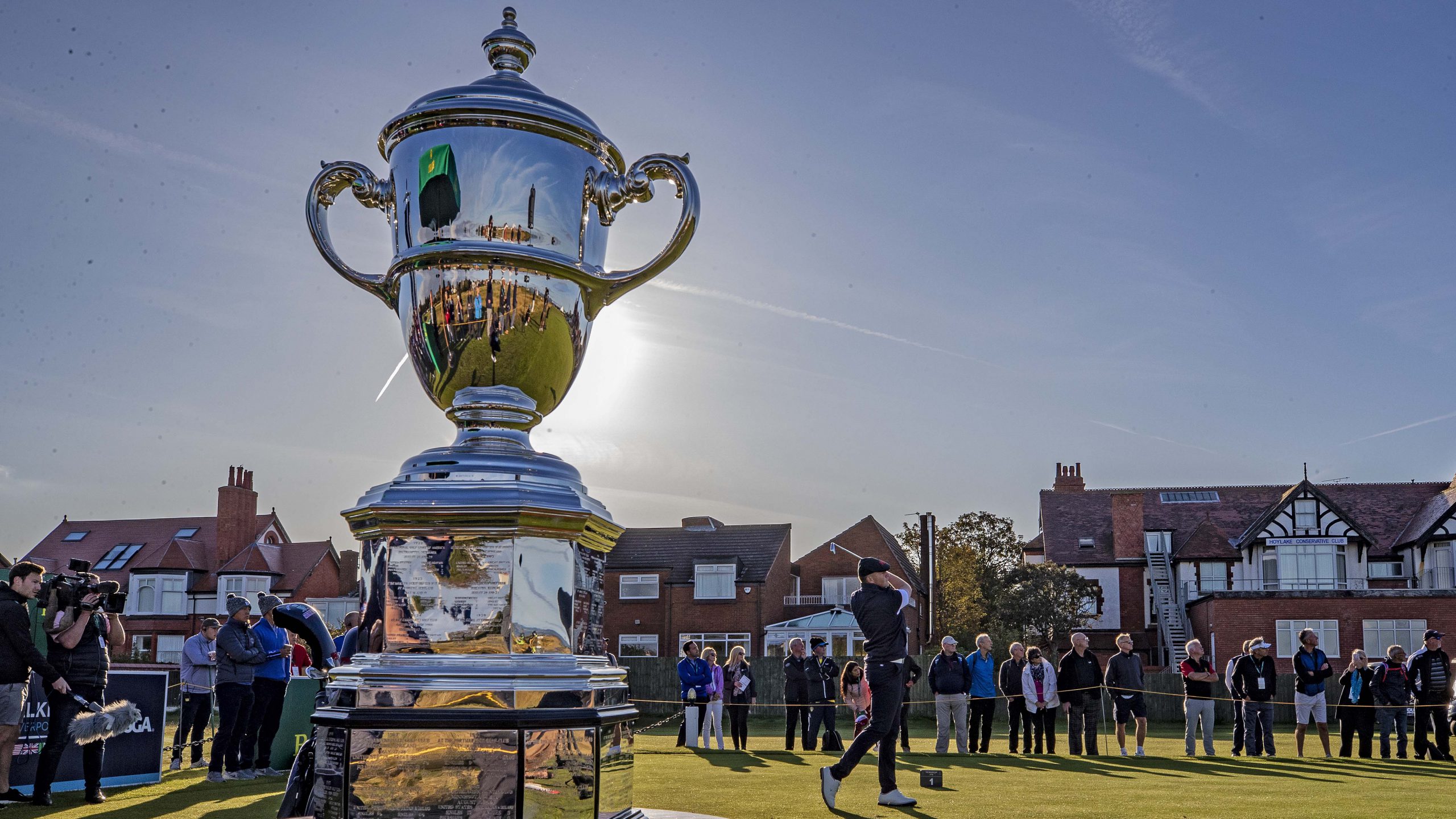 As for the remaining contenders for those nine other spots, the road to Seminole Golf Club will look a little different.

In typical Walker Cup years, the biennial event is held in the fall. But with the Juno Beach, Florida, club closed during that time of year, the dates were bumped up to this May. That means there are just seven months left for players to build their resumes. And not a ton of opportunities.

As of Thursday, 17 of the 31 NCAA Division-I golf conferences have decided to not play golf this fall because of COVID-19 concerns. Many of the other 14 conferences have left competing up to each individual university. There is no guarantee all of those conferences will play in the spring, either, but if things did return to normal, the best-case scenario is a school would play in four to five tournaments before the team is decided, likely in early April before conference championships begin (the top three Americans in the WAGR are still expected to get automatic exemptions, as is the top-ranked mid-amateur with the U.S. Mid-Amateur being canceled this year, though a cutoff date has not yet been announced).

The good news for many of the top Americans is that a good chunk of them, including Florida’s Ricky Castillo, Georgia’s Davis Thompson and Texas teammates Pierceson Coody and Cole Hammer, compete in the Big 12 or SEC, two conferences that currently are a go for fall golf. However, on the opposite end of that spectrum are Florida State’s John Pak and SMU’s Mac Meissner, who won’t play collegiately until next year.

The uncertainty of college tournaments between now and May mean that top winter amateur events, including the Jones Cup and South Beach International Amateur, will be even more important for Walker Cup hopefuls. So will the U.S. Open next month at Winged Foot, where Hammer, Castillo, Thompson, Pak and Vanderbilt’s John Augenstein will all compete. Even tournaments such as the Patriot All-America and New Year’s Invitational will surely receive a boost in field strength. Seven amateurs have been added to the all-exempt field for next month’s U.S. Open based on the latest World Amateur Golf Rankings.

Of course, there have also been playing opportunities created for these players who had their fall seasons taken away. The GCAA Amateur Series kicked off last weekend with Oklahoma’s Quade Cummins winning the first event in Norman, Oklahoma. Fifteen of the remaining 16 events, which will award WAGR points, already have full fields.

Then there is the Maridoe Amateur Championship, which could be a key cog in the Walker Cup selection formula. With input from Crosby, the Carrollton, Texas, club, which hosted two pro events this past summer along with the Southern Amateur, decided to construct a U.S. Amateur-style competition to be played the week after Thanksgiving – and shortly before a likely U.S. Walker Cup practice session.

The Nov. 30-Dec. 6 event will consist of 54 holes of stroke play followed by a 64-player match-play bracket and a 36-hole championship match. The tournament will invite the top 102 players in WAGR and fill the field based off the rankings.

Assuming the Maridoe event gets most of the top Americans, the winner that week, if American, should greatly improve his chances of competing at Seminole.