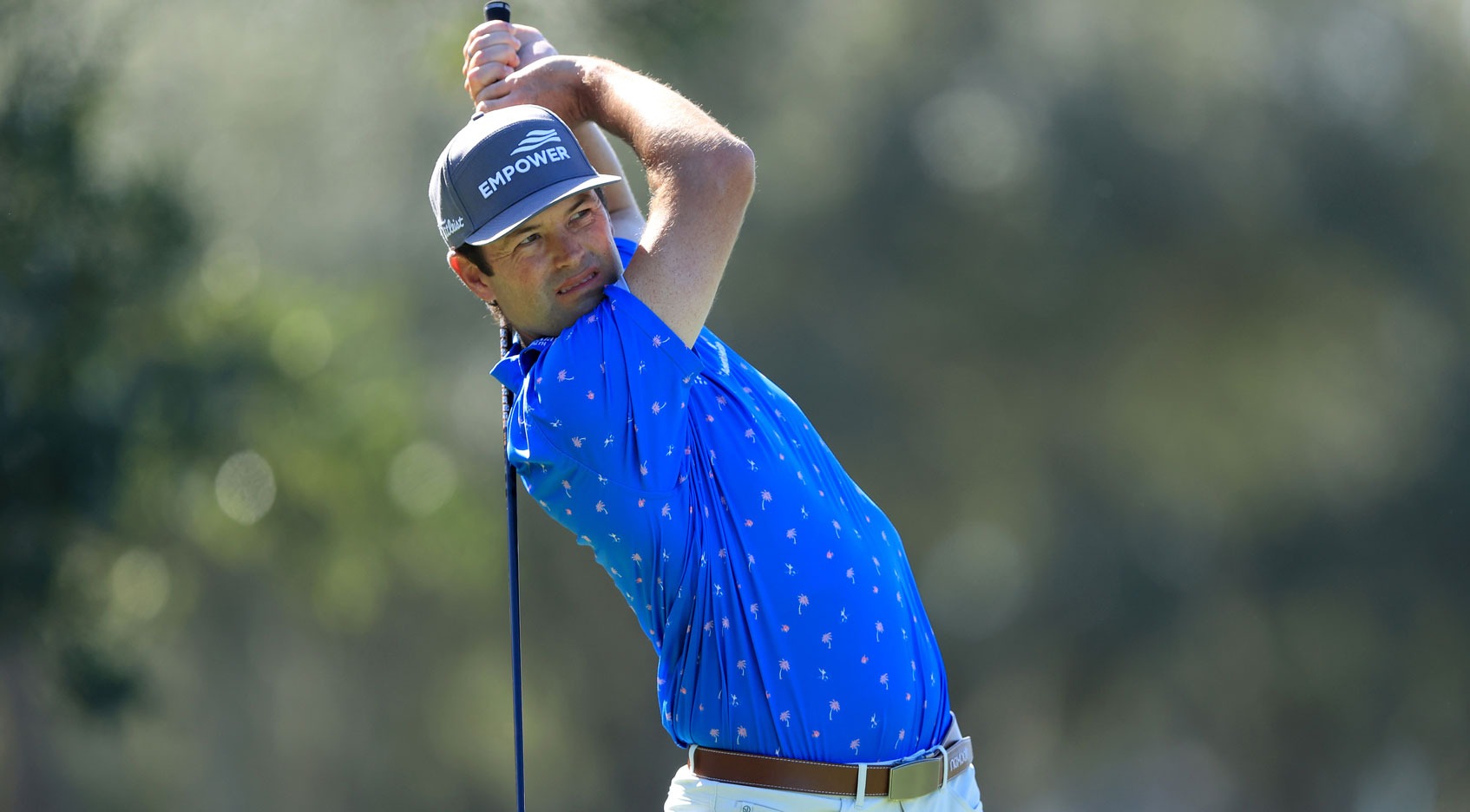 ST. SIMONS ISLAND, Ga. – Banners honoring the past winners of The RSM Classic line the road leading into Sea Island Resort this week. Robert Streb admits that he sneaks a peek at the oversized photo of himself as he arrives at the course each day.

“It’s the only place I have a banner,” he said.

Streb won his lone PGA TOUR title here six years ago. Now he has a chance to be the only player with two banners hanging on Retreat Avenue. Streb will take a three-shot lead into the final round at Sea Island Resort.

He shot 67 on Saturday to post a 54-hole total of 17-under 195. He’ll be joined in Sunday’s final group with two-time major winner Zach Johnson and Bronson Burgoon, who made five back-nine birdies Saturday after his caddie told him to move the ball back in his stance.

Emiliano Grillo is alone in fourth place at 13 under par. None of the top four players on the leaderboard has won since 2015, when Johnson won The Open Championship and Grillo won his lone PGA TOUR title.

Camilo Villegas, who’s trying to win just months after the passing of his 22-month-old daughter, is five shots back, along with Kyle Stanley and Kevin Kisner, who won the first of his three PGA TOUR titles at the 2015 RSM Classic.

Johnson is trying to become the first Sea Island resident to win The RSM Classic. Burgoon is seeking his first PGA TOUR victory. He and Streb attended Big 12 schools at the same time. Streb played for Kansas State. Burgoon hit the clinching shot for Texas A&M in its victory at the 2009 NCAA Championship. They couldn’t recall playing with each other in college, however.

“We didn’t play with them much outside of conference. They were playing against bigger schools,” said Streb, who finished third in the conference championship as a senior. Burgoon was fourth, while a player named Rickie Fowler finished in fifth place.

This week, Streb hasn’t looked like a player who’s finished outside the top 125 in the FedExCup in each of the past three seasons.

He has just one bogey in 54 holes at Sea Island, tied for fewest in the field. He’s in the top 10 in both greens in regulation and Strokes Gained: Putting. Streb has missed just four greens over the past two rounds.

This win would come in a much different fashion than his win here six years ago. He double-bogeyed the first hole of that tournament after snap-hooking his opening tee shot into a bush. He started the final round in 12th place, five shots off the lead, but shot 63 before winning in a playoff. His wife, Maggie, was pregnant with the couple’s first child when he won.

Now the couple has two kids, and the whole family is in Sea Island this week, as are Streb’s in-laws.

“We’ll probably just get some dinner and chase the kids around a little bit, then put them to bed and then kill a little time in the morning with them,” Streb said Saturday.

Though it is the site of his lone PGA TOUR victory, Streb said he doesn’t have any Sea Island traditions. He got ice cream from the local Dairy Queen on the eve of his win in 2014. The Dairy Queen has closed, but Streb said the family may treat itself again this evening.

“Most likely a large,” he joked.

His win in 2014 kicked off a big season. He had nine top-10s – in addition to the win, he was in a playoff at the Greenbrier and had top-10s at a World Golf Championship (Bridgestone Invitational) and a major (PGA Championship). He entered the FedExCup Playoffs at No. 6 in the standings en route to his lone TOUR Championship appearance. He hasn’t finished better than 63rd in the FedExCup since, however.

“I had that really big year and kind of thought I would just keep trucking along,” he said. “I didn’t play quite as well and I guess kind of gone through a lull for a little while. I don’t really have a good answer for you other than it’s just taken me too many shots to get the ball in the hole.”