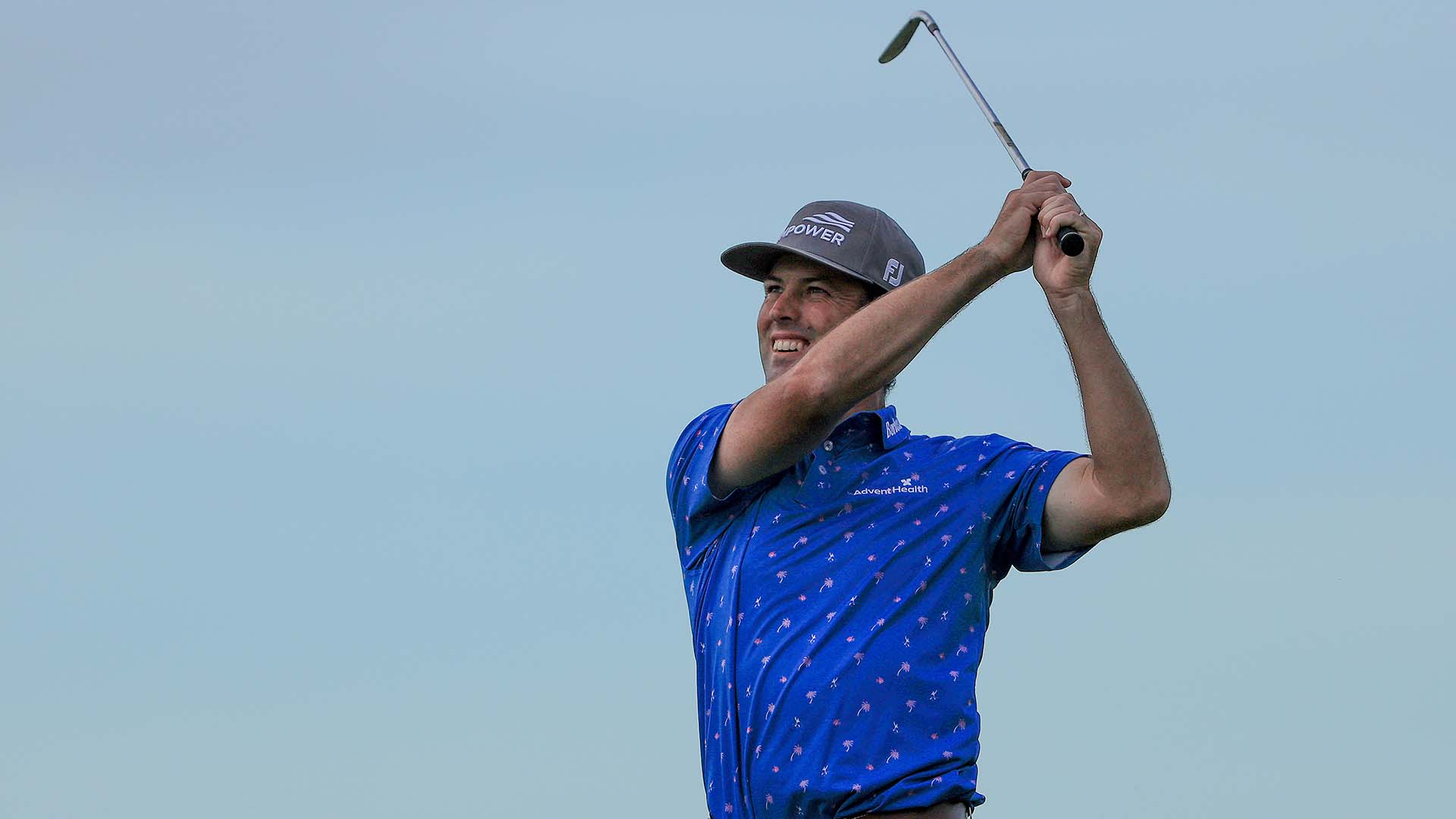 ST. SIMONS ISLAND, Ga. – Robert Streb doesn’t consider himself a superstitious person, but he is a creature of habit.

Following a grinding 67, which moved him three strokes clear of the field Saturday at the RSM Classic, Streb was asked if he remembered what he did the night before his first PGA Tour victory, the 2014 RSM Classic.

“No, I don’t. Probably got ice cream,” he said before adding, “I’ll probably get ice cream tonight.”

There’s no reason to change a winning formula, but this year’s event is drastically different than the 2014 tournament. Streb began the final round six years ago five strokes off the lead and closed with a 63 to force a playoff with Brendon de Jonge and Will Mackenzie.

This time around he’ll take a commanding lead into the final round on a course made deceptively challenging this week by nonstop wind.

“Just trying to keep doing what I’m doing. I don’t think the wind’s supposed to blow quite as hard tomorrow, so probably got to make a few birdies,” Streb said. “Guessing a few guys will go low and see how we do.”

Zach Johnson and Bronson Burgoon are tied for second place at 14 under.