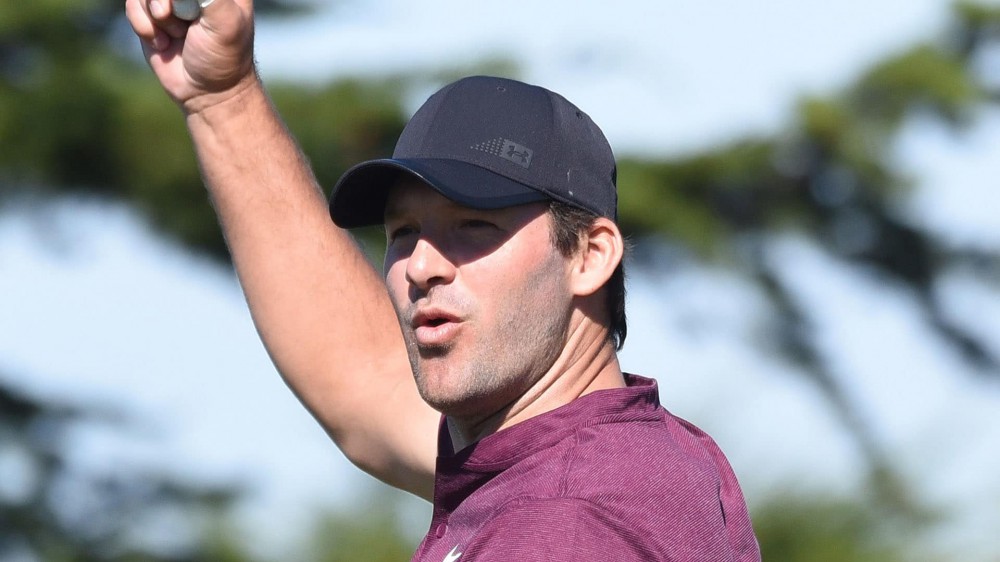 Former NFL quarterback Tony Romo will be returning to the PGA Tour this spring.

The former Dallas Cowboys star and current CBS NFL analyst has accepted a sponsor exemption into this year’s AT&T Byron Nelson, played at Trinity Forest in Dallas where Romo is a member.

The 38-year-old is an avid golfer, advancing out of the preliminary stage of Web.com Tour qualifying last year shortly after he captured the celebrity title at the American Century Championship. Romo made his PGA Tour debut on a sponsor invite at last year’s Corales Punta Cana Resort & Club Championship, shooting rounds of 77-82 en route to a last-place finish.

This time around he’ll join a field that is expected to include another Dallas star, Jordan Spieth, as the tournament shifts to the week before the PGA Championship in the Tour’s revamped schedule.

“We’ve talked about it for years,” tournament director Jon Drago told the Dallas Morning News. “He’s tried to qualify for some of them, has had conflicts with football. Now we’re playing at Trinity Forest, his home course, and he’s not playing football. The timing just felt right this year.”

Earlier this month Romo played as a scratch handicap in the amateur portion of the AT&T Pebble Beach Pro-Am, where he paired with Jim Furyk and grabbed headlines for a shot he hit from a hospitality tent.