ST. SIMONS ISLAND, Ga. – Austin Cook is a rookie only on paper. At least, that’s the way he’s played since joining the circuit this season.

This week’s RSM Classic is Cook’s fourth start on Tour, and rounds of 66-62 secured his fourth made cut of the young season. More importantly, his 14-under total moved him into the lead at Sea Island Resort.

“I really think that a couple years ago, the experience that I have had, I think I’ve played maybe 10 events, nine events before this season,” Cook said. “Being in contention a few times and making cuts, having my card has really prepared me for this.”

Cook has been perfect this week at the RSM Classic and moved into contention with four consecutive birdies starting at No. 13 (he began his round on the 10th hole of the Seaside course). A 6-footer for birdie at the last moved him one stroke clear of Brian Gay.

In fact, Cook hasn’t come close to making a bogey this week thanks to an equally flawless ball-striking round that moved him to first in the field in strokes gained: tee to green.

If Cook has played like a veteran this week, a portion of that credit goes to long-time Tour caddie Kip Henley, who began working for Cook during this year’s Web.com Tour finals.

“He’s got a great golf brain,” Henley said. “That’s the most flawless round of golf I’ve ever seen.” 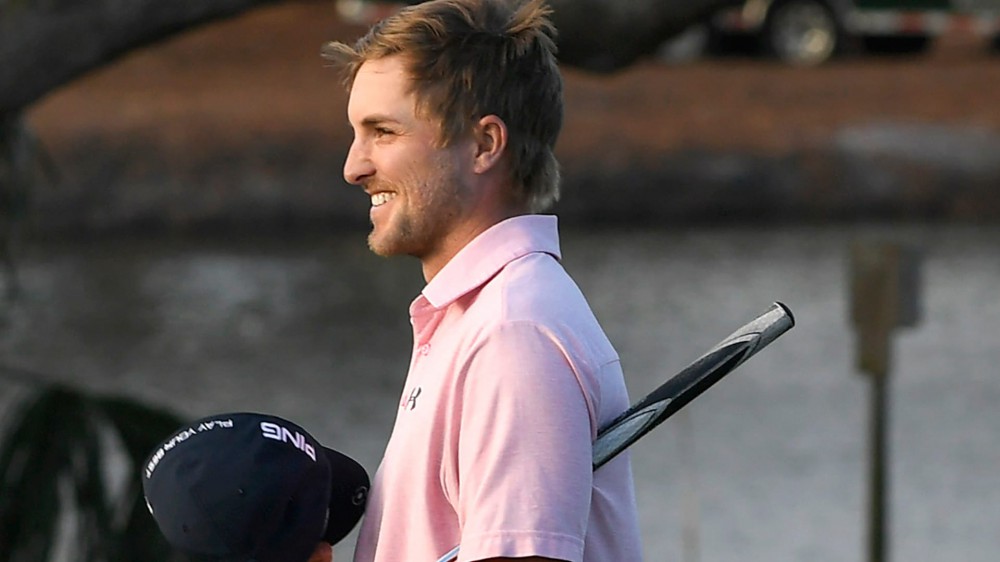 What happened? Rory explains his second shot on 18