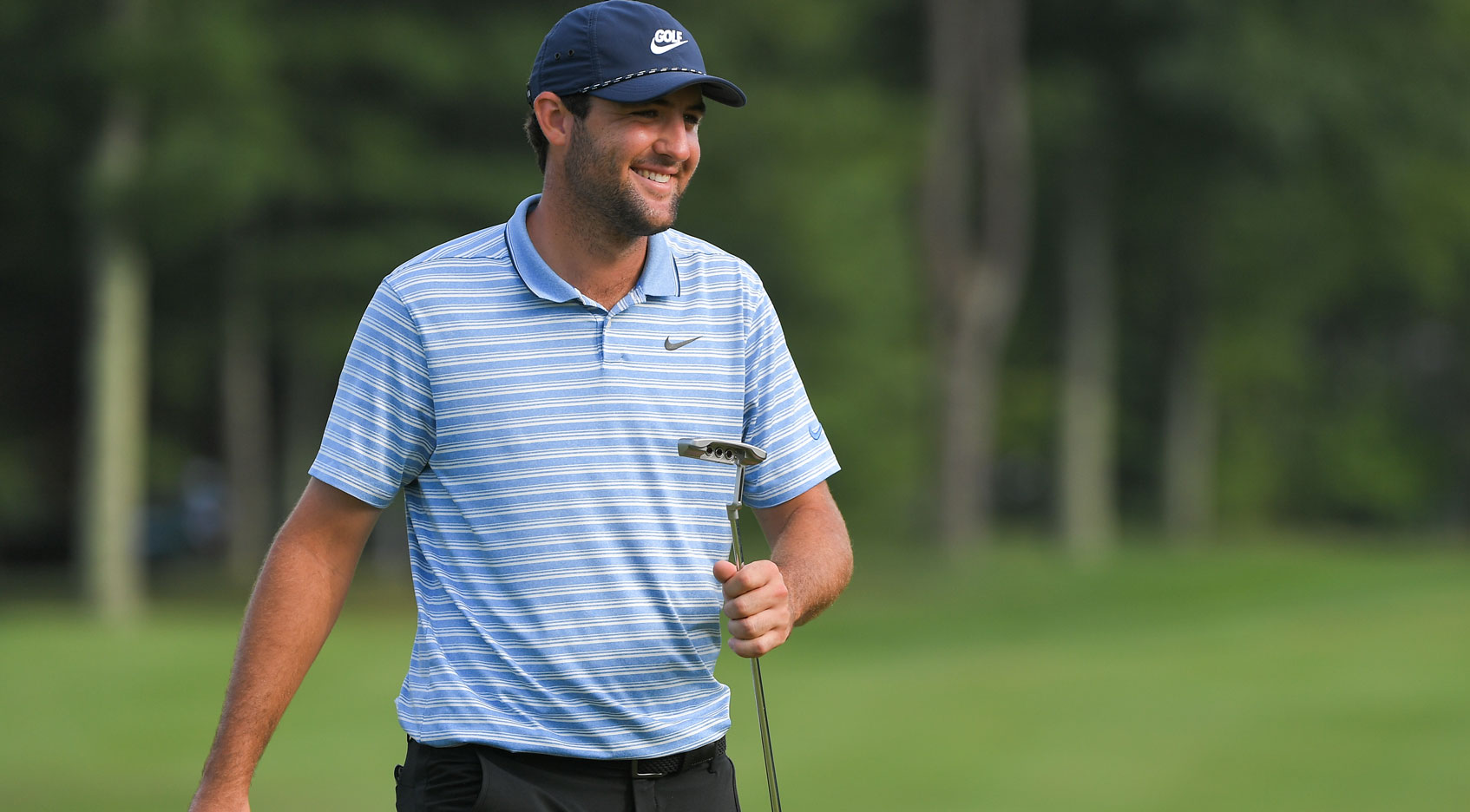 Scottie Scheffler won’t soon forget where he was when he was named the Arnold Palmer Award winner as PGA TOUR Rookie of the Year for the 2019-20 season.

It wasn’t exactly the celebration the 24-year-old had in mind, just prior to getting word of the win he tested positive for COVID-19 and had to withdraw from the U.S. Open and go into lockdown.

Instead of competing at Winged Foot as one of the form players – Scheffler played in the final group at the PGA Championship before finishing T4, he had the same result at THE NORTHERN TRUST while shooting a 59 and was also fifth at the TOUR Championship – he was at home in a small bubble riding out the disease.

His season included seven top-10s (six of which were top-5s) and 13 top-25s from 23 events. Now the Texan is ready to return this week at the Sanderson Farms Championship to kick off his encore performance.

“I had plenty of time at home to digest and plenty of time to reflect on the year. I felt like I had a really solid rookie season,” Scheffler said of his Palmer Award winning efforts as he sets up for a return at the Country Club of Jackson.

“If you had told me that was going to be my results going in, I would have been pleased. I would have liked to have had a win last year, but I feel like that’s coming on the horizon, and game feels like it’s in a good spot for sure. I had a lot of solid finishes, gave myself a lot of chances to win, and I feel like I’m getting close to breaking through.”

Scheffler is trying to see the bright side of the enforced time off that gave his body a chance to rest up a little. He was lucky enough to not feel the heavy brunt of any symptoms despite his positive test.

“I feel like I got a little break. Not a break I necessarily wanted, but I felt all right, so it’s good to be back out here feeling healthy again,” he said. “It obviously stunk, catching COVID. But I felt all right, and only one person I knew was also infected, and so we kept our circle pretty small, and it paid off for us.

“It definitely stunk sitting at home all week watching the U.S. Open, especially the way I was playing leading into it. I felt like I had a good chance of winning. It stunk, but it’s the world we live in. I felt okay, so very blessed to have felt good through all of it and came out on the other side recovered.”

Now he’s ready to get back into his groove on a course where he has finished T45 and T16 over the last two seasons.

“I feel my game is still in a good spot. I think there’s still a few areas that are a little rusty just from having not played tournament golf in the last three weeks … but hopefully I’ll pick back up soon,” he said.

“A good finish this week would be nice. Not really going to look too far into it. Obviously I’m here to win and that’s the goal, but really just trying to go out in the first round and do as best I can.”