CHARLOTTE, N.C. – Rory McIlroy had no problem admitting his opening 66 at the Wells Fargo Championship was as good as he could have posted.

“I felt like I hit it like I should have shot sort of 1 or 2 under par,” he said on Thursday. “I didn’t feel like it was a round where, not that I deserved to shoot 5 under, but I got the most out of it.”

Friday’s 70 was a different story.

“It’s a funny game. I stood up here last night talking about that I got the most out of it yesterday and today it was the complete opposite,” he said of his second round at Quail Hollow. “You know, I turned a 66 into a 70. Golf, it’s a funny game and these things happen.”

Despite his Day 2 stumble, McIlroy remained in the hunt for his third victory at the Wells Fargo Championship at 6 under, which was four strokes off the early pace set by Jason Dufner and Joel Dahmen.

There were encouraging moments for the Northern Irishman on Friday, most notably his driving which improved to 10 of 14 fairways hit – four fairways better than he was on Day 1.

His putting was a different story, with McIlroy needing 31 putts on Friday compared to 25 on Day 1. His strokes gained: putting numbers also dropped off, from 2.03 for the first round to minus 1.03 on Day 2. 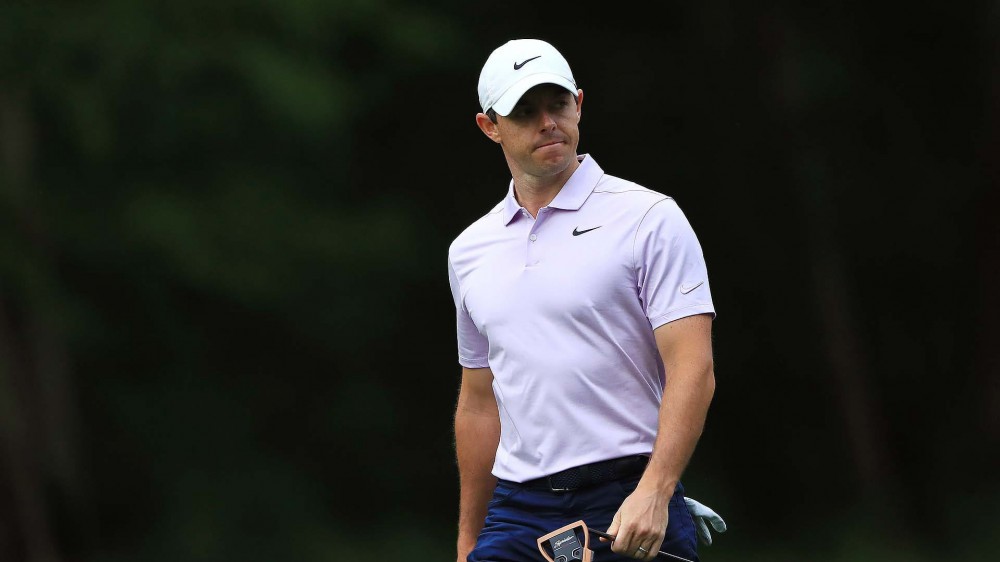