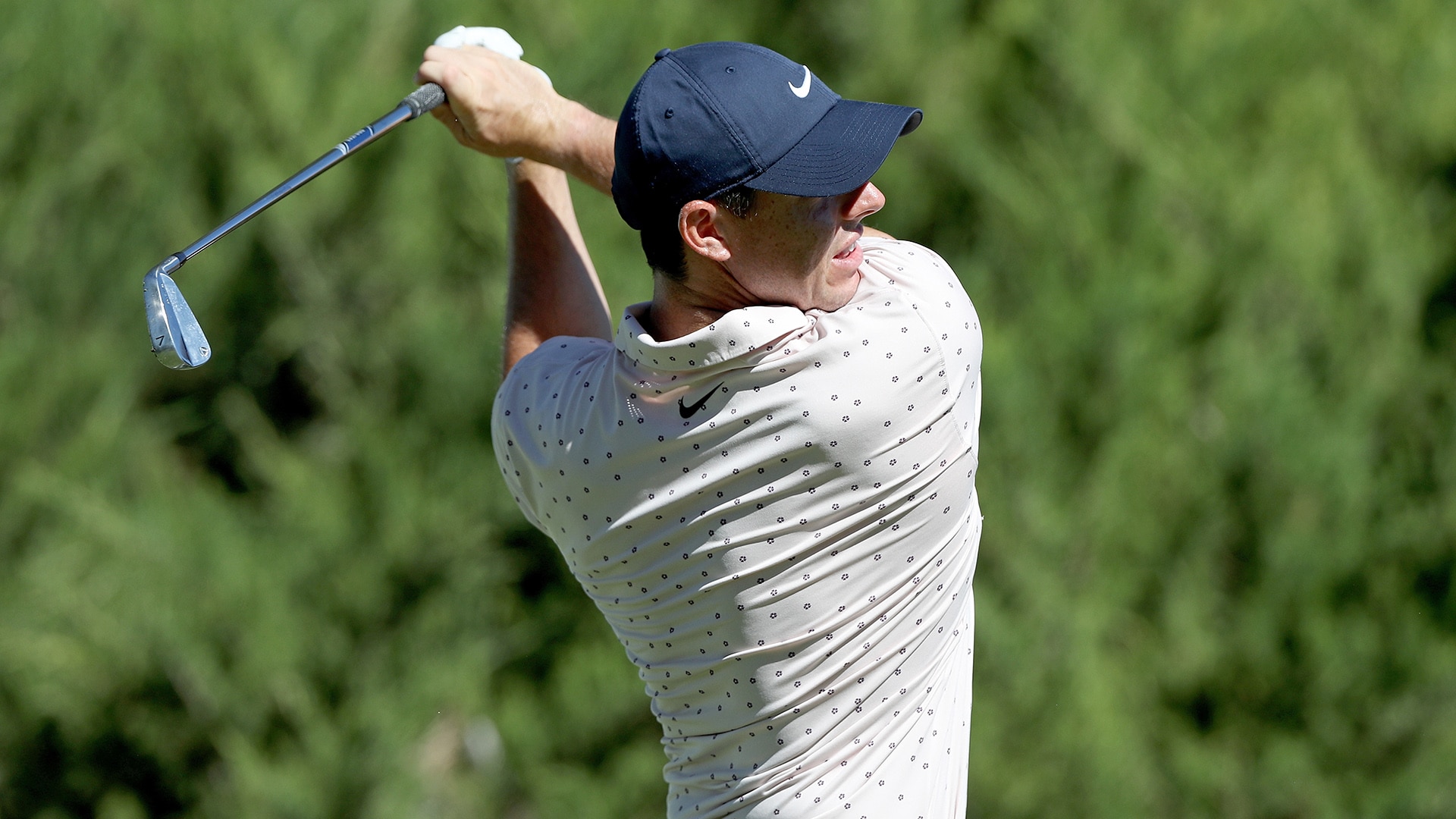 Rory McIlroy knows it’ll take a Herculean effort to chase down Xander Schauffele over the weekend at the CJ Cup, so he has set a different goal.

“Almost have a little bit of amnesia and forget about what I’ve just done,” he said after shooting 69 Friday.

McIlroy begins the weekend a dozen shots back of Schauffele, who opened with 66-64 at Shadow Creek.

After a first-round 73, McIlroy headed to the range to find some freedom in his swing. For the past two weeks he’s been grinding on the range, focused on positions, and it clouded his mind in the heat of competition.

“When you’re thinking so much about your golf swing and then someone says, ‘Well, just forget about it and go play,’ it’s very hard to do that when for two weeks solid all you’ve been thinking about is your positions and stuff. It just takes time,” he said. “Sometimes it takes a week to get out of it. But I did a better job of it today.”

McIlroy recalled a similar experience last year, when he missed the cut at the Memorial after having too many swing thoughts on the course. He fine-tuned his action over the weekend and then blew away the field the next week at the RBC Canadian Open.

McIlroy is hoping for a similar turnaround this year, because he has only a pair of top-10s in 10 events since the PGA Tour restarted in June.

“It’s going to take something very special to catch up to Xander,” McIlroy said. “But if I play well, I can post a good finish and give myself some confidence going into Sherwood.”