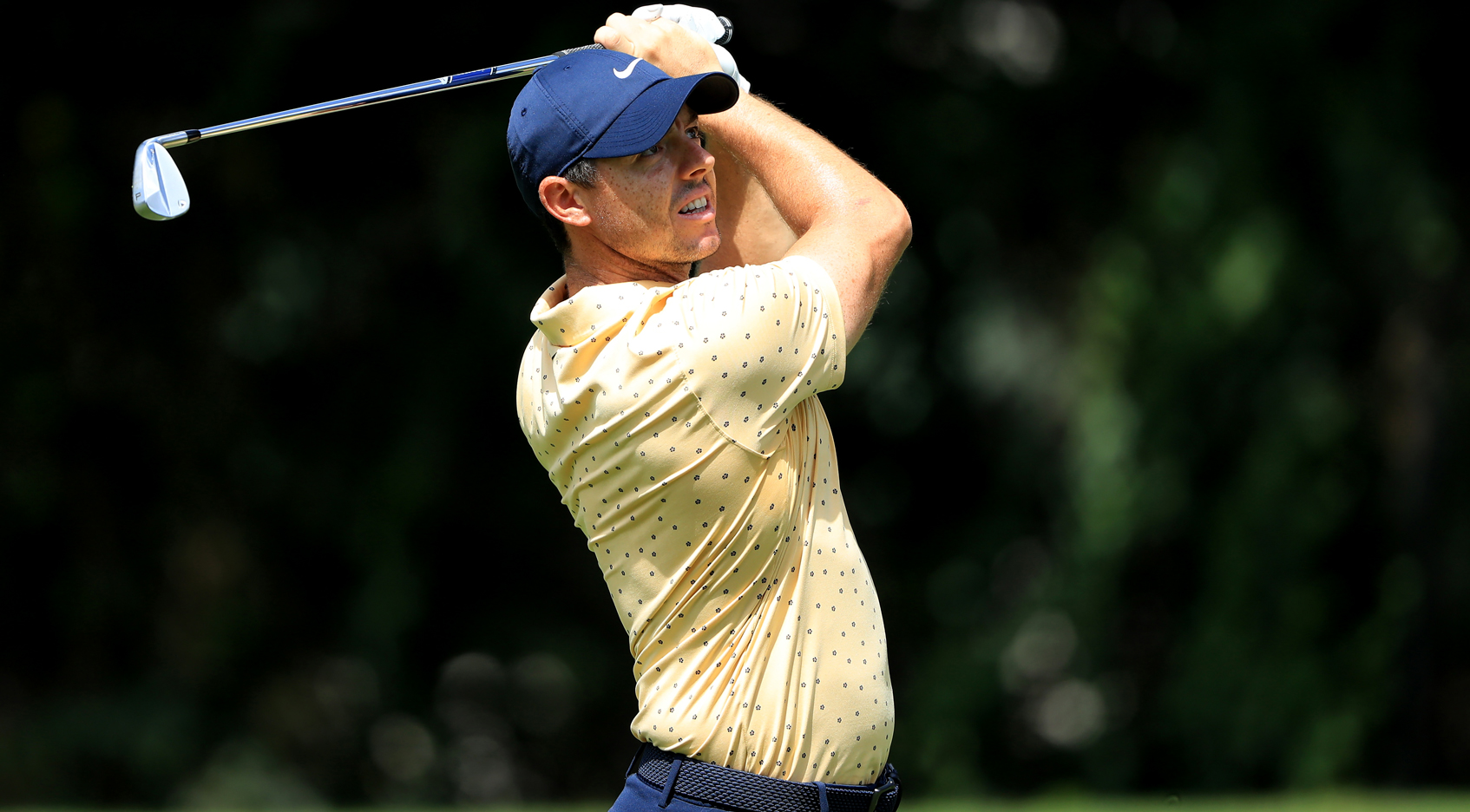 ATLANTA – This has been a life-changing week for Rory McIlroy. It could be a historic one, as well.

McIlroy and his wife, Erica, welcomed their first child, a daughter named Poppy, into the world Monday. With wife and baby safely at home, a rejuvenated McIlroy was able to find his form in time for the first round of the TOUR Championship.

RELATED: Full leaderboard | Season unlike any other comes to thrilling finish at East Lake

“Golf was the furthest thing from my mind the first few days this week,” he said. “And then once we got home on Wednesday and everything was good and mom and baby were healthy, that sort of took a load off my mind, and that meant I could come here and somewhat focus on what I’m supposed to do.”

McIlroy is trying to become the first player to successfully defend the FedExCup and win the season-long title three times. He and Tiger Woods are the only two-time winners of the FedExCup.

McIlroy started this week seven strokes behind FedExCup leader Dustin Johnson. His 64 matched the low round of the day, however, and allowed him to pick up three shots on the lead.

McIlroy started this season with six consecutive top 5s, including a win at the World Golf Championships-HSBC Champions, but the 2019 FedExCup champion has struggled since the season resumed.

His best finish in eight starts since the Return to Golf is T11. In his last five events, he’s a combined 2 over par and has just one finish better than 30th (a T12 at last week’s BMW Championship).

He admits it has been hard to focus without fans on-site and his pregnant wife at home. His caddie, Harry Diamond, carried a phone on the course and McIlroy was prepared to leave immediately if Erica went into labor. He doesn’t have to worry about that anymore.

Many players say fatherhood helps their game because it changes their perspective, and McIlroy is no exception. He didn’t touch a club this week until arriving at East Lake on Thursday.

“Golf was sort of the furthest thing from my mind, and sometimes that’s a good thing just to decompress and get away from it,” he said.

McIlroy birdied his first hole Friday, hitting a 331-yard tee shot on the uphill first hole and knocking his 137-yard approach to 7 feet. He shot 30 on the back nine, including birdies on his final three holes. He birdied the par-5 18th after hitting a 366-yard tee shot through the fairway. It was reminiscent of his drive in the playoff here four years ago, which McIlroy won to earn his first FedExCup.

Today was McIlroy’s 25th round at East Lake. He matched his career-low score at the annual site of the TOUR Championship. He shot a final-round 64 in 2016, when he holed out on the 16th hole and then won a playoff with Ryan Moore and Kevin Chappell.

Just like today, Johnson was the FedExCup leader and atop the TOUR Championship leaderboard on that fateful day four years ago. He shot a final-round 73, though, and lost his best chance to win the FedExCup.

Thursday’s 64 was McIlroy’s best round since a first-round 63 at the Travelers Championship in late June. He hit 14 greens Friday, including every one on the back nine, and holed two putts apiece from 10-15 feet and 15-20 feet.

“Whether I don’t feel like my game is in a good place or I’m not the favorite coming into a tournament, all that stuff, I feel like that’s when I usually play my best and I can play with a bit of freedom, and that’s what I did today,” he said.