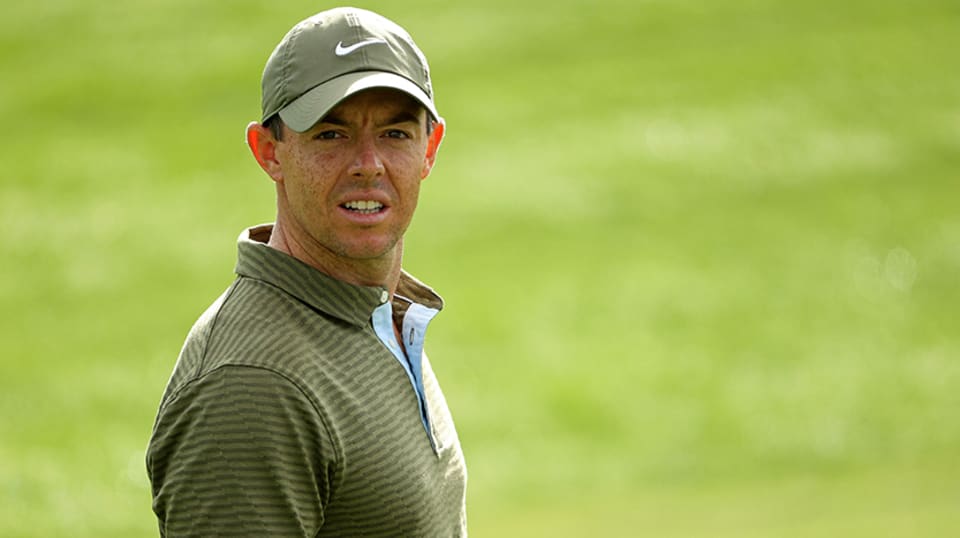 AUGUSTA, Ga. – When Rory McIlroy shot a 3-over 75 in the first round, it seemed his bid for the career Grand Slam was going to wind up in a missed cut.

Instead, he regrouped for a 6-under 66 in the second round to go into the weekend at 3 under.

Well behind leaders Abraham Ancer (67), Cameron Smith (68), Justin Thomas (69) and Dustin Johnson (70), McIlroy at least is still in the tournament with an outside chance. For that, he said, he can give partial credit to a fiery talking to from a close friend and Augusta member.

“Jimmy Dunne gave me a pep talk in between rounds going on to the range,” McIlroy said.

“It was colorful,” he said.

The driving range session itself was brief, but successful.

The results spoke for themselves. In round two McIlroy hit 10 of 14 fairways, like round one, but 15 greens, a big improvement over the nine he hit in the first round. He also took two fewer putts with 28.

He and the Masters have had a hot-and-cold relationship. He looked headed for the green jacket until a final-round 80 in 2011, and his best finish remains a 4th in 2015. His driving and right-to-left ball flight would seem to make him a perfect fit to win here, but he hasn’t been able to avoid disasters like the one that befell him at the 10th hole in 2011 and the 13th hole in round one.

If anything, McIlroy’s second round could have been even better. His tee-to-green game finally clicked, with the two-time FedExCup champion unleashing massive drives as he gave himself birdie chances. A towering tee shot airmailed the fairway bunker at the first hole (par), and he blasted past the right fairway bunker at the par-5 eighth (birdie), as well.

He looked less like the guy who managed only two birdies in the first round and more like he did in his last start, at the ZOZO CHAMPIONSHIP @ SHERWOOD, when he led the field with 29 birdies for the week, the best of his career.

“I honestly have been playing so good coming in here,” McIlroy said, “and then I go into the first round and I shoot 75, and I’m like, where the hell did that come from?

“I knew (the good play) was in there,” he continued, “it was just a matter of, as I said, just trusting a little more and being committed. It was better this afternoon.”