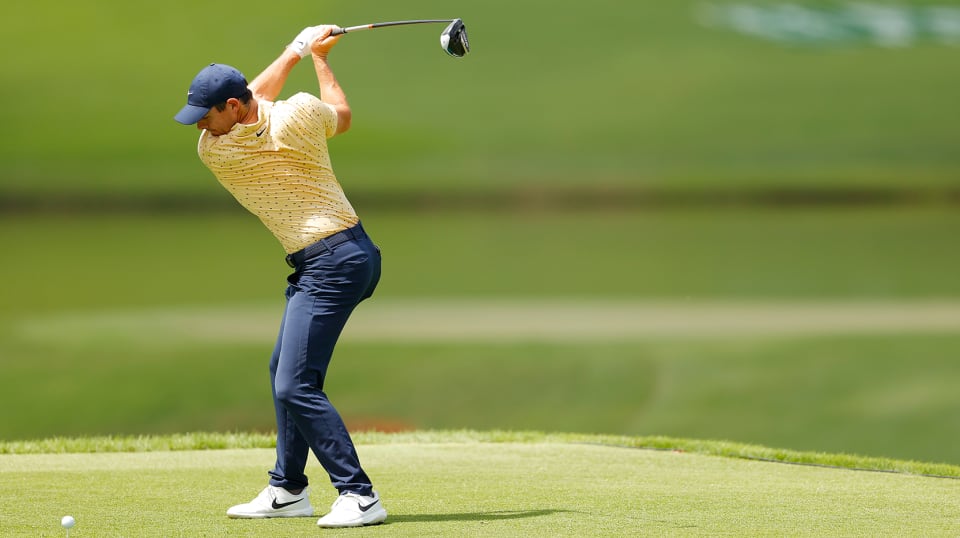 Last we saw 18-time PGA TOUR winner Rory McIlroy, more than three weeks ago, he was shooting a dispiriting final-round 75 to finish T8 at the U.S. Open in New York.

Bryson DeChambeau, meanwhile, was bludgeoning Winged Foot into submission, his Ruthian approach leading to a six-shot victory over Matthew Wolff. McIlroy, like countless others, could scarcely believe it. “It’s kind of hard to really wrap my head around it,” he said.

Well, he’s had time, and he’s hinting at bringing some extra firepower to THE CJ CUP @ SHADOW CREEK this week. With some speed work in the gym and a lighter shaft in his driver, he posted on Instagram that he’s getting up around 190 mph ball speed and 340 yards of carry.

Has he been inspired by DeChambeau? Well, yes, but only to a point.

“Yeah, for the last couple weeks I was working on some stuff,” McIlroy said from Las Vegas, where eight of the top 10 and 70 of the top 125 from the final 2020 FedExCup standings will take on Shadow Creek. “I think as a golfer, we’re so ingrained to trying to hit the ball where you’re looking, and I think with – I think that’s one of the great things that Bryson’s done.

“Bryson, when he speed-trains, he just hits the ball into a net, so he doesn’t really know where it’s going,” McIlroy continued. “He’s just trying to move as fast as he can … and sort of making the target irrelevant for the time being and then you can sort of try to bring it in from there. From what I’ve done and what I’ve been trying – you know, sort of experimenting with the last couple weeks – it’s the fastest I’ve ever moved the club, the fastest my body has ever moved.”

Distance, he added, has always been an advantage, whether it was the era of Jack Nicklaus; the heyday of Tiger Woods; or today. For most of his career, McIlroy has been at or near the top of the Strokes Gained: Off-the-Tee stat. Now he’s flirting with making one of his strengths even more of an asset. Still, he added, just because he has been experimenting with extra speed, that doesn’t mean he’ll always use it.

Justin Rose admitted he’s still just trying to hit the ball straight again, let alone far, but said he’s been taking note as McIlroy and others try to catch up to the TOUR’s new distance leader.

“I think I’ve seen the trickledown effect of what Bryson’s been doing,” Rose said, “and you’re seeing guys like Rory and even Justin Thomas – I’m hearing kind of rumors out on the range, everyone’s trying to crank it up a little bit, get a few more miles an hour.”

If this all feels a bit jarring, it might be because it seems like just yesterday that McIlroy, 31, was the pacesetter. A four-time major winner, he’s young enough to still be in his prime, or just entering it. He won THE PLAYERS Championship and his second FedExCup title just last year, but hasn’t found his A game since the TOUR returned in June. His last win was the World Golf Championships-HSBC Champions last November.

Now along comes DeChambeau, whose relentless innovation still invites criticism even as it succeeds. McIlroy took time out to clarify that he is not one of those critics.

“I called what Bryson did brilliant, and I think my comments maybe got taken out of context,” he said. “I said he’s taking advantage of everything we have in the game right now. I didn’t mean that in a bad way. I meant he has went to the nth degree of everything we have available to us: science, TrackMan, biomechanics, everything, all the knowledge that we have nowadays that golfers 20 years ago didn’t have access to because there just wasn’t enough knowledge out there.”

DeChambeau, McIlroy added, has to his credit been willing to go deeper down that rabbit hole than anyone else.

“He’s worked his ass off to do that and it’s paying off hugely,” McIlroy said.

How much will he, Thomas, Rose and others tear apart their own games in search of similar quantum leaps? Time will tell, but clearly the process has begun.

“I think it’s the way the game’s going,” McIlroy said. “I got sent a really good article last weekend, it was in the Wall Street Journal, just about every single sport becoming faster, longer, stronger, and I don’t think golf’s any different. I’m just trying to keep up with the way it’s going.”