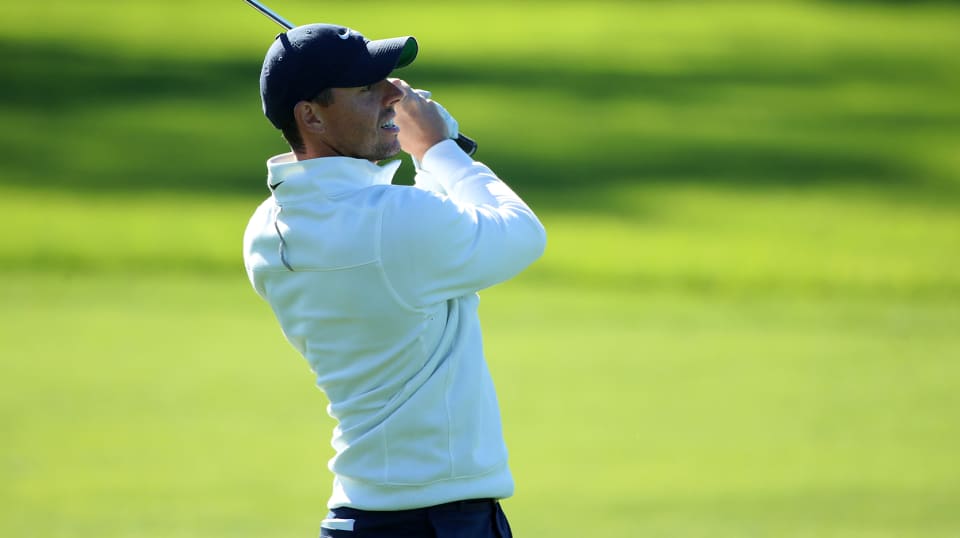 SAN DIEGO – Rory McIlroy’s actions in taking a drop for an embedded ball similar to Patrick Reed’s during the third round of the Farmers Insurance Open have been cleared along comparable lines.

“John Mutch, Ken Tackett and Gary Young have reviewed the Rory McIlroy videos from No. 18 yesterday and determined that it was virtually the same situation that Patrick Reed faced on No. 10 during the third round,” the PGA TOUR said via statement.

“It was reasonable for both players to conclude – based on the fact that they did not see the ball land, but given the lie of the ball in soft course conditions – that they proceed as the Rule allows for an potential embedded ball.

“They marked, lifted and assessed the situation to determine if the ball was embedded. Patrick went one step further and called in a Rules Official to be sure his assessment would not be questioned (although this step is not required). Both players took proper relief under the Rule 16/3. The Committee is comfortable with how both players proceeded given the fact that they used the evidence they had at the time.”

McIlroy’s second shot on the par-5 18th hole at Torrey Pines landed in deep rough on the right side of the fairway and although video footage showed it hopped, players and witnesses around the area were unaware of this fact.

As such McIlroy proceeded along proper guidelines, informed his playing partners, and took legal relief.

Reed’s approach shot on the par-4 10th hole sailed well left into deep rough. As he approached the ball, he asked a volunteer if the shot bounced after striking the ground. The volunteer said no, leading Reed to believe his ball may have embedded in the ground.

Under the Rules of Golf, players can check if their ball is embedded and receive free relief if it is.

The first three rounds of the Farmers Insurance Open have been played under lift, clean and place because of wet conditions, including more than an inch of rain that fell Friday. Torrey Pines is so wet that the agronomy staff was unable to mow before the third round, Nick Faldo said on the CBS telecast.

Before checking his ball, Reed told his playing partners, “Hey guys, I’m going to check it. They said it didn’t bounce.”

When rules official Brad Fabel arrived, Reed had already determined his ball was embedded and moved it. Reed then asked Fabel to check the ground for an indentation, saying, “Since I picked it up to check – it seems like it broke ground – but I want you to double check.”

Fabel said he did feel an indentation in the ground and determined that Reed’s ball had been embedded. He then guided Reed through the drop for relief.