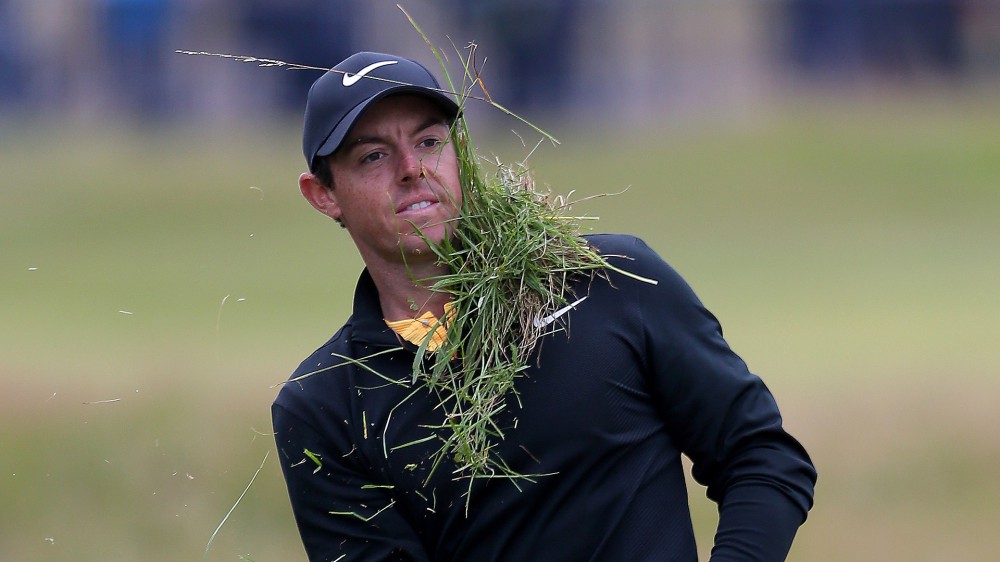 SOUTHPORT, England – Despite a finish that electrified the massive crowds at Royal Birkdale, Rory McIlroy was taking no moral victories from his final-round 67 at The Open.

“Lost opportunity,” he admitted after finishing at 5 under par for the week.

Although his closing effort, which included an eagle at the 17th hole, assured the Northern Irishman a T-4 finish, he couldn’t help but think what could have been after starting his week with five bogeys through his first six holes.

“I felt like I had a chance to get in a few shots better than I did yesterday,” said McIlroy, who rallied to shoot a 71 on Day 1. “Maybe I would have been able to put a bit of pressure on the guys in front of me. But that’s the way it goes. And just got to wait a couple weeks and try again at Quail Hollow [site of next month’s PGA Championship].”

McIlroy pulled to within four strokes of the lead midway through his round, but a bogey at the par-5 15th hole put an end to his title run and he was quick to turn his focus to his upcoming schedule that includes the WGC-Bridgestone Invitational and PGA.

“It was a step in the right direction, I guess,” said McIlroy, who had missed the cut in three of his last four worldwide starts. “Looking at what happened the last few weeks, which is obviously a lot better.”