McIlroy and Mickelson were paired together at Pebble Beach.

“Basically, all they are doing is copying what the Europeans have done,” McIlroy said.  “That’s what he said.”

The Europeans claimed their sixth of seven Ryder Cups with their victory at Gleneagles in 2014. That brought about a sea change in the way the United States approached the Ryder Cup. Mickelson called out the tactics in Gleneagles of captain Tom Watson, who was outmaneuvered by European captain Paul McGinley.

The Americans defeated Europe at Hazeltine two years ago with that new European model.

“He said the first thing they did in that task force was Phil played a video, a 12-minute video of Paul McGinley to all of them,” McIlroy said. “So, they are copying what we do, and it’s working for them. It’s more cohesive, and the team and the core of that team are more in control of what they are doing, instead of the PGA of America recruiting and someone telling them what to do.” 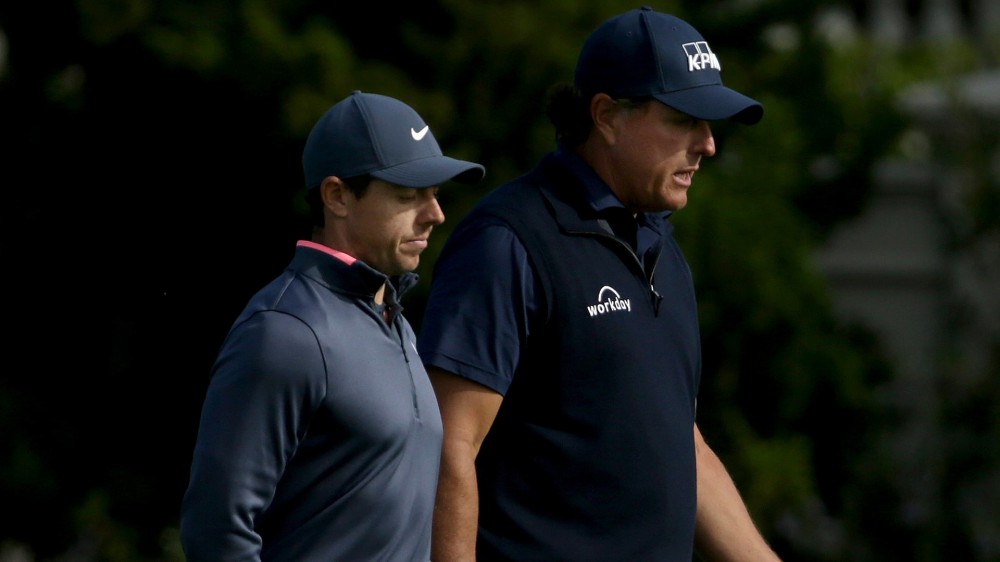 Not DJ, not Poulter: Kisner most proud to take down Kuchar

Inside the Field: Sentry Tournament of Champions