Barring one of golf’s great miracles, Rory McIlroy won’t be able to avoid finishing out a winless year Sunday in his final competitive round of the 2017 season.

His goal will be simpler than that when he tees it up on the Old Course at St. Andrews, 14 shots back at the European Tour’s Alfred Dunhill Links Championship.

“I’ll just go out and enjoy myself,” McIlroy said Saturday after posting a 4-under 68 at Kingsbarns. “It’s my last competitive round of the year. It’s going to be around St. Andrews, which is nice. Go out and enjoy myself, have a good time. Try and shoot a good score and end the season on a bit of a positive note.”

McIlroy, who narrowly made the cut Friday, fought through a third round that was a bit like the rest of his season. He made eight birdies at Kingsbarns, but there were setbacks.

“Yeah, it was a bit of an up-and-down day,” McIlroy said. “There were glimpses of good golf. I had eight birdies, two bogeys, and a double out there. So, there’s a bit of everything.”

After battling a nagging rib injury through most of the year, McIlroy is looking forward to some time off before working to bounce back in 2018.

“I’ve tried my best to play well and persevere and play through an injury, and it just hasn’t quite happened for me,” McIlroy said earlier this week. “I think this year has not been anywhere near as bad as the year I had in 2013, and I bounced back from that year pretty well the year after. Hopefully I can do the same next year, I guess.” 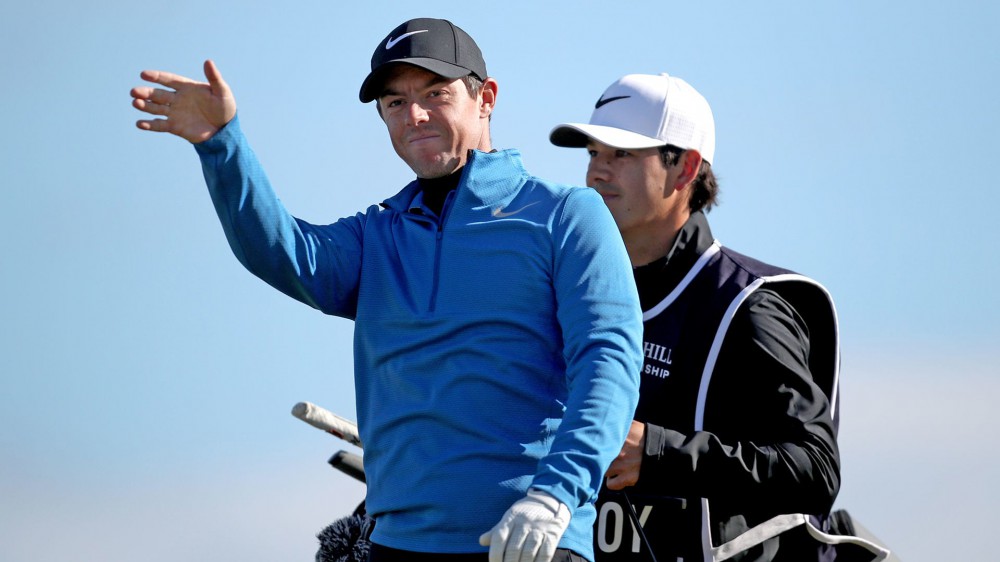