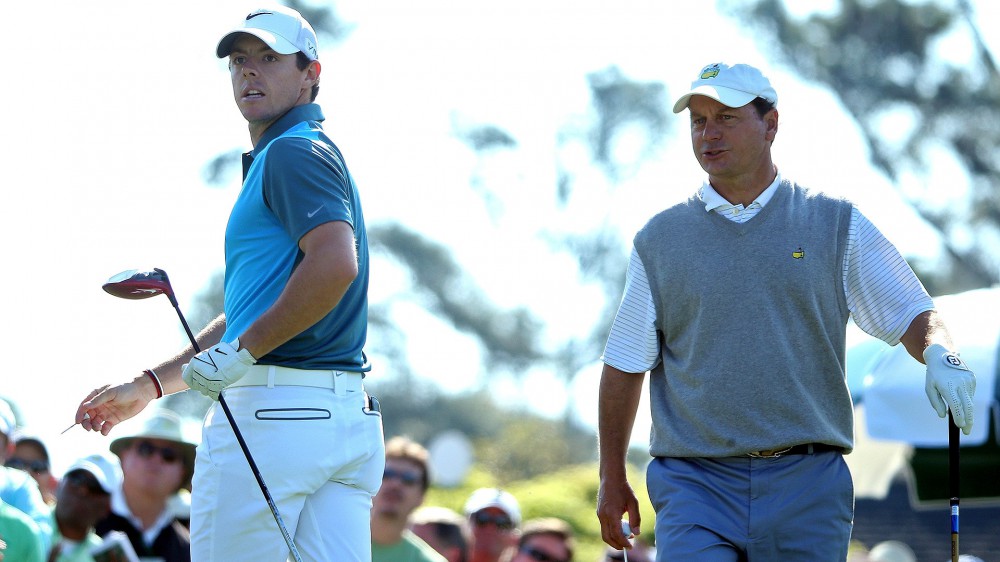 PALM HARBOR, Fla. – While Rory McIlroy was absent from the WGC-Mexico Championship, he used a rare break in his busy spring schedule to make a detour to Amen Corner.

McIlroy was on the grounds last week at Augusta National Golf Club, where he got in some early Masters preparation alongside his father, Gerry. The two McIlroy men also played a practice round with Augusta National member Jeff Knox, who regularly serves as a playing marker during the tournament when an odd number of players make the cut.

Knox memorably beat McIlroy when the two were paired together during the 2014 Masters, and he got the better of McIlroy on Thursday after the Ulsterman spotted him eight shots.

“I lost that match on the first tee,” McIlroy quipped.

But the trip proved to be good practice for McIlroy, who is making his debut at this week’s Valspar Championship in the first of three straight starts leading up to his bid to round out the final leg of the career Grand Slam.

“Conditions were good. Feel like every week they ramp it up,” he said. “The golf course is in great shape. They probably could have turned on the sub-air system and could have had the tournament in a couple of days’ time.”

McIlroy’s form from the European Tour’s Desert Swing has yet to translate to the U.S., where his first three starts have netted a missed cut (Pebble Beach), T-20 (Genesis) and T-59 (Honda). While he doesn’t have the momentum of some of the other names near the top of the world rankings, he’s eager to return to Augusta National and play with a green jacket on the line.

“Totally ready,” McIlroy said. “I’d be happy to go to Augusta tomorrow and play, and feel like I have a good chance.”