Rory tired of the near-misses, determined to close

CROMWELL, Conn. – Rory McIlroy has returned to the Travelers Championship with an eye on bumping up his winning percentage.

McIlroy stormed from the back of the pack to win the Arnold Palmer Invitational in March, but that remains his lone worldwide win since the 2016 Tour Championship. It speaks to McIlroy’s considerable ability and lofty expectations that, even with a number of other high finishes this season, he is left unsatisfied.

“I feel like I’ve had five realistic chances to win this year, and I’ve been able to close out one of them. That’s a bit disappointing, I guess,” McIlroy said. “But at least I’ve given myself five chances to win golf tournaments, which is much more than I did last year.”

The most memorable of McIlroy’s near-misses is likely the Masters, when he played alongside Patrick Reed in Sunday’s final group but struggled en route to a T-5 finish. But more frustrating in the Ulsterman’s eyes were his runner-up at the Omega Dubai Desert Classic, when he led by two shots with eight holes to go, and a second-place showing behind Francesco Molinari at the BMW PGA Championship in May.

“There’s been some good golf in there,” he said. “I feel like I let Dubai and Wentworth get away a little bit.”

He’ll have a chance to rectify that trend this week at TPC River Highlands, where he finished T-17 last year in his tournament debut and liked the course and the tournament enough to keep it on his schedule. It comes on the heels of a missed cut at the U.S. Open, when he was 10 over through 11 holes and never got on track. McIlroy views that result as more of an aberration during a season in which he has had plenty of chances to contend on the weekend.

“I didn’t necessarily play that badly last week. I feel like if I play similarly this week, I might have a good chance to win,” McIlroy said. “I think when you play in conditions like that, it magnifies parts of your game that maybe don’t stack up quite as good as the rest of your game, and it magnified a couple of things for me that I worked on over the weekend.” 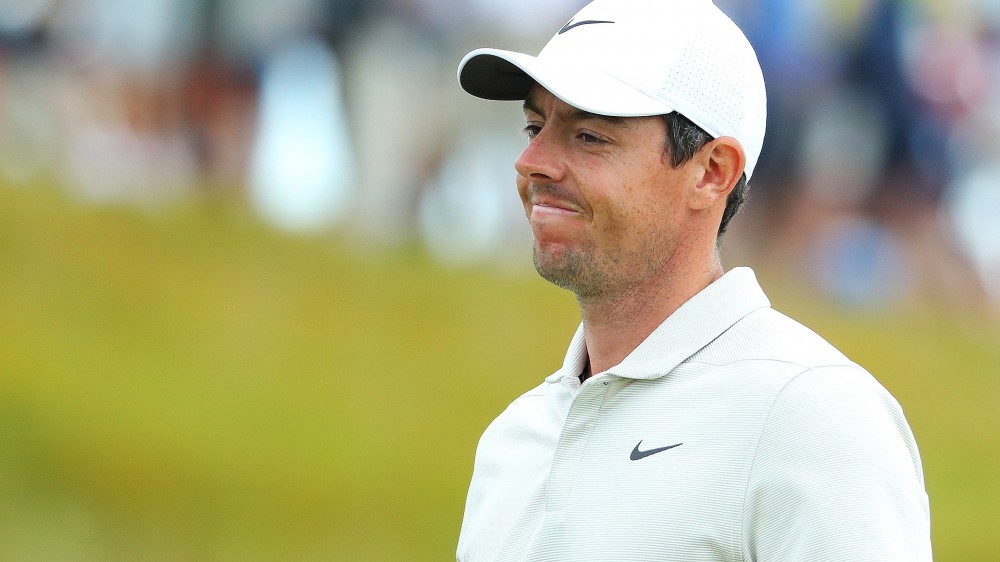