ST. LOUIS – Rory McIlroy had some advice for Jordan Spieth – you know, from one guy searching for the career Grand Slam to another.

“Less expectations is better,” McIlroy said Tuesday during his pre-PGA Championship news conference. “Trying to take pressure off yourself, trying to treat it like any normal week, just trying to win the golf tournament that week and put it out of your head what winning this golf tournament would mean in terms of your legacy and your place in the game.”

This is Spieth’s second crack at becoming just the sixth player to win all four majors – last year, he tied for 28th at Quail Hollow. McIlroy has gone 0-for-4 at Augusta National since capturing the third leg of the slam in 2014, but he’s finished in the top 10 in all four attempts.

“I can probably relate a little bit to what he’s feeling, but it’s a great position to be in,” McIlroy said. “Not many people have a chance to do something like that. It’s really cool to be a part of that conversation, and I think you have to embrace it, you have to relish it, you have to just go at it and know that, if you do win this week, you’re going to join a very, very elite club.

“It’s a big deal, but once you get out on the golf course and start the tournament, all you’re thinking about is trying to shoot good scores and hit good shots. He’s shown over the past few years that he’s mentally very good, so I’m sure he won’t have a problem.”

McIlroy has a pair of PGA titles, in 2012 at Kiawah Island and again in 2014 at Valhalla, and is considered one of the favorites here at Bellerive. 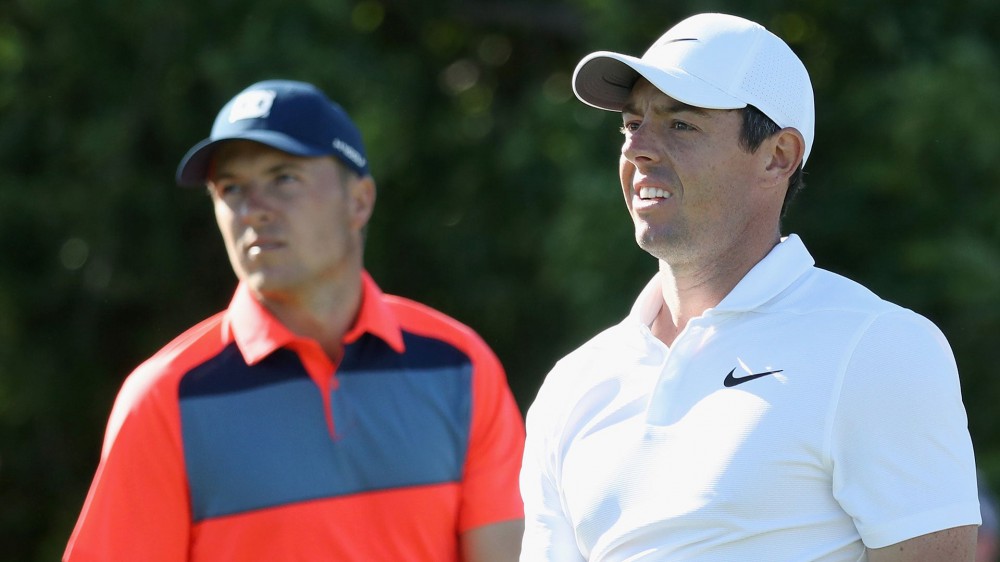