Viktor Hovland came away from his first Masters with more than the Silver Cup for low amateur honors and a pair of crystal highball glasses for his eagle at the 13th hole in Friday’s second round. The U.S. Amateur champion used his Augusta National experience as an education. During the course of the week he played practice rounds with seven major champions, gleaning the type of knowledge that can prove to be invaluable in foreseeable future trips to the Masters, his collegiate golf at Oklahoma State – including the upcoming NCAAs, where the Cowboys are hoping to win back-to-back titles for the first time in school history – and this summer’s appearances in the U.S. Open and Open Championship, courtesy of his U.S. Am triumph.

“For all the guys I’ve caddied for in the majors, he was the most calm,’’ said Oklahoma State coach Alan Bratton of Hovland. “He talked a lot, but I think he surprised himself at how at peace he was. As it relates to the [NCAA] national championship, I think it did a lot of good for him and I think it bodes well for the team.” 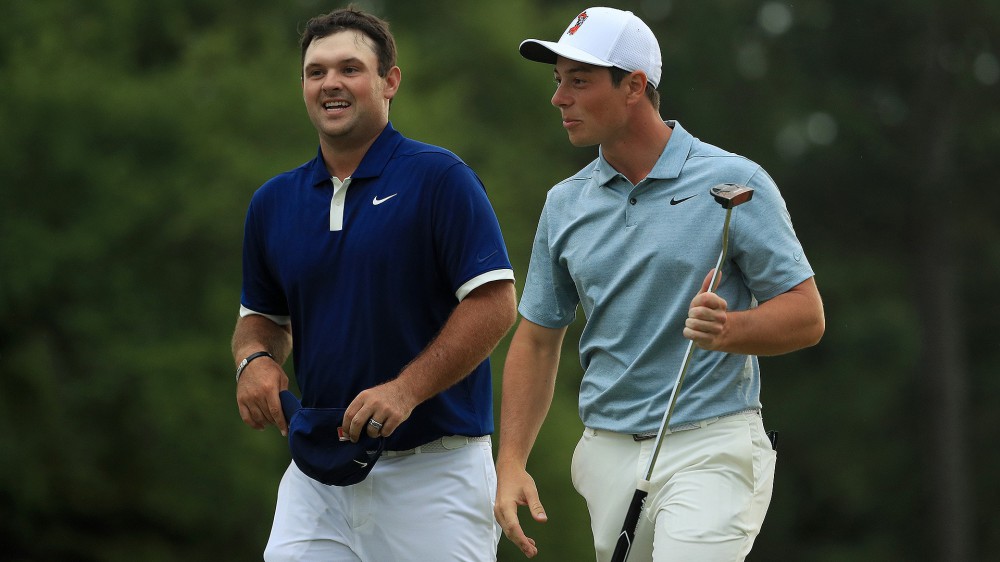 Hovland played with Sergio Garcia (Monday of Masters week); with Bernhard Langer (Tuesday); with Dustin Johnson and Brooks Koepka (Wednesday), in a game set up by Rickie Fowler; and in groupings with Patrick Reed and Webb Simpson (Thursday-Friday) and Jimmy Walker (Saturday.) Hovland’s first major start also gave the 21-year-old Norwegian an opportunity to compare his game against those who have won not only the Masters (Garcia, Langer and Reed), but the U.S. Open (Johnson, Koepka and Simpson), and the PGA (Walker and Koepka), too.

One of the favorites for this year’s Haskins, Hogan and Nicklaus awards for the nation’s top collegiate/amateur player, Hovland finished T-32 at Augusta National with a final-round 69 that placed him ahead of Reed, Walker and Tommy Fleetwood.

“It showed me I can compete with these guys,” Hovland told me between classes this week. “The bigger lesson for me is that I was able to see that and realize my game is not that far off. That was my biggest take away for the week.” 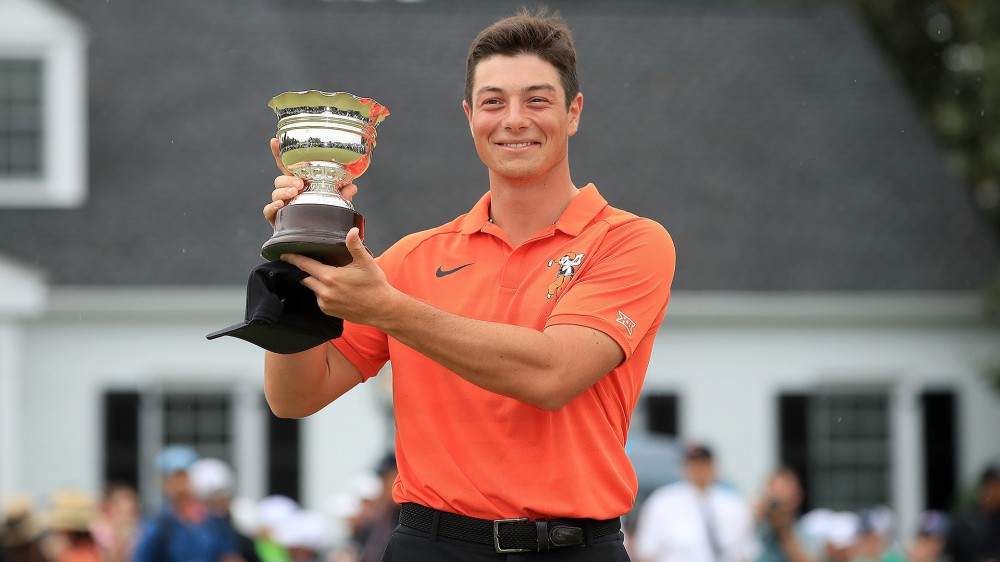 Casey (66) posts best-ever round in a major