ATLANTA – Like the “Price is Right” big wheel, $10 million spun around and around on Sunday, waiting to land on someone. It rolled past Dustin Johnson, looked like it was going to settle on Tiger Woods, and then made a final tick to rest on an ecstatic Justin Rose.

Rose won the FedExCup title on Sunday at the Tour Championship, two-putting for birdie on the par-5 18th to secure the big bonus. Woods, who won the tournament, finished second, with Bryson DeChambeau third.

“I think as a kid I would have said I’m a major champion [2013 U.S. Open], that was the most important to me,” Rose responded when asked where this accomplishment ranked in his career. “The Olympic gold medal has become as important to me just based upon people’s reaction to it and how special it’s felt. Reaching world No. 1, again, in recent weeks has become a third string to my bow, if I’m to simplify my career. And now FedExCup champion would be right there. I now have a four-string guitar. I’m now a base player. Hopefully, I can kind of add a few more strings. Would be nice to end up with a harp. Yeah, this is obviously right up there with everything I’ve achieved.”

Rose entered the final round as the projected winner, tied for second in the event, three shots back of Woods. However, it was a struggle from the start for the – now former – world No. 1. Rose made four bogeys and one birdie over his first 15 holes, and when he bogeyed the par-4 16th, the scenario became clear: Play the last two in 1 under or lose the cup.

Johnson had an outside shot at claiming the $10 million, but parred the last. He finished in solo third place, four back of Woods.

Woods, meanwhile, was in command of the tournament from the start on Sunday. He played steadily, for the most part, and no one provided a challenge. In order to win the cup, he needed to win the event – which was close to a lock all day – and Rose needed to finish in a three-way tie for fifth or worse.

So, here he was, Rose, tied for SIXTH place on the 18th hole. A birdie and he’d jump into a three-way tie for fourth – as well as into a mountain of cash.

“I was trying to do my best to win this golf tournament and scoop the double jackpot,” Rose said. “[D]efinitely with five, six holes to play, it was pretty precarious. I was in a great position around the turn, and then things just got tricky out there.”

Rose hit the par-5 18th in two and successfully two-putted to clinch the cup. He didn’t win a playoff event, but his MC-2-2-T4 results were good enough, points wise, to capture the season-long race. And don’t forget, he also won twice this season, doing so at the WGC-HSBC Champions and the Fort Worth Invitational.

“I think the reason I’m sort of standing here today as FedExCup [champion] is largely to do with the consistency with which I’ve played,” Rose said. “Obviously had a couple of wins on the PGA Tour, as well, this year, and managed to keep that going into the playoffs with finishing the year with three top-5s.

“There were a lot of scenarios at play. That’s what the beauty of this format is. I think obviously for me this year it rewarded consistent golf.” 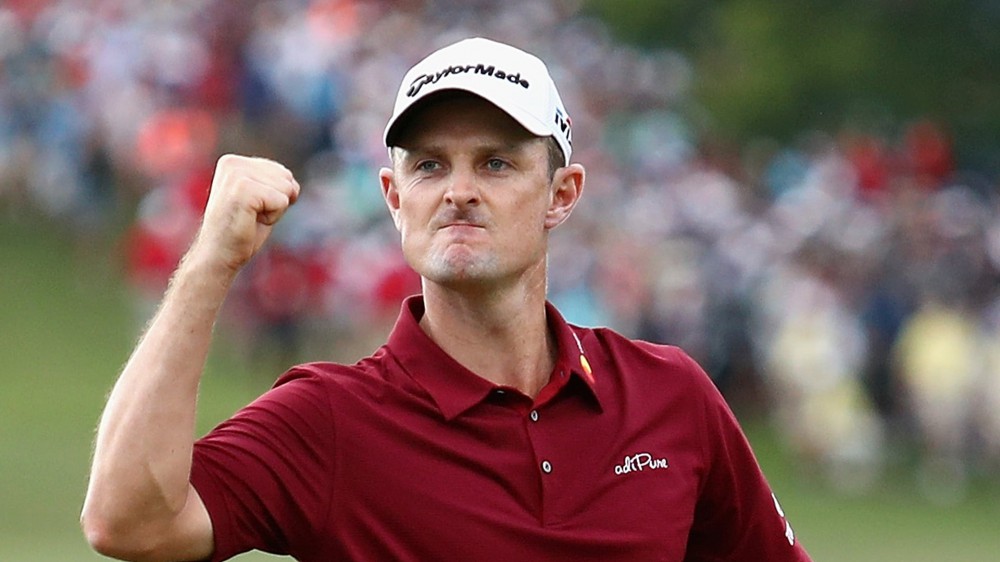