ORLANDO, Fla. – Walking to the 16th tee Thursday at Bay Hill, Justin Rose drew a line on his scorecard.

He was 4 over through six holes, with a triple-bogey 7 on his card, and he decided he was going to “start something new.”

“You have a choice, basically,” Rose explained after the round. “You tell yourself a different story. Yeah, I could have been frustrated, obviously after five holes, and thinking about Friday and the cut, and what if and what might be, and this and that and the other, but I said, I chose to tell myself a different story – I wasn’t out of this golf tournament.”

At that point, he was only trying to make his way back to even par, which he would have considered a victory.

But after drawing that line on his card, Rose played the rest of the golf course 7 under par to sign for a 3-under 69. He turned what could have been a wasted week into a tie for fifth on the early leaderboard.

Rose is playing his first two rounds alongside Bubba Watson and Patrick Reed, the latter of whom found “comfort” in watching Rose rally back.

“We had a really fun day out there,” Rose said. “Patrick Reed had a similar day, but in a better way. He had it to 3 under, dropped back to even and obviously got it to 4 under. So he had a good comeback himself. And Bubba played solid. So it was a nice three-ball to be a part of.” 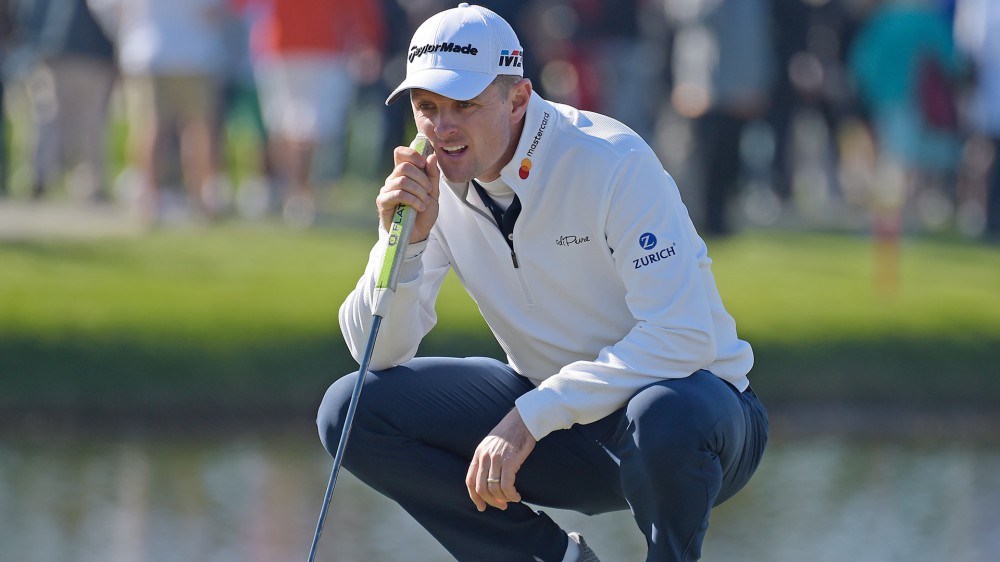