Rose rallies from 8 back to stun DJ at WGC

Justin Rose pulled off a shocking victory Sunday in Shanghai after Dustin Johnson blew a six-shot lead in the final round. Here’s the lowdown from a wild day at the WGC-HSBC Champions.

What it means: DJ was looking to become the first player to win three WGC titles in a calendar year, but instead he left Shanghai empty handed following a shocking final-round 77. Rose was eight back to start the day and six strokes behind Johnson with eight holes to go, but then the Englishman birdied Nos. 11, 13, 14, 16 and 17 to post a 5-under 67. Stenson and Johnson were both unable to eagle the par-5 18th, and Rose secured his eighth career title and his first win since capturing the gold medal last summer in Rio. Rose is expected to move back inside the top 10 in the World Ranking on Monday after winning his second WGC title.

Round of the day: With his stellar back nine, Rose was able to match Phil Mickelson (T-15) for low round of the day. Lefty posted his first sub-70 round of the week thanks to an eventful final round that included an eagle, seven birdies and four bogeys.

Biggest disappointment: While David Lipsky (10-over 82) had the highest round on Sunday, Johnson was no doubt the biggest disappointment. DJ failed to make a single birdie all day, and needing an eagle at the par-5 18th to tie Rose, the world No. 1 hit his second shot into the water. Johnson joined Greg Norman (1996 Masters) and Sergio Garcia (2005 Quail Hollow) for the largest blown lead in the final round in PGA Tour history.

Shot of the day: Rose essentially cemented his victory when he knocked his tee shot on the par-3 17th to 2 feet.

This birdie on 17 means Justin Rose hits the top. pic.twitter.com/IU7l9saasi 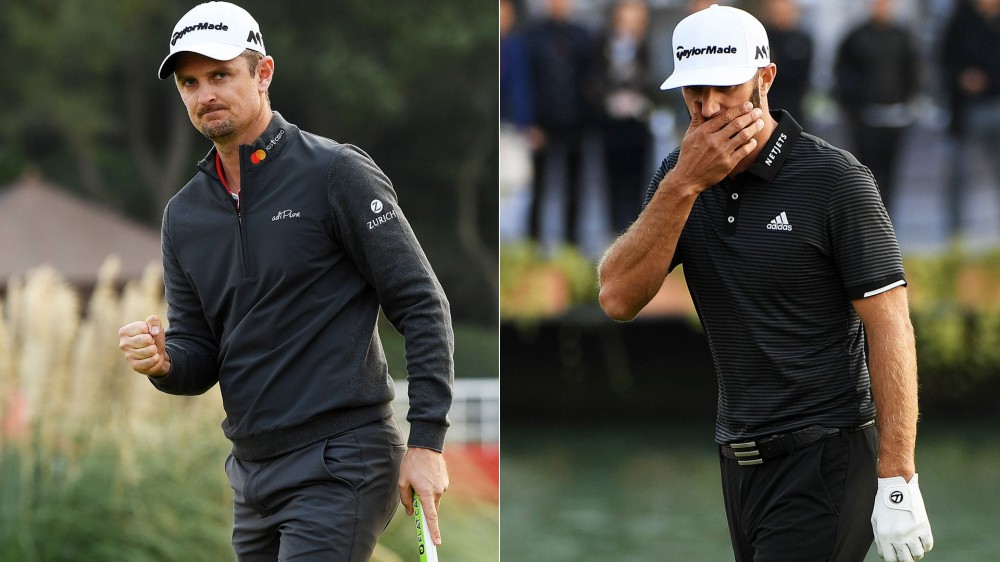 Best par save ever? After two in water, Bae holes out from 250 yards